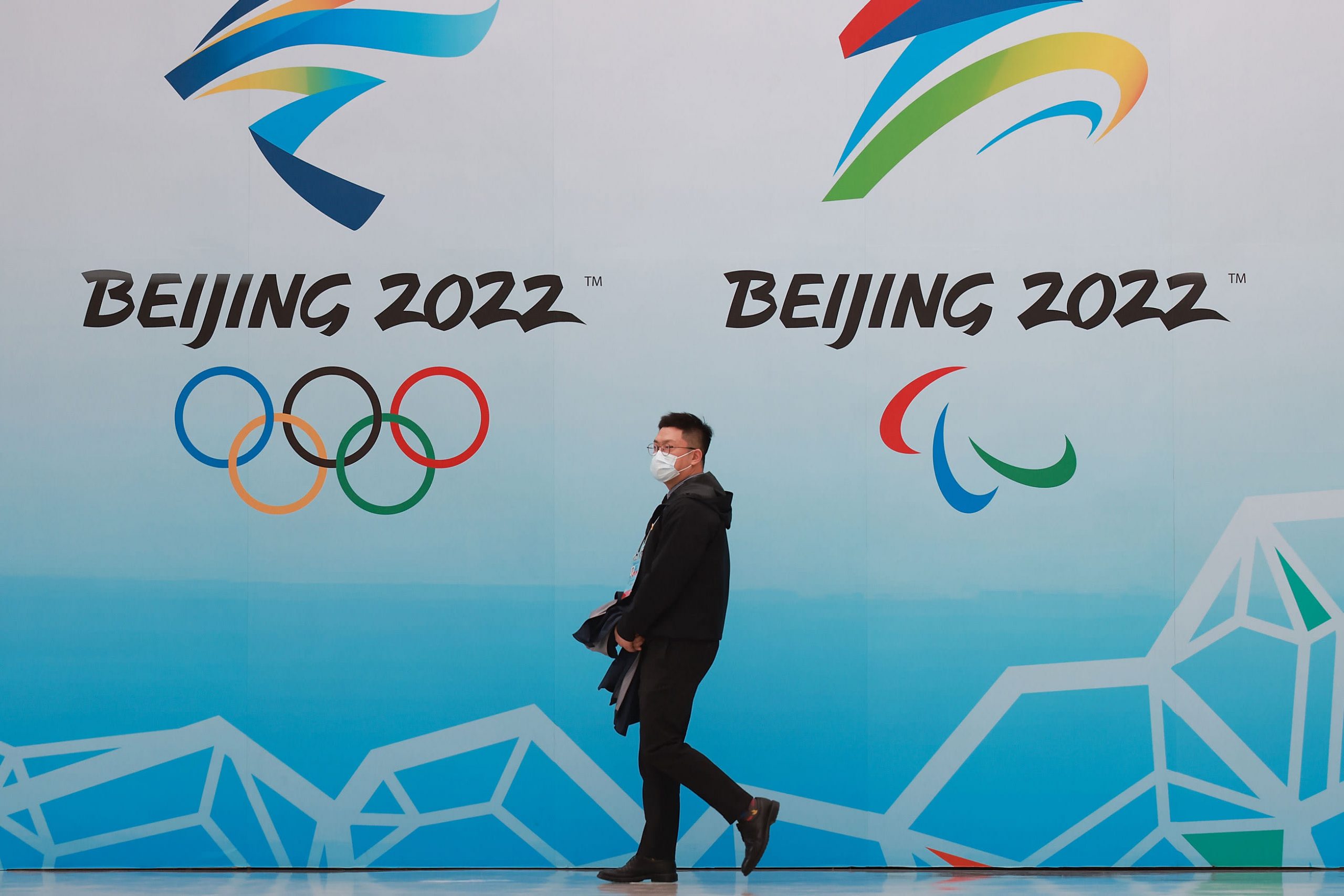 A Chinese man wears a protective mask as he walk in front the logos of the 2022 Beijing Winter Olympics at National Aquatics Centre on April 9, 2021 in Beijing, China.Lintao Zhang | Getty ImagesHouse Speaker Nancy Pelosi, D-Calif., on Tuesday called for a “diplomatic boycott” of the 2022 Winter Olympics in Beijing in response to China’s human rights record.”We cannot proceed as if nothing is wrong about the Olympics going to China,” Pelosi told Congress’ Human Rights Commission and the Congressional-Executive Commission on China during a hearing on the games.Pelosi suggested in her remarks that athletes should still be able to compete in the games but that world leaders and royalty should not travel to attend them in person.”For heads of state to go to China, in light of a genocide that is ongoing while you’re sitting there in your seats, really begs the question: What moral authority do you have to speak about human rights any place in the world if you’re willing to pay your respects to the Chinese government as they commit genocide?”Pelosi blasted corporate sponsors of the games who “look the other way on China’s abuses out of concern for their bottom line.” She specifically called out companies that reportedly lobbied to weaken parts of a bipartisan bill targeting the use of forced labor in the Xinjiang region.”If we don’t speak out against human rights violations in China for commercial reasons, we lose all moral authority to speak out for human rights anywhere,” Pelosi said.China has called allegations that it violates the human rights of Muslims in Xinjiang “lies and disinformation.”The games are set to open on Feb. 4, 2022.Pelosi acknowledged that her proposed diplomatic boycott may not work. “I don’t know if it’s possible, because we have not succeeded in the past,” she said.In 2008, Pelosi called on then-President George W. Bush to boycott the opening ceremony of the Summer Olympic Games in Beijing in protest of China’s human rights record, which at the time was marred primarily by the government’s crackdown in Tibet.Bush attended the opening of those games, along with more than 80 other heads of state.Activists and lawmakers of both parties have called on President Joe Biden to bow out of the 2022 Olympics in protest. They cite China’s reported treatment of Uyghur Muslims in Xinjiang — which both the Trump and Biden administrations have called a genocide — as well as Beijing’s response to protests in Hong Kong.The U.S. Olympic and Paralympic Committee has said it opposes boycotts, in part because they impact athletes who have spent years training to compete.The White House has previously left the door open for a boycott, but press secretary Jen Psaki said last month that such a move was not being discussed.”While China has changed over 30 years in some respects, it is appalling that its human rights record has worsened,” Pelosi said in the virtual hearing Tuesday afternoon.Pelosi stressed that she is a dedicated Olympics fan and views athletes’ performances in the games as a source of pride.”Let’s honor them at home,” Pelosi said. “Let’s not honor the Chinese government by having heads of state go to China to show their support for their athletes.””Silence on this issue is unacceptable. It enables China’s abuses,” Pelosi said.