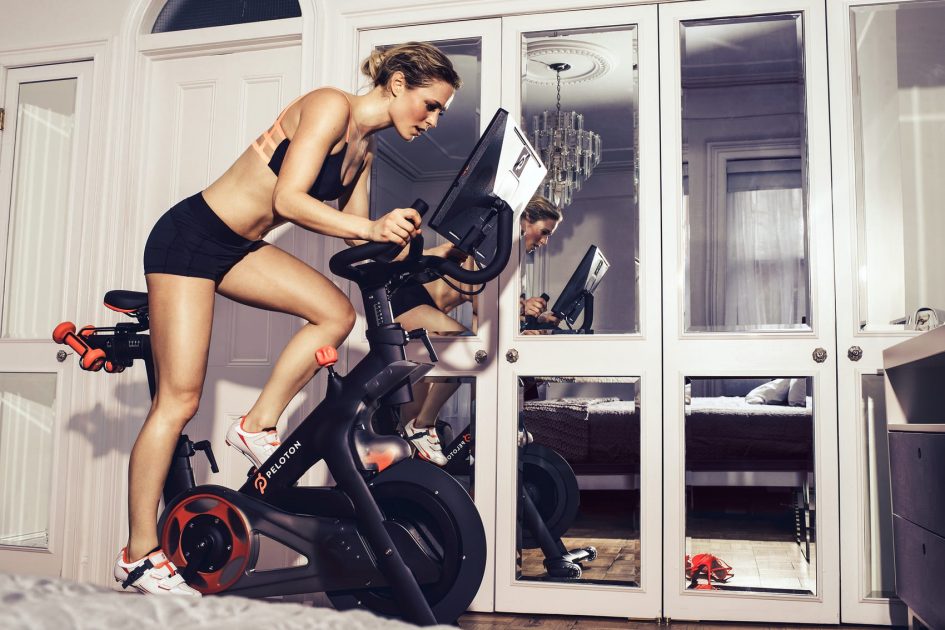 Just as Peloton was gearing up to go public earlier this year, the maker of home stationary bikes was slapped with a $150 million lawsuit for alleged copyright infringement. The case had nothing to do with the company’s rapidly growing business of selling exercise equipment and subscriptions for interactive classes.

Rather, about 10 music publishers and artist groups came together in March to sue Peloton for the “knowing and reckless” use of over 1,000 musical works for several years without the license “for a single one of those songs.”

The intricacies of the music industry and its litigiousness regarding digital rights loom large in Peloton’s IPO prospectus released on Tuesday. While revenue more than doubled in the past year to $915 million and subscribers increased a similar amount to over 500,000, the company has to make sure it’s properly paying out royalties to a tangled web of songwriters, performers, publishers and other rights owners every time a cyclist or treadmill runner hears a tune from Bruno Mars, Rihanna or Lady Gaga.

It’s not a fun place to be. Just ask Pandora, which was constantly under assault for its royalty structure until Sirius XM acquired the company earlier this year, and is still not out of the woods. Or Spotify, which has faced six lawsuits in the past two years “alleging unlawful reproduction and distribution of musical compositions,” according to its latest annual report. In December Spotify closed one of those cases, agreeing to a settlement with Wixen Music Publishing, which had sued for $1.6 billion.

“Music licensing is incredibly complex,” said Jeff Yasuda, co-founder and CEO of Feed.fm, a start-up that handles the technology and licensing of content so businesses can offer music as part of their service. “There are three major labels but there are probably 10 different publishers who are involved and there are independent labels. Then there’s the question of — is this interactive, is it on-demand or is it radio?”

A Peloton spokesperson declined to comment for this story, citing the pre-IPO quiet period.

Instead of using an outside tech provider to handle content rights management, Peloton opted to own the process. In June 2018, it acquired Neurotic Media for close to $30 million, nabbing a 17-year-old Georgia company that had established relationships with content owners and provided the back-end music service for campaigns run by Heineken, Outback Steakhouse and J.C. Penney.

According to the IPO filing, Peloton “acquired Neurotic primarily to automate and streamline content rights management on its platform, and to enhance Member engagement through new music features.”

Peloton classifies its royalty agreements as “content costs for past use.” The company spent $16.4 million on content in the 12 months ended June 30, only about $1 million more than it spent two years earlier. Peloton said its profit margin for subscriptions has improved because content costs have been relatively flat while subscriber numbers have increased dramatically — almost five-fold in that span.

Still, the existing lawsuit from music publishers and the threat of future litigation is a key risk for investors to consider. After the March suit was filed, Peloton CEO John Foley told customers in a letter that the company had been in “fruitful discussions” with the named publishers, but “out of an abundance of caution” was temporarily removing classes featuring their songs. A month later, The Verge published a story saying riders were complaining about “a significant downgrade in music quality” following the changes.

Around that time, Peloton countersued the plaintiffs, alleging that they “coordinated to collectively negotiate licenses in violation of the antitrust laws.” Discovery in the case is ongoing, and Peloton promises in the prospectus to “defend the claims made against us and prosecute the counterclaims presented.”

It makes sense that Peloton wouldn’t roll over on a $150 million suit and that it would continue to seek a longer-term solution for dealing with royalty payments for music, an important part of the experience. But for a company trying to sell expensive workout bikes — they start at $2,200 — and to get those paying customers renewing their $39 monthly subscriptions, the digital music spat represents a potentially costly and unpredictable sideshow.