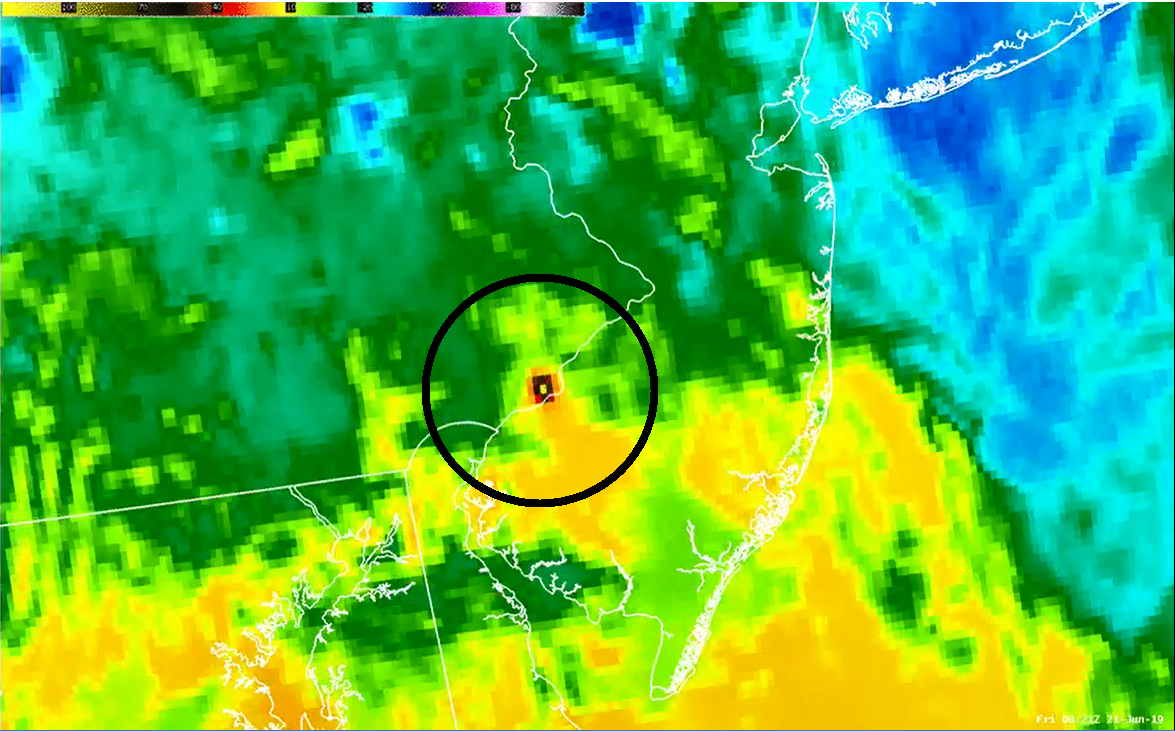 The fireball from the Philadelphia Energy Solutions refinery explosion on June 21, circled here, was seen by a National Weather Service infrared satellite.

A satellite of the National Weather Service spotted the massive fireball from the explosion at the Philadelphia Energy Solutions refinery early on Friday morning.

“The heat signature is so large and hot it could be detected using infrared imagery,” the NWS said in a tweet.

Multiple giant explosions ripped through the refinery, turning the sky bright orange and shaking homes of nearby Philadelphia neighborhoods. Some residents said debris from the explosions rained down, according to NBC Philadelphia.

WATCH: Watch the exact moment of the shocking explosion at a refinery in South Philadelphia

FDA approves injection that would boost women’s sex drive
‘We have no intention’ of adding Beyond Meat to menu right now
To Top
error: Content is protected !!
Top