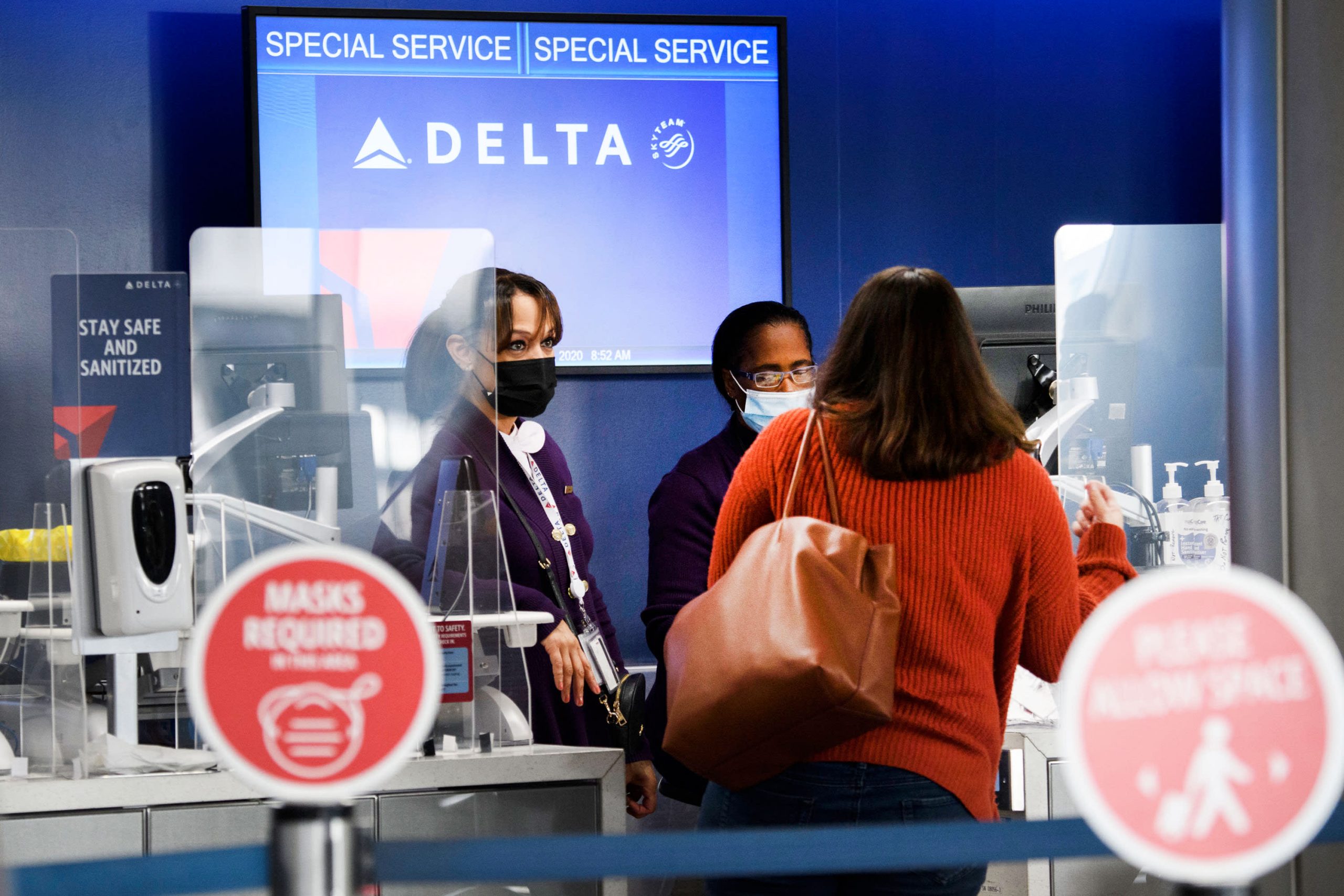 Passengers check bags for a Delta Air Lines, Inc. flight during the Covid-19 pandemic at Los Angeles International Airport (LAX) in Los Angeles, California, November 18, 2020.Patrick Fallon | AFP | Getty ImagesDelta Air Lines canceled hundreds of flights over the Thanksgiving break as it struggled with staffing shortages during the busiest travel week since the coronavirus pandemic began.While demand remains less than half of last year’s levels because of the pandemic, Transportation Security Administration airport screenings rose above 1 million on Sunday and Wednesday, the highest in more than eight months.On Thursday, Delta canceled about 300 flights, roughly 20% of its schedule and around 160 flights on Friday, around 9% of the schedule.”A number of factors have pressured our ability to timely staff several dozen scheduled flights,” Delta said Friday in a statement. “We apologize to our customers for any inconvenience these flight cancellations have caused.”The airline expects operations to return to normal over the weekend and said most customers whose flights were canceled were rebooked on flights the same day.The operational problems, reported earlier by the View from the Wing blog, come after some 1,800 Delta pilots took early retirement packages that the company urged as it sought to cut costs. And earlier this week pilots approved a deal to accept partial pay not to fly that would avoid more than 1,700 furloughs until 2022.The changes “have left a smaller pool of pilots qualified and ready to fly in the fleets that are seeing an increased demand over this holiday,” said the pilots’ union, the Air Line Pilots Association.Cuts to pilot ranks can create cascading problems because they need to be trained and also stay current on certain aircraft and cannot easily switch from one to another.American Airlines, which furloughed close to 8,000 flight attendants last month, is also dealing with staffing issues this week, and offered extra pay to encourage cabin crews to sign up for more trips, said their union, the Association of Professional Flight Attendants.Only two flights were canceled as a result of the staffing shortages, according to a company spokesman. “We are grateful to all of our team members who are working this week and this weekend to get our customers where they need to go over the Thanksgiving holiday,” the airline said in a statement.