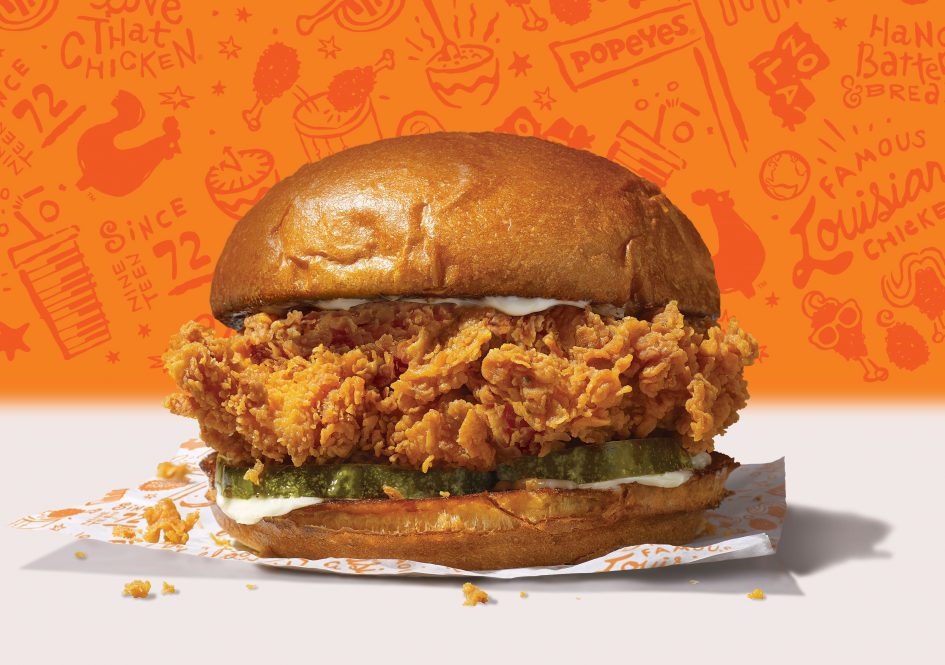 After nearly 50 years in business, Popeyes Louisiana Kitchen is finally bringing a chicken sandwich to its national menu.

The fried chicken chain, which is owned by Restaurant Brands International, will roll out the new menu item across its U.S. stores on Monday. Popeyes called it the chain’s biggest launch since 1989, when it introduced crawfish to its menu.

With pickles and a buttered bun, the sandwich resembles that of Chick-fil-A, the biggest chicken chain in the U.S. by sales.

In 2018, a franchised Chick-fil-A restaurant that was not in a mall raked in $5.7 million in sales on average, according to franchise disclosure documents. The average free-standing franchised Popeyes location saw annual sales of $1.5 million last year.

As Atlanta-based Chick-fil-A has expanded outside of its Southeast stronghold in recent years, it has attracted new customers with its waffle fries, Southern-style chicken sandwich and customer service. This year, Chick-fil-A ranked highest of all fast-food chains on the American Customer Satisfaction Index.

The company also is eyeing growth in China. It plans to open more than 1,500 locations over the next decade there. Burger King, which also is owned by Restaurant Brands, has been in China since 2005.