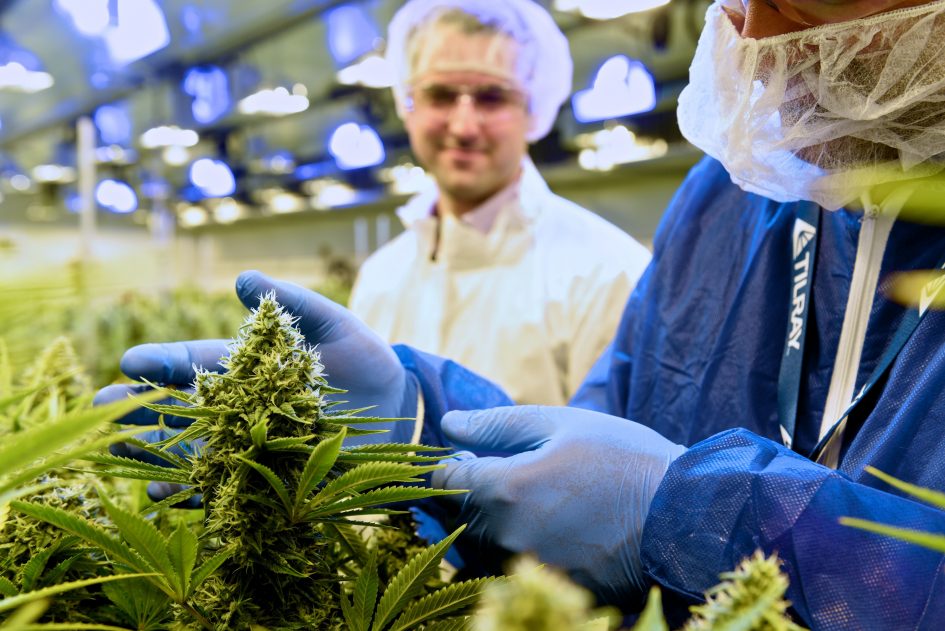 A worker examines cannabis plants at a Tilray farm.

The study could provide scientists with more clinical evidence on CBD. Consumers are raving that CBD treats everything from anxiety to pain, even though there’s not much data backing their claims up. Strict regulations have made it difficult for researchers to study cannabis.

Scientists are hopeful about CBD’s potential to treat alcohol use disorder and post-traumatic stress disorder. More than 15 million Americans are addicted to alcohol and more than 8 million experience PTSD, federal survey data shows. Both conditions can be debilitating and few medications treat them.

“I’ve looked at everything in PTSD, and this is the most interesting thing I’ve seen,” said Dr. Charles Marmar, chairman of psychiatry at NYU Langone and director of the PTSD research program.

CBD, or cannabidiol, is derived from cannabis, a family of plants that includes marijuana and hemp. Unlike THC, the cannabis compound that produces a high, CBD does not intoxicate users. That’s why scientists and consumers are increasingly interested in CBD.

Marmar started studying PTSD in 1976, four years before the term was recognized by the American Psychiatric Association. He said CBD interests him because it does not appear to cause many side effects and presents “very low to zero” abuse potential.

CBD has already been proven effective in treating severe forms of childhood epilepsy. The Food and Drug Administration last year approved GW Pharma’s CBD-derived drug, Epidiolex. Marmar thinks CBD, if proven to be effective, could treat a broad range of psychological conditions, similar to how antibiotics treat all kinds of bacterial infections.

He pointed to animal studies suggesting that CBD could treat alcohol use disorder and PTSD, as well as other early research showing CBD might reduce anxiety, depression and more. Plus, he said, CBD appears to show effects immediately, unlike existing antidepressants, which can take weeks to produce results.

The trials will test whether CBD is safe and effective. NYU will start recruiting patients this summer — 40 for the eight-week alcohol study and 48 for the other study, which will take six weeks and probe alcohol use and PTSD.

This is Tilray’s second partnership with a U.S. academic institution to study cannabis. Tilray announced in the fall it will work with the University of California, San Diego to study whether cannabis can treat essential tremor, a neurological disorder that causes involuntary shaking.

Tilray has since received “a flood” of requests from U.S. research centers wanting to study the company’s cannabis, said Philippe Lucas, Tilray’s vice president of patient research and access.

“Ultimately, there’s so much interest in CBD as a treatment modality, but there’s simply not a lot of clinical research,” he said, adding that Tilray wants to continue partnering with major research institutions like NYU to fill those knowledge gaps.

While Marmar sees “amazing potential” for CBD, he has many concerns about marijuana, such as the potential for addiction and how it might harm the developing brain. Even though he thinks CBD has “enormous potential,” he said he wants to see the data first.

“This isn’t a Twitter question,” Marmar said. “This is a double-blind placebo question. We have to hold this to a high standard.”