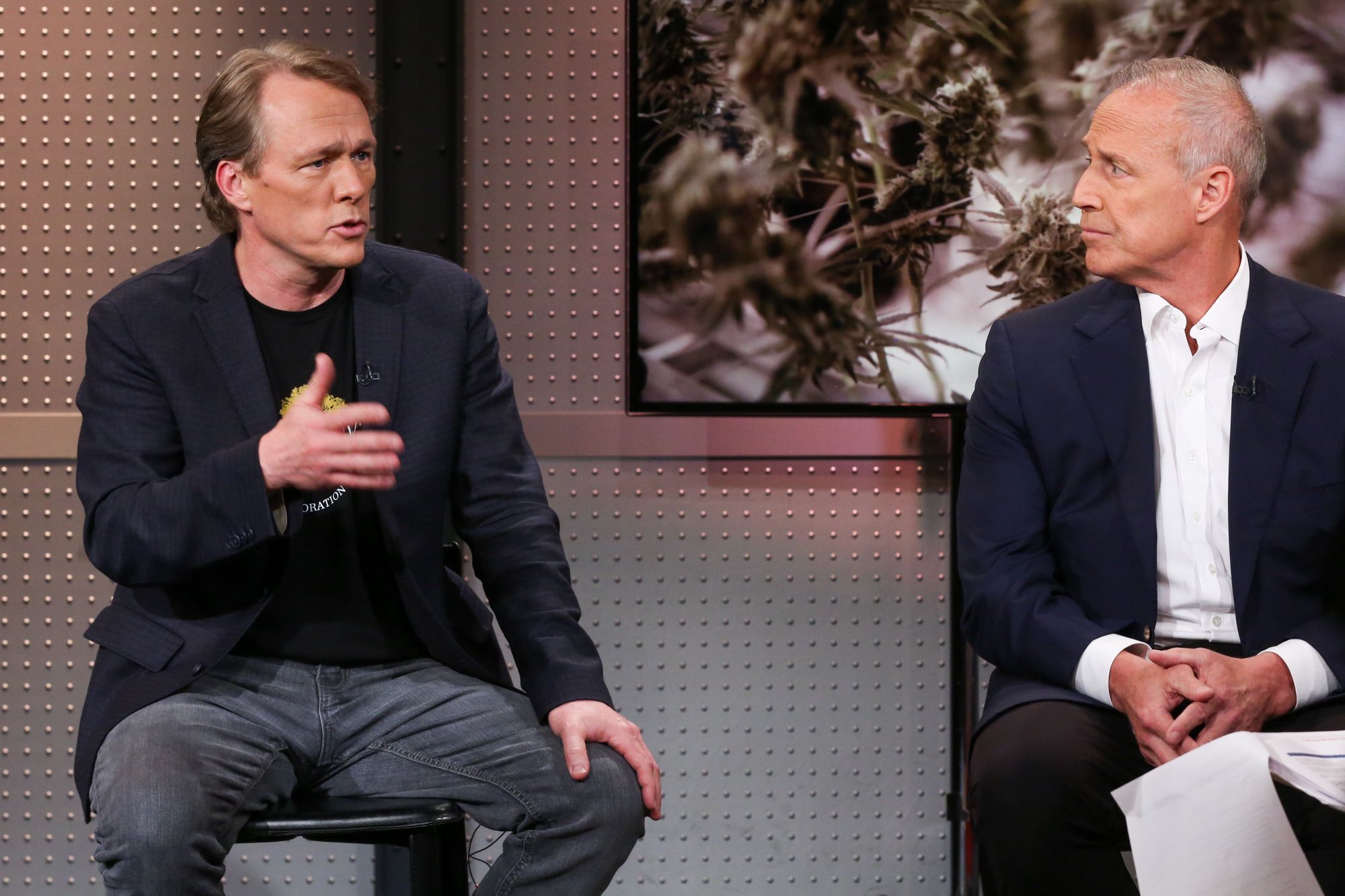 Canopy Growth’s $3.4 billion tie-up with Acreage Holdings will give the joint enterprise a leg up amid marijuana legalization across America, CEO Bruce Linton told CNBC Thursday.

On Friday, the Food and Drug Administration is scheduled to hold a hearing on cannabidiol, the nonintoxicating compound found in hemp, to regulate the product that could grow into a $22 billion industry within three years.

The Canadian cannabis companies merged to share operations, brands, and intellectual property in efforts to dominate the dispensary industry in 20 states and in future markets, Linton said. He expects to see a breakthrough in the next 18 to 24 months.

“That’s just enough time to use all of our IP and brands to really get ahead,” Linton said in an interview with “Mad Money’s” Jim Cramer. “The next wave comes on and we’re way at the front.”

Once an illicit, underground business that for decades has led to the incarceration of dealers and users, marijuana has been legalized in some form in more than half of American states and the District of Columbia. Acreage has brought on recognizable leaders to its board of directors, such as former Republican House Speaker John Boehner and former Republican Massachusetts Gov. Bill Weld.

The cultivation, processing and dispensing company was able to attract prominent names to its leadership in part because CBD can be used as an alternative to opioids and a majority of Americans support legalization, said Acreage CEO Kevin Murphy, who joined Linton in the sit down.

Canopy’s acquisition of Acreage will go into full effect once cannabis has been legalized federally. Illinois may be the next state to legalize recreational use of marijuana. Legislators in New Jersey, New York, Connecticut, and New Hampshire are also debating the topic.

People like Boehner and Weld will be helpful in luring in major brands to partner with Canopy as states continue to loosen cannabis laws, Linton added. The industry is slowly becoming more mainstream as social consumption grows, and companies are considering new products in their catalog including vaporizers, candies, and other food products, he said.

The companies are “pensive” because marijuana is still illegal federally, but they will look to work with dominant players in the space, Murphy said.

“They wanna come in, they all have a committee, they want to go to the right company, but can’t look stupid,” Linton. “These guys (like Boehner and Weld) help keep stupid away.”

WATCH: Cramer chats with the chiefs of Canopy Growth and Acreage Holdings