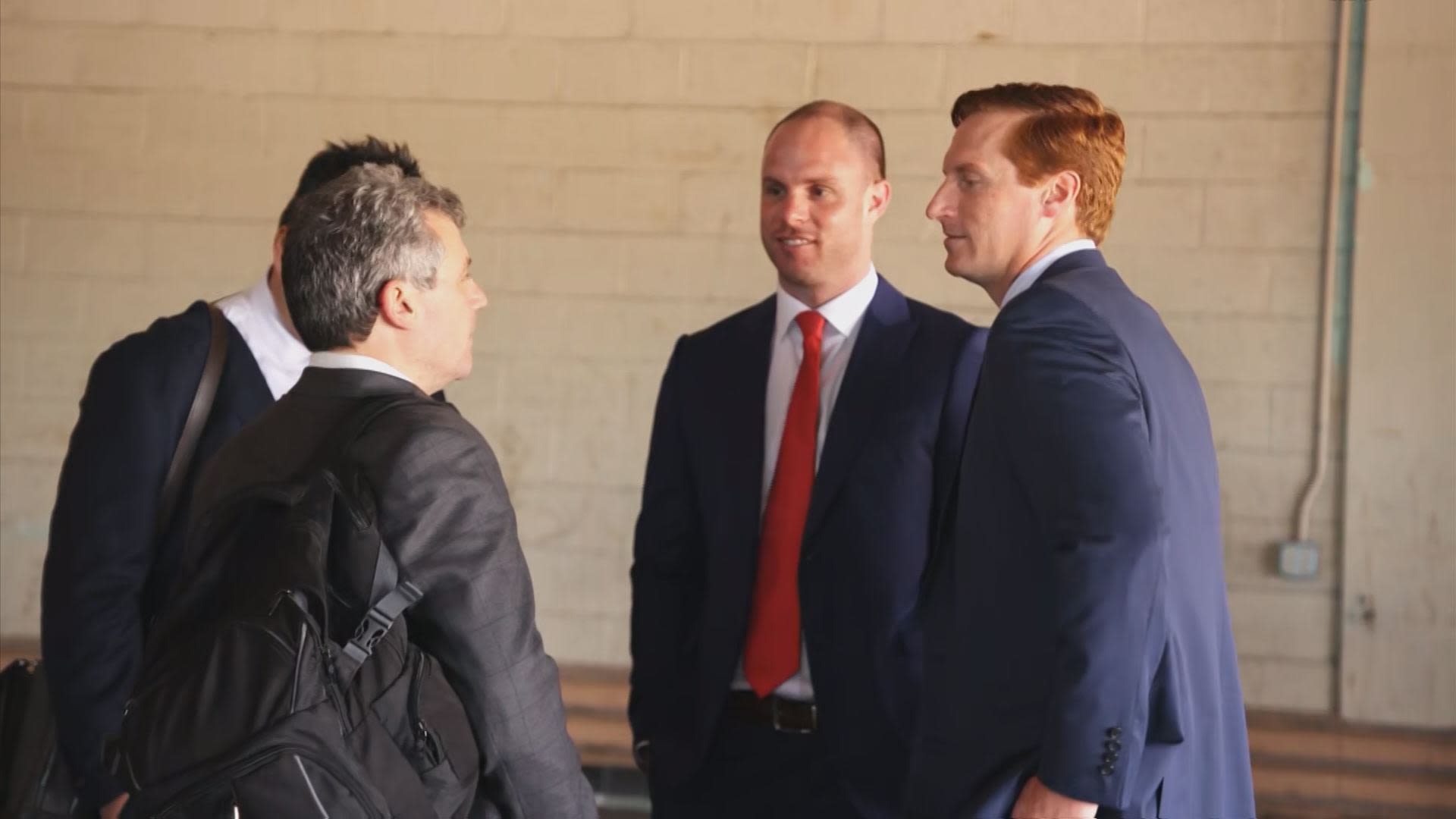 John O’Rourke (right) former CEO of Riot Blockchain after a shareholders meeting in Oklahoma City on May 9, 2018.

Federal authorities have launched a criminal investigation into a group that appears to include the former chief executive of Riot Blockchain, the cryptocurrency company that was the subject of a CNBC investigation last year, according to court documents.

The investigation is parallel to a Securities and Exchange Commission case that brought claims against John O’Rourke, former CEO of Riot Blockchain, and others in alleged pump and dumps unrelated to Riot.

In September, the SEC said it charged a group of 10 individuals and 10 associated entities that included O’Rourke, as well as Barry Honig, who was once the largest shareholder of Riot, in a scheme the agency said generated more than $27 million from alleged unlawful stock sales.

According to the SEC’s press release, Honig and his associates, based in South Florida, manipulated the stock of three companies in “pump-and-dump” schemes, where they allegedly acquired shares at a discount and artificially boosted prices before selling. Riot Blockchain was not one of the companies.

The SEC described the defendants as “microcap fraudsters” in the press release.

O’Rourke left Riot in the wake of the charges. The SEC already settled in full or in part with nine defendants, including Miami biotech billionaire Phillip Frost, according to court filings.

During the hearing O’Rourke’s attorney, Gregory Morvillo, said, “So putting our clients at the end [of the deposition schedule], particularly in light of the fact that there’s a criminal investigation in San Francisco into the very allegations that has been on ongoing, makes sense and is protective of my clients,” according to the transcript.

“My understanding is they [the U.S. Attorney’s Office] now have a cooperating witness and things have slowed down,” Morvillo said.

The witness, he said, is “among the defendants in this group, I believe, [who] has started to cooperate, and there may be a criminal case coming down the pike reasonably shortly,” according to the transcript.

Morvillo and his co-counsel for O’Rourke did not respond to CNBC’s request for comment.

The SEC and a lawyer for Honig also declined to comment, as did lawyers for the other SEC defendants who have not settled.

“It means they [the defendants] have bigger problems than the SEC,” Jake Zamansky, of the securities law firm Zamansky LLC, said of the prospect of a criminal case.

If criminal charges are filed, the SEC case will likely be stayed, according to Peter Henning, a professor of law at Wayne State University in Detroit, and a former senior attorney in the division of enforcement at the SEC. The SEC can give the information it has gathered to the U.S. attorney’s office, he said.