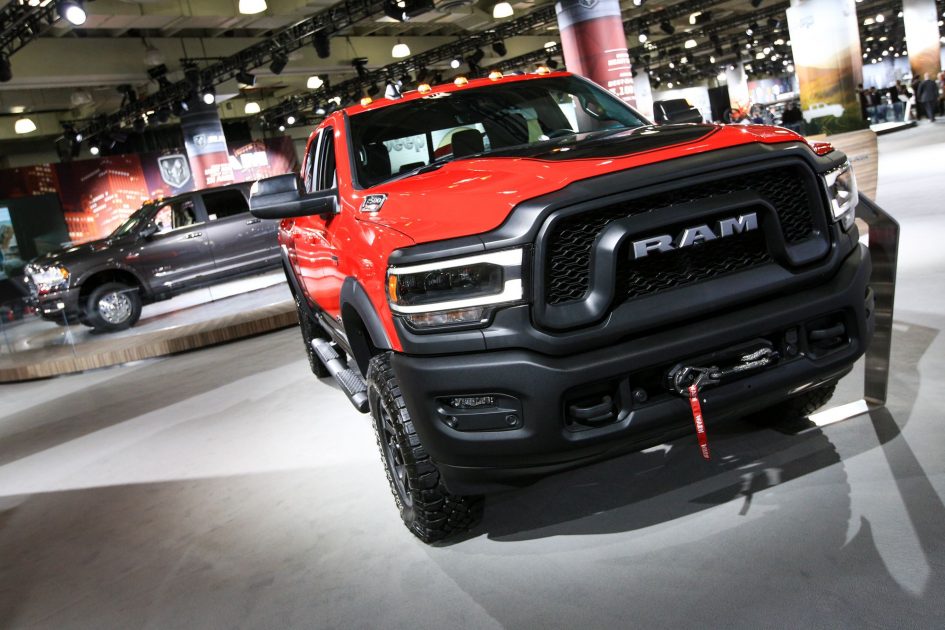 “It’s all about the product and right now we have a great product,” Reid Bigland, CEO of Ram said in an interview. Bigland and executives at Fiat Chrysler are reveling in a huge June for Ram, with sales jumping 56%.

If GM is worried about the Silverado slipping into third place behind Ram and the Ford F-Series, the company isn’t showing it.

“Ram has done things with incentives that we would be insane to follow,” said Jim Cain, a spokesperson for the Chevy brand. “We have a disciplined approach that focuses on delivering returns to investors. Ram is different since that company is basically for sale.”

Cain added that Chevrolet is in the midst of launching the regular cab version of the light-duty Silverado and production is just starting on the heavy duty version of the pickup. He says when those models start hitting showrooms, GM will have a fresher model that will appeal to buyers without the need for big incentives.

GM said its second-quarter sales fell 1.5%, with strong sport utility vehicle sales offset by a poor performance for its pickup trucks. The No. 1 U.S. automaker said sales of its trucks would pick up in the third quarter as both its most popular and most affordable versions of the Silverado will hit dealer showrooms.

Bigland is quick to admit Ram’s June performance got a jolt from the company’s discount of 15% to 20% off the manufactured suggested retail price, or MSRP, depending the version of Ram.

“I think people can easily understand the percentage off message,” he said. ” when consumers see, ‘hurry in for $5,000 off or $4,500 off’, I think consumers get a little bit desensitized.”

Even with the discounts, Ram truck transaction prices are up 10% year-over-year according to Fiat Chrysler.

Given the jump in June sales for Ram, will General Motors and Ford be forced to raise incentives to boost sales the Chevy Silverado and F-Series pickups?

“It definitely seems like an incentive war is on the horizon,” said Jeremy Acevedo, manager of industry analysis for Edmunds. How much more money automakers are willing to take off the price of their most profitable models remains to be seen, but Acevedo says GM “has some wiggle room to play with incentives.”

Reuters contributed to this article.