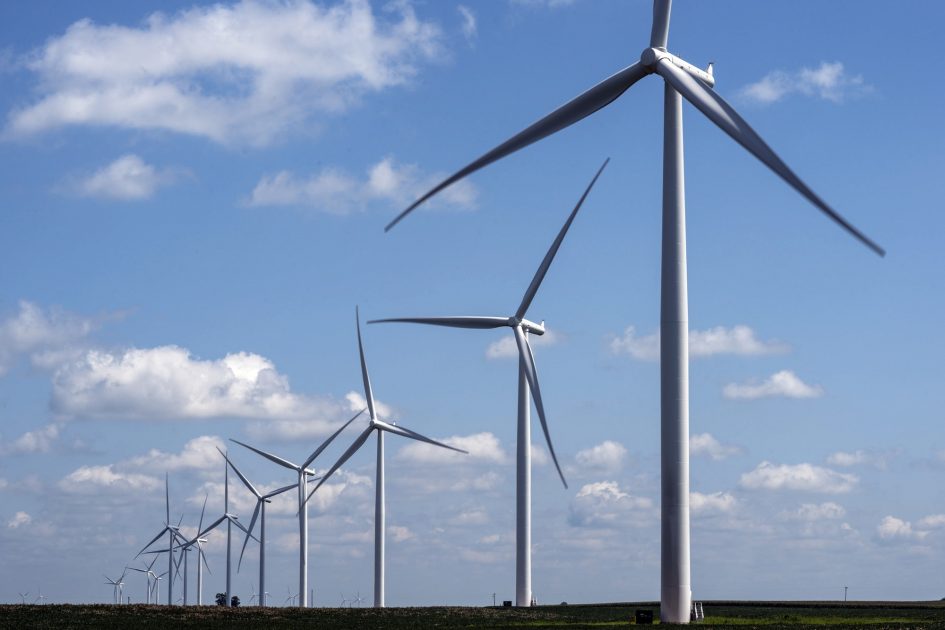 A wind farm managed by Berkshire Hathaway Energy in Marshalltown, Iowa. Iowa, Kansas and the country of Denmark are the world’s three leading producers of wind energy.Timothy Fadek | Bloomberg | Getty ImagesSaving the environment is no longer the only compelling argument for switching to renewable energy, said Michael Milken, chairman of think tank Milken Institute, who pointed out that such energy sources are now cheaper than many fossil fuels.Today, “for two-thirds of the world, renewables are cheaper than a significant amount of carbon-based energy, so it isn’t just an argument of environment, it’s now just pure economics,” Milken told CNBC at the Milken Institute Asia Summit in Singapore.Investments in clean energy technology are increasing, which means that such new sources of fuel are becoming more cost efficient, he said.”The state that has the lowest cost energy, Texas, is the state in the United States that has the largest amount of wind power,” said Milken.Renewable energy sources from hydropower and solar energy to wind are now taking off in a big way, defying critics who just a decade ago were skeptical about those new energy sources, he pointed out.”If you go to the United States a decade ago, you had the leaders testify that there would be no substitute for coal, that renewables would make up a very small part of the United States’ (energy mix),” Milken said.The state that has the lowest cost energy, Texas, is the state in the United States that has the largest amount of wind power.Michael MilkenChairman, Milken InstituteThe consumption of biofuels and other non-hydroelectric renewable energy sources in the U.S. has more than doubled between 2000 and 2018, according to the U.S. Energy Information Administration. Last year, renewable energy took up 11% of energy consumption in America, with wind and biofuels among the biggest sources of such energy, according to the agency.Green investingInvestors are increasingly focused on ESG — or environmental, social and governance — themes to help them decide where to put their money, said John Studzinski, vice chairman at bond giant Pimco.In fact, big investors such as pension funds and sovereign wealth funds are indicating they want climate-focused strategies with high ESG scores, he said at the summit. In fact, they want to do so “not just in terms of investing properly for their pension fund holders or the country but also because they want the return.””They all know now there was this notion five years ago, that if I had an ESG portfolio, it probably meant that it was not going to be a competitive portfolio in terms of returns. That’s now an old idea,” said Studzinski.Instead, the converse can be true.”Companies that have high ESG scores are much better managed, much more rigorous, much more competitive and they are probably going to outperform those that have poorer ESG scores,” said Studzinski.Earlier this year, energy giant BP forecast that the world’s energy demand will grow by a third through 2040, driven by rising consumption in China, India and other parts of Asia.About 75% of that increase will come from the need to power industry and buildings, it said. At the same time, energy demand will continue to grow in the transportation sector, but that growth will slow sharply as vehicles become more efficient and more consumers opt for electric cars.By the end of the next two decades, BP says that renewables will provide most of the world’s electric power, with wind, solar and other renewable energy sources gaining ground at a faster pace than any fuel through human history.— Tom DiChristopher contributed to this report.