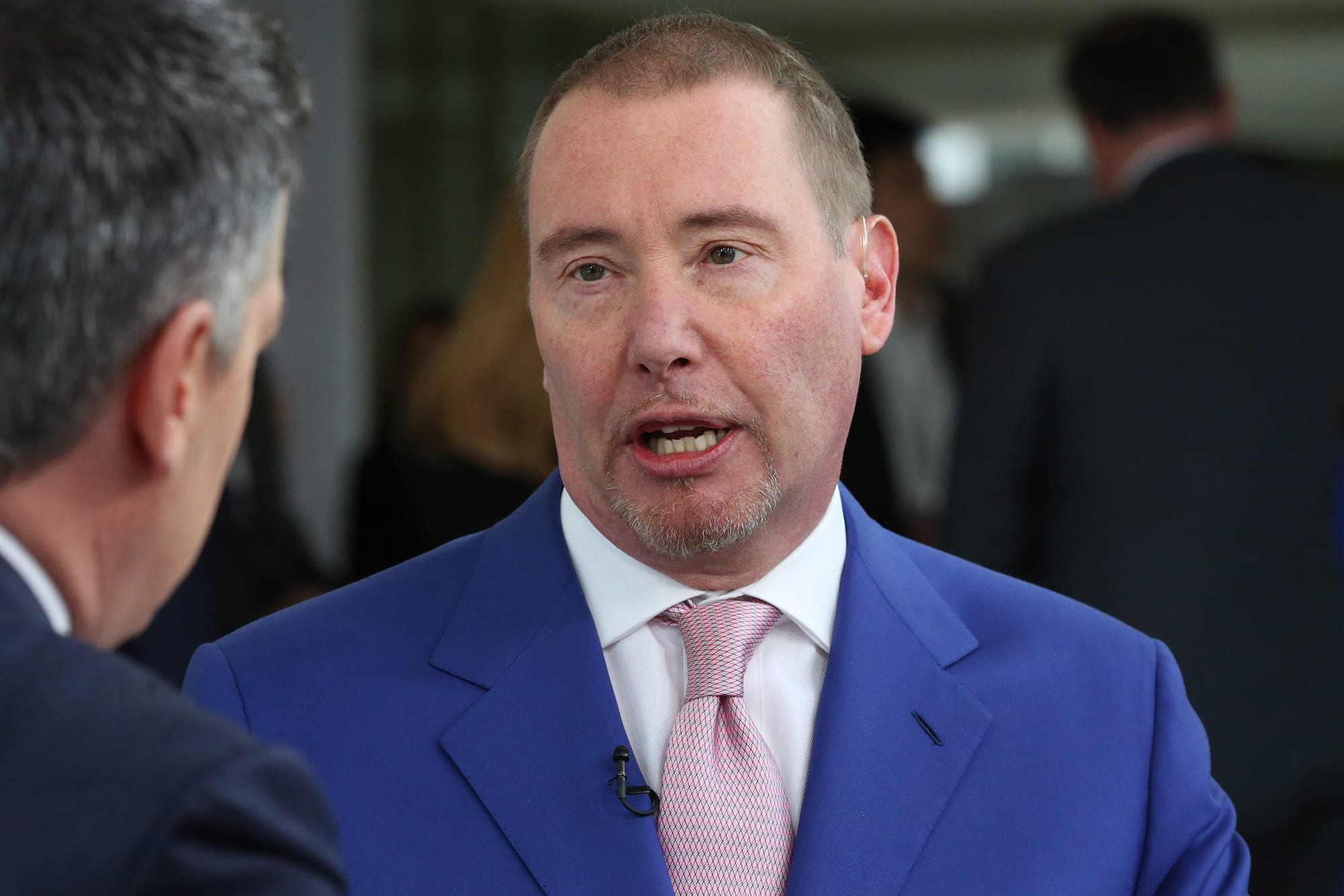 DoubleLine Capital CEO and longtime bond investor Jeffrey Gundlach said Wednesday that the odds of a recession before the 2020 presidential election are rising.”I think the economic data has gotten a little bit better, yet I still think, when we put it all together … it seems that there is an increasing probability of a recession before the 2020 election,” Gundlach said in an interview with CNBC’s Scott Wapner.Though Gundlach said he looks at a variety of measures when trying to gauge recession odds, his preferred indicator is a measure of consumer sentiment.He explained said the metric he likes shows that consumers feel more and more grim about the future but still feel OK about the present, a divergence that typically occurs before recessions. Gundlach also mentioned ISM manufacturing readings showing a contraction as suggestive of a future downturn.”What happens before recession every time in a very convincing pattern is that first consumers start to feel bad about the future. They say ‘the future looks worse than how I feel about the present.’ And that started a while ago now, where the view of the future was much grimmer than the view of today,” Gundlach said.”That puts you on kind of a notice, just like the yield curve inverting, that maybe you’re supposed to be on recession watch,” he added. “But then what happens is that the consumer continues to be pessimistic about the future, but then their attitudes about the present start to deteriorate. And that has started to happen.”Gundlach acknowledged, however, that the economic data is “nowhere as scary” as it was a month ago when the yield curve inverted, another market phenomenon heralded as a recession warning across Wall Street.Jeffrey GundlachAdam Jeffery | CNBC”The way history has kind of proved to work is that when the curve inverts for the first time … what happens historically is the curve inverts well before a recession,” Gundlach said.”What people don’t understand is that when the recession is getting to be close to your doorstep, the curve actually steepens out because the Fed gets the jokes, finally, that they’re behind the curve and they need to cut interest rates more,” he added.The so-called bond king said in a webcast Tuesday evening that interest rates have bottomed for the year after a precipitous fall in August. That prediction echoed what lieutenant and DoubleLine Chief Investment Officer Jeffrey Sherman told CNBC.com earlier in September.”Although there was this big momentum rally, they tend to come in bursts. And usually when you have these big movements, the bond market — like the stock market, like the credit market — tends to overshoot in both directions,” Sherman said on Sept. 6.”We’re not convinced that if we have a recession today the bond market rallies significantly from here,” he added. “That’s always the assumption, but we have rallied a lot and there is a lot of negative news priced into the rates market.”DoubleLine actively manages clients’ money and has more than $140 billion in assets under management, according to the firm’s website.