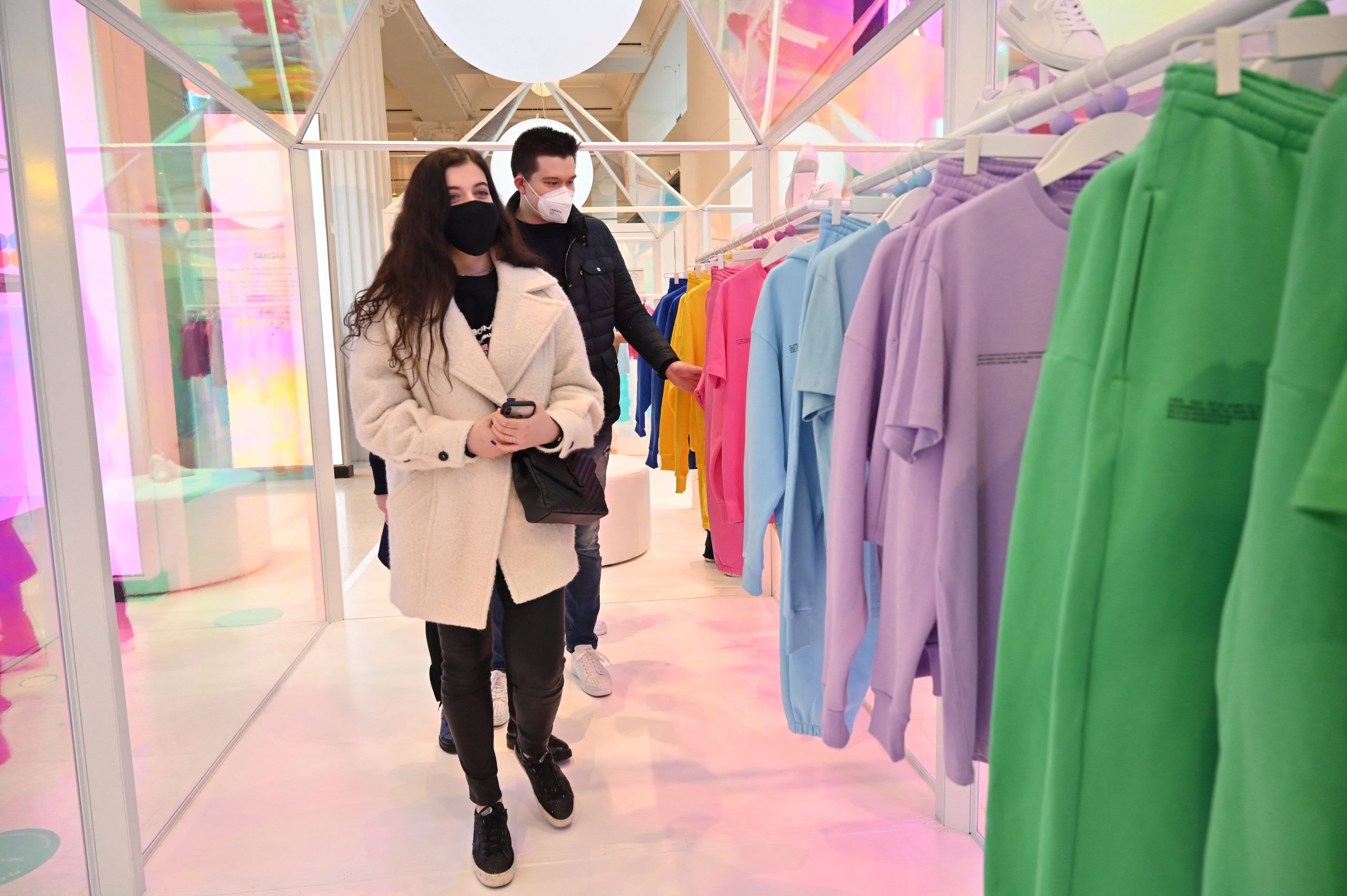 A shopper browsing through secondhand clothes at a pop-up swap event in Singapore.CATHERINE LAI | AFP | Getty ImagesLONDON — The future of physical stores has been called into question by the coronavirus pandemic, but experts believe the key to survival will be reinvention.For some time now, retailers have tried to attract customers by creating experiences in store, but they now need to get creative as shopping habits change and customers become more demanding.Online shopping has boomed since the start of the pandemic. In the U.K. alone, internet sales jumped from under 20% to more than 32% in just three months at the start of the first Covid-induced lockdown. And experts expect the convenience of buying online to mean consumers will continue this habit even after the pandemic.Meanwhile, almost 50 stores closed every day in the U.K. in 2020, according to accountancy firm PwC.Both trends show how important it is for retailers to get their physical presence right.Kristina Rogers, consumer global leader at Ernest Young, told CNBC in March that there is a “real redefinition” in how retailers use their physical spaces.”It’s not just an exchange of goods anymore,” she said, adding that retailers have to understand who their customers are and what these want.Customers browse clothing in the pop-up shop Pangaia inside Selfridges department store in London on April 12, 2021 as coronavirus restrictions are eased.GLYN KIRK | AFP | Getty ImagesShe highlighted how Target, one of the largest retailers in the U.S., has opted to have a bigger space in its stores for Apple products. This effectively allows customers who are interested in Apple devices to check them out while shopping for other things in Target. It is also convenient for current Apple users who can merge two trips into one.”They’re recreating a ‘mini mall’ within their store,” she said.But not every retailer has such a large area to work with. In fact, some experts believe that successful stores of the future might be ones that, irrespective of size, keep offering new things.”Undoubtedly there will be less physical stores as we move forward,” Matt Clark, managing director at consulting firm AlixPartners told CNBC’s Street Signs Europe in March. “But the stores that remain will need to offer an even greater experience and an additional set of services, as well as just the ability to buy products.”One way for retailers to stand out is by focusing more on pop-up stores. These are spaces that are open temporarily to show off a particular line or product, and have been gaining in popularity in recent years.Stella McCartney store in Bond Street in November 2020.SOPA Images | LightRocket | Getty Images”One of the prime opportunities for pop-up shops are to create new opportunities for exploration. It’s not about a consumer going to a Ralph Lauren store that is the same today as it was 10 years ago or 20 years ago,” Alex Cohen, a commercial property expert at Compass told CNBC.Some big-name brands have already looked to pop-ups as a way to attract more customers. Stella McCartney, the British fashion designer, is featuring different local businesses in her flagship store on Old Bond Street, London, to celebrate the lifting of restrictions for retailers in the U.K. Guess, meanwhile, is about to open its first pop up store in Germany for Activewear.Pop-up spaces allow retailers to create something “really fresh” while saving on costs, Cohen said.”The brands, they have the opportunity to spend much less, to not having to commit themselves to a long-term contract, to spend less with modular installations and to do it very quickly,” he added.ExclusivityIn addition, this sort of store boosts the idea of exclusivity — a feeling increasingly popular for many customers.”The whole idea of exclusivity is really important. The fact that a pop-up will expire … creates in the consumers kind of an excitement. ‘Wow, if I don’t check out this pop-up retail offering … in the next 3 months, it is going to go away, I will never be able to see it,'” he said. This adds the sort of excitement missing from many traditional stores.So it is not just about the feeling of having an exclusive product, but also an exclusive experience. And this means there are other ways for retailers to capitalize on this exclusivity trend.”In terms of exclusivity, a lot of the high street retailers are now requiring, either by appointment or actually when you arrive at a store, that you must be linked up to a sales person. You can’t browse and that — for better or worse — creates a feeling of exclusivity,” Cohen added.SustainabilityBrands are also recognizing the increasing importance of sustainability, both from a business perspective and because of growing customer awareness.And it’s not just coming through in more “ethical” product lines, but also in what services are available at physical stores.At its flagship space in Stockholm, for instance, H&M is offering services to fix old clothes and is hiring out some of its outfits for special occasions.”The sustainability movement really highlights one of the core dichotomies that the fashion industry particularly is facing but broader retail is also facing,” Clark from AlixPartners said.”The value versus values debate: the need to be really, really clear on your sustainability credentials, ethical sourcing, etc but at the same time offering great value for money that doesn’t just mean cheapness but value for money to the consumers.”