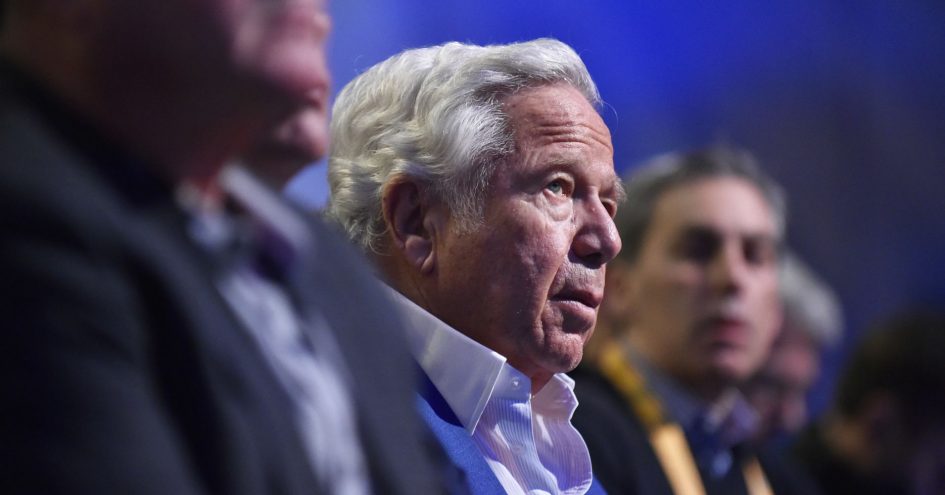 A lawyer for New England Patriots owner Robert Kraft told a Florida judge on Friday that Kraft’s “constitutional right to privacy” trumps whatever “prurient interest” the public might have in seeing videos of the billionaire allegedly getting sexually serviced at a massage parlor.

“There’s no need to see the video unless you actually have a prurient interest in seeing the video.”

Burck made that argument as part of an effort to bar media organizations from getting the police surveillance videos showing Kraft visiting the Orchids of Asia Day Spa in Jupiter, Florida, on two consecutive days in January, two weeks before the Patriots won the Super Bowl.

Kraft, 77, has been charged with two counts of soliciting prostitution in connection with those visits. Prosecutors say he paid for the sexual services he received.

“The fundamental problem is that the video is only going to appeal to the prurient interests of certain segments of the public,” Burck said in support of his motion to prevent release of the videos.

Burck suggested that media groups are motivated by a desire for “eyeballs and clicks” in seeking the video’s release.

“Clearly a constitutional right to privacy trumps the Florida statutes that would permit public disclosure,” said Burck, whose client was not at the court hearing.

“It shouldn’t matter to the public what the video looks like, what is actually on the screen,” Burck said, noting that a police officer had described what happened on the video in detail in a criminal complaint against Kraft.

“There’s no need for that to be released” for the public to understand what Kraft allegedly did, Burck said. “It is alleged to be sexual conduct.”

Burck has a separate motion pending that is challenging the legality of using the videos as evidence. The videos were obtained by police with a so-called sneak-and-peek warrant that allowed them to hide cameras in the massage parlor.

“We think the video in particular is very harmful and was obtained in violation of the Fourth Amendment,” Burck said, referring to the section of the Constitution that bars the government from engaging in unreasonable search and seizure.

Media lawyers argued that Florida’s public records law, which as a rule allows the release of most governmental records, would be violated by carving out an exception for Kraft’s videos.

A lawyer for media organizations noted that the “embarassment” Kraft fears from disclosure of the videos to the public already has been incurred by the explicit allegations against him made by police and prosecutors.

Kraft was one of about two dozen men charged in February in connection with the prostitution sting by police at the massage parlor. He has pleaded not guilty in the case, and so far has rejected an offer by prosecutors to enter a pretrial diversion program that could end the case without him having to plead guilty.