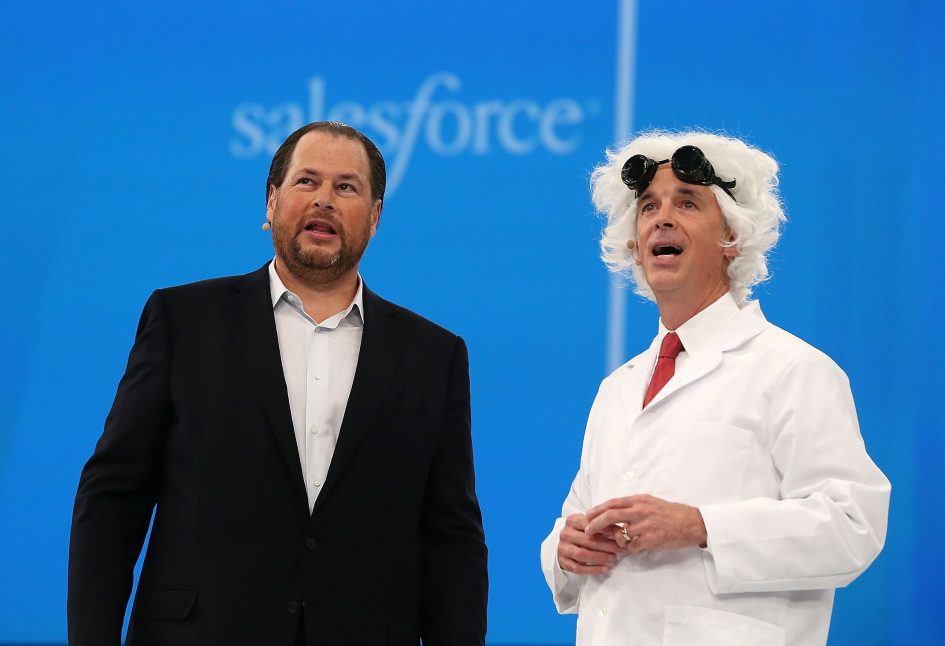 Shares of cloud software giant Salesforce dropped sharply Monday after it announced it would buy big data firm Tableau, a Seattle-based company that specializes in data visualization, for $15.3 billion in stock.

The company’s stock was down as much 8% in early trading, but recovered slightly and ended the day down more than 5%.

Tableau is a leading analytics platform that will help Salesforce augment its current product offerings, which include tools to help companies with sales, marketing and customer service.

Salesforce has looked at an acquisition of Tableau for years, as indicated in this leaked 2016 document published by The Wall Street Journal.

Correction: Salesforce bought Mulesoft in 2018. Due to an editing error, an earlier version of this article misstated the year.