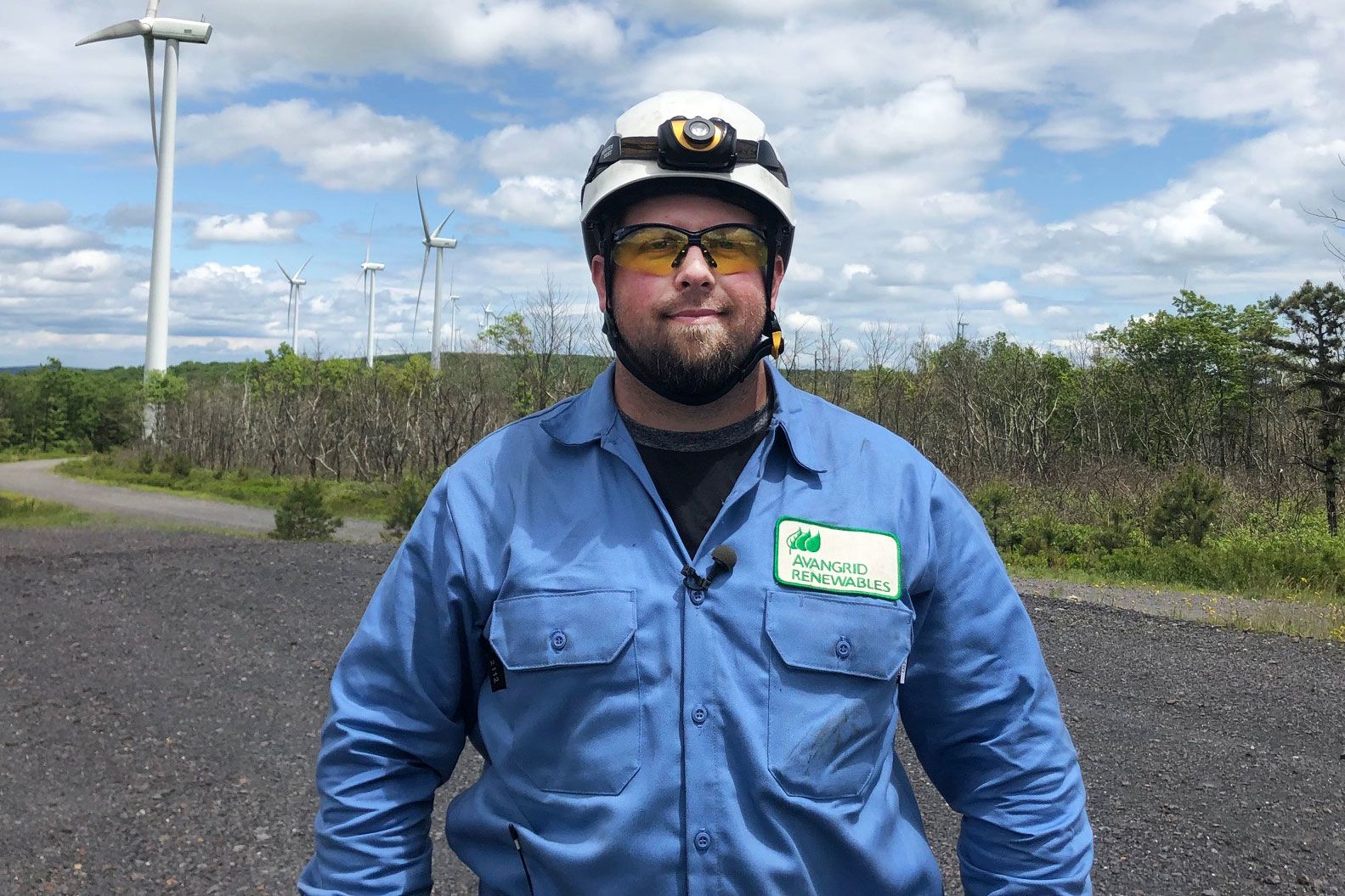 In 2008, Jason Urichich was at a crossroads. He lost his home and landscaping business in Youngstown, Ohio, and decided it was time for a change. He decided to pursue a six-month program at Kalamazoo Valley Community College in Michigan for wind turbine repair.

“I was really interested in the small turbines, and at home I was trying to build one myself,” Urichich said. “I decided I didn’t know enough about it, and maybe I should go to school for it.”

A decade later that “maybe” turned into a career. He’s now a senior lead technician for Avangrid Renewables’ Locust Ridge Wind Farm in Shenandoah, Pennsylvania. The company employs some 300 technicians at its 60 commercial-scale wind facilities across the country. With five more under construction, Avangrid Renewables — which provides clean energy to major companies like Nike and Amazon’s AWS — is hiring dozens more nationwide, as demand continues to grow.

The American Wind Energy Association’s U.S. Wind Industry Annual Report found that by the end of 2018, the sector supported 114,000 full-time-equivalent jobs directly associated with wind energy project planning, development, construction, manufacturing, supply chain and operations. Some 8,500 jobs were added in 2018 — an increase of 8%. The Bureau of Labor Statistics projects that wind turbine technician jobs will be the second-fastest-growing occupation through 2026, with a growth rate of 96% to more than 11,000 jobs.

“Virtually all of our companies are hiring,” said Tom Kiernan, the association’s CEO. “We are looking for folks that want to build a career, because the men and women who are servicing a wind farm — that wind farm will be there for the next 30 years.” The association said more than 99% of these projects are in rural areas like Shenandoah.

Jason Urichich decided to pursue a career as a wind turbine technician after losing a business in 2008. He is now senior lead technician at one of Avangrid Renewables’ sites.

Interest from consumers, corporate and industrial sector investment, along with states setting renewable energy targets have boosted growth in recent years, according to Avangrid Renewables CEO Laura Beane. Like many trades, however, finding turbine technicians in a competitive environment can be challenging, she said.

“We are doing a lot at the local colleges and high schools — this doesn’t require a four-year degree,” Beane said. “It’s really a commitment to safety first and foremost, mechanical aptitude, and problem solvers. Beane said the company’s workforce of technicians comes from many backgrounds.

Technicians can make a median of $50,000 a year but can work their way into the six-figure range with competitive benefits as managers and developers. Kiernan said companies are actively recruiting veterans, hiring across state lines with signing bonuses, and providing on-site training to attract workers in the tight U.S. labor market.

Avangrid Renewables has two wind farms in the Shenandoah, Pennsylvania

Beyond finding talent, the current political environment is posing somewhat of a challenge for the industry. Tariffs on Chinese imports, as well as the threat of new duties on Mexican imports, will stifle job growth, Kiernan said. Despite an agreement President Donald Trump announced on Friday, he threatened on Monday to impose tariffs against Mexico if Mexican lawmakers rejected the deal. In addition, Trump has long opposed wind turbines.

The White House press office did not immediately respond to request for comment.

“We are very concerned about the impact of tariffs on jobs,” Kiernan said. “We would have been hiring more people if it weren’t for the current tariffs. And if the tariffs increase, as the president is proposing, that will either further reduce our growth or could at some point lead to a decline in the number of jobs in the wind industry.”

“It brings uncertainty, and uncertainty is difficult for any industry,” Beane said. “It’s a global supply chain, and there’s a lot of different moving pieces. We are working closely with the manufacturers because ultimately they will bear the brunt of a lot of that.”