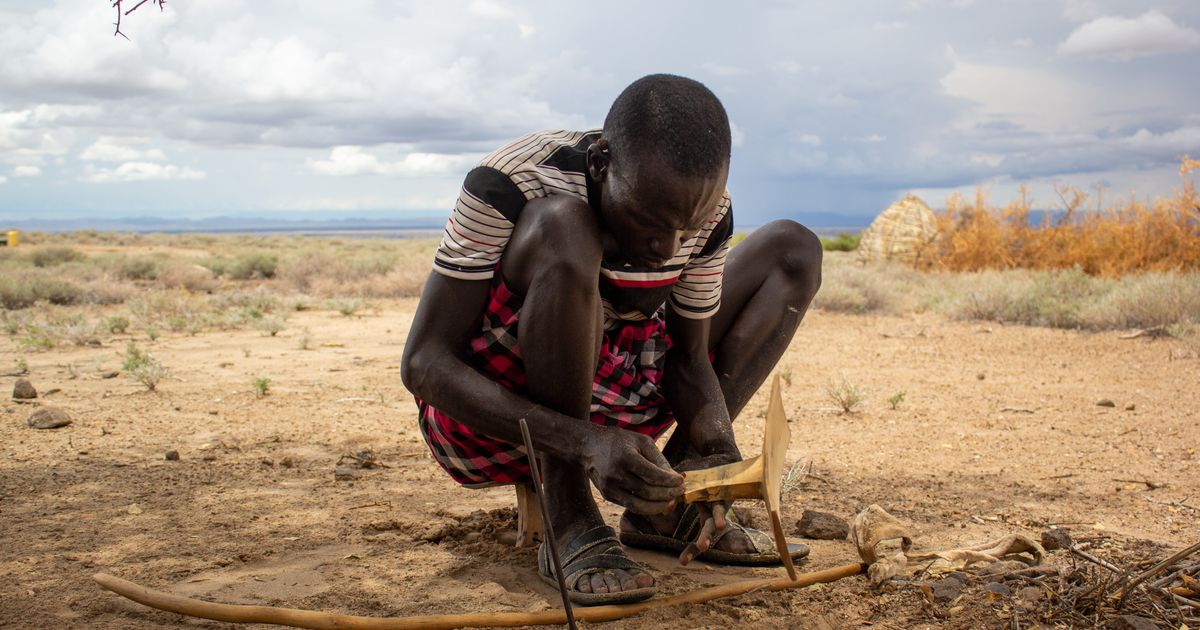 Centuries-old practices and traditions across communities worldwide that might be lost forever —from bee keeping in Kenya to creating the Dalai Lama’s clothes—are being quietly supported and documented online through the British Museum’s Endangered Material Knowledge Programme (EMKP). The scheme, launched in 2018, has been boosted by an £8.8m grant awarded by Arcadia, a charitable fund founded by the philanthropists Peter Baldwin and Lisbet Rausing; the cash injection means the project has been extended for seven years (2021-28). “This endeavour will safeguard disappearing knowledge,” the couple say in a statement. The EMKP project has been a lifeline, preserving material practices at risk of dying out. “Societies around the globe are changing at an unprecedented rate, and specialist, locally informed knowledge is in danger of being lost—knowledge that has helped communities thrive in unique environmental, social and cultural contexts,” says a statement from the British Museum. The EMKP awards grants to researchers working on the ground; grantees are also given training on how to upload material online in the form of photographs, interviews, films and drawings. “We are offering communities the resources to record themselves; that is so powerful. It’s a form of auto ethnography as such,” says Ceri Ashley, the head of EMKP. “Once this material has been collated, it is uploaded onto an open access digital database hosted by the British Museum, and a digital copy is also shared with a partner in the country of work so that it remains close to the community whose cultural heritage it represents,” say museum officials. Projects in 24 countries have received funding since the initiative was launched. This year’s supported schemes include a survey of the skills of Venerable Phuntsok Tsering, the Dalai Lama’s personal tailor. “Since 1959, he has been responsible for (re)constructing the tailoring requirements of the Dalai Lama in exile. He rebuilt the ceremonial wardrobe left behind in Tibet and developed new garments for use in the unfamiliar environmental and cultural conditions of India. Despite this singularity his practice has never been documented,” says an online statement. Ashley points out that the EMKP team, working primarily online, has worked throughout lockdown, collaborating with an international advisory panel to review and select the next round of grants. “This vital work, now ever more threatened by the effects of the global pandemic, can continue [through the £8.8m Arcadia grant],” she says. Another 2020 project focuses on the manufacture of Ostrich eggshell beads among the El Molo Community in Kenya, capturing their making and use through audio files, video clips and field notes. Last year, the EMKP recorded the dwindling practice of beekeeping amongst the Sengwer communities living in the Embobut Forest in western Kenya. “Some projects celebrate the everyday, which is so important,” says Ashley, referring to a 2019 analysis of the traditional natural broom and fibre rope crafts of the Urhobo people of Nigeria. Applications are now open for the 2021 round of funding (deadline for applications is 31 January 2021). Instructions online stress that prospective candidates should “consider the viability and ethics of conducting this work within the context of the Covid-19 pandemic”.