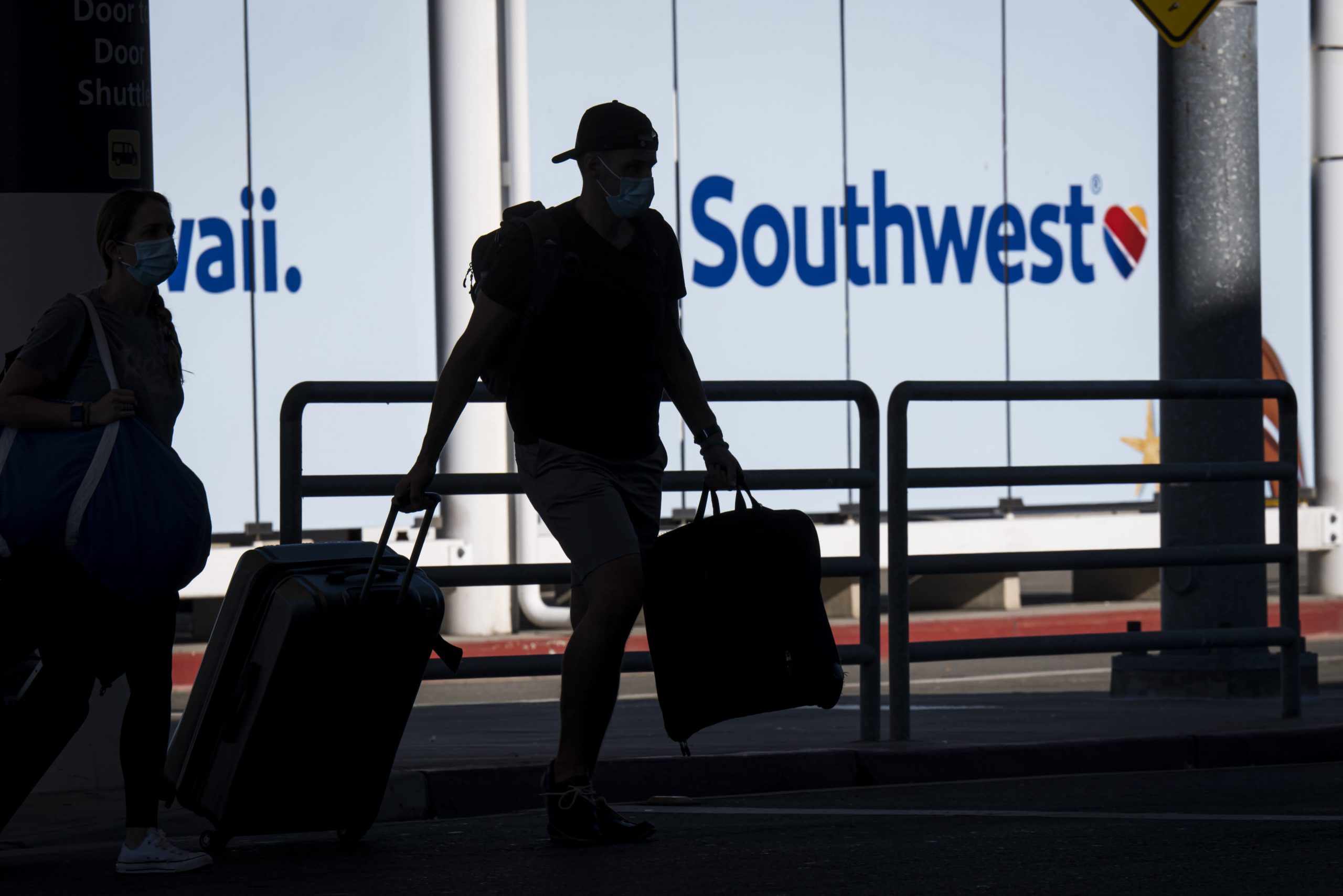 Travelers wearing protective masks cross a street outside a Southwest Airlines Co. check-in area at Oakland International Airport in Oakland, California, U.S., on Monday, Oct. 19, 2020.David Paul Morris | Bloomberg | Getty ImagesSouthwest Airlines on Thursday said it could furlough more than 6,800 employees — about 12% of its staff — citing what it called a “lack of meaningful progress” in cost-cutting negotiations with labor unions.Southwest like other airlines has been struggling because of the coronavirus pandemic’s devastating impact on air travel demand. American Airlines and United Airlines in October started furloughing more than 30,000 workers combined after the terms of federal payroll support expired.If Southwest moves ahead with job cuts, they would be among first involuntary furloughs in the carrier’s nearly 50 years of flying. The airline last month warned more than 400 other workers, including mechanics, that their jobs could be cut.The Dallas-based airline said it sent federally mandated notices advising workers their jobs could be at risk to 6,828 employees, including more than 1,200 pilots, 1,500 flight attendants, 1,110 customer service staff, and more than 2,500 ramp, cargo and other operation staff.The furloughs would take effect either March 15 or April 1, or within two weeks of that date, unless the carrier reaches cost-cutting agreements with unions or Congress passes additional aid for the sector, the airline said.Such furlough warning letters are generally given to workers 60 days ahead of a potential furlough and at least one union, representing the company’s pilots, dismissed the move as a negotiating tactic to pressure employees.The notices are “a vindictive act of playing with employees emotions right around the holidays,” said Jon Weaks, president of the Southwest Airlines Pilots Association.The notices went out so early because some states require a 90-day advanced notice period and the carrier wanted to build in extra delivery time in case of mailing delays, Southwest said. The carrier said it is open to continuing negotiations with labor groups.Southwest has asked labor groups to agree to pay cuts and other terms to avoid furloughs, which some unions have bristled at and argued the company did not consider their cost-cutting proposals such as partially paid voluntary leave.”Today marks a sad milestone in the history of Southwest Airlines,” Weaks said in a video message to pilots.