Southwest pulling out of Newark, cuts forecast after 737 Max grounding 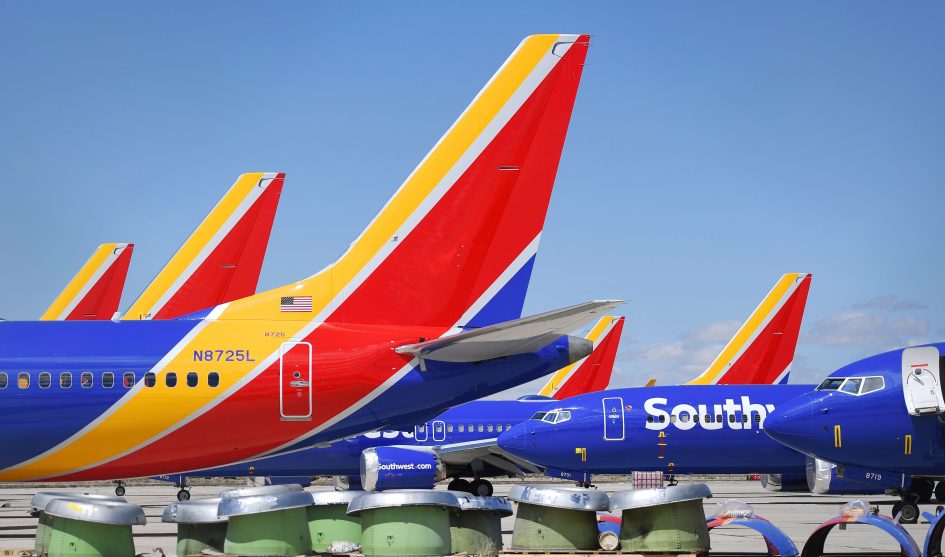 Southwest Airlines Boeing 737 MAX aircraft are parked on the tarmac after being grounded, at the Southern California Logistics Airport in Victorville, California on March 28, 2019.

Southwest Airlines said Thursday it is pulling out of Newark Liberty International Airport and consolidating its New York operations at LaGuardia Airport this fall, after the prolonged grounding of the Boeing 737 Max hit the low-cost carrier’s growth and prompted it to rethink its operations.

Southwest shares were down more than 4% in premarket trading after second-quarter revenues of $5.9 billion came in slightly below estimates and it said the Max grounding would force it to reduce capacity this year.

The Dallas-based airline said it would decrease its capacity by as much as 2%, down from a growth forecast of around 5%, because of the “extensive delays” in the Max planes’ return to service.

“As such, we are taking necessary steps to mitigate damages and optimize our aircraft and resources,” Southwest said in an earnings release.

Starting Nov. 3, Southwest will no longer operate out of Newark, where United dominates, and consolidate its New York operations out of LaGuardia Airport in Queens.

Southwest said its Newark operations haven’t been profitable enough and that it is observing strong demand out of LaGuardia.

Southwest launched service out of Newark in 2011 and as of the end of June offered 20 daily departures to 10 cities, including Denver, San Diego and Chicago, from the New Jersey airport.