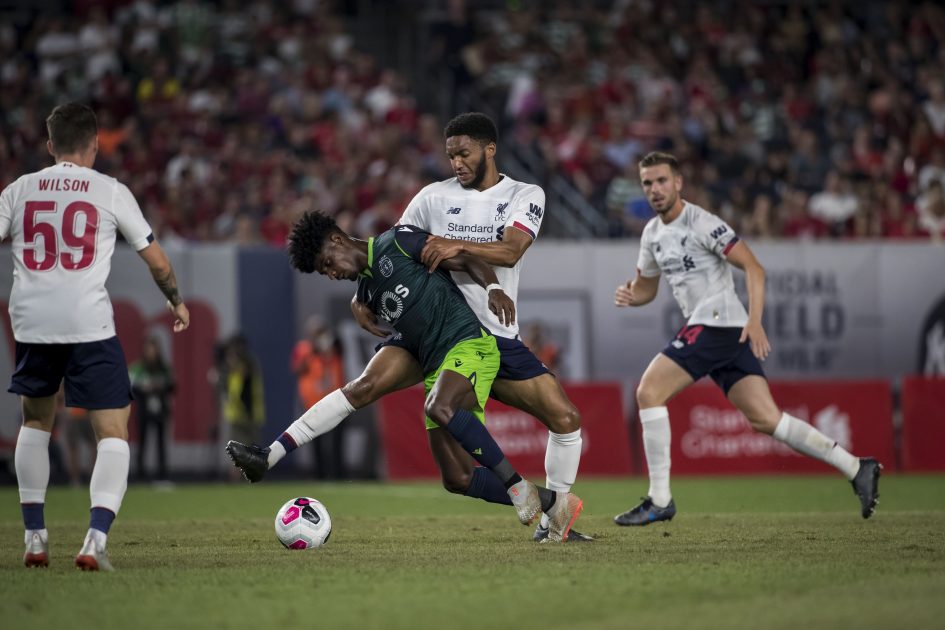 The English Premier League’s Liverpool F.C. may be 127 years old, but it’s not averse to embracing new innovations.

On Wednesday, its pre-season clash against Portuguese giants Sporting Lisbon was broadcast in virtual reality (VR).

NextVR, which specializes in the live broadcast of sporting events using the technology, set up the system to show the game, which was played in Yankee Stadium and ended in a 2-2 draw.

Several VR cameras were installed along the pitch and throughout the stadium to deliver users an immersive experience of the match.

To use NextVR’s system fans needed to own a VR headset, such as an Oculus Go, and download the firm’s app.

In a statement earlier this week, prior to the game, Liverpool’s Chief Commercial Officer Billy Hogan said the club believed that live VR experiences were “going to be an important way for fans to enjoy our games.”

Technology is transforming the way that sports fans watch their favorite teams. In February, tech giant Intel announced a partnership with Liverpool, Arsenal and Manchester City with the aim of using its technology to “deliver immersive experiences” through its Intel True View system.

The technology is based on volumetric video, according to Intel, which is used to capture three-dimensional spaces. Using the “volumetric capture method,” game footage is recorded using 38 5K ultra high-definition cameras.

This includes the height, width and depth of data, which is used to produce pixels with volume, or “voxels.” Once content has been captured, the data is processed, with software used to re-create the viewpoints “of a fully volumetric 3D person or object.”