Spider-Man talks breakdown, why that’s bad for Disney and Sony 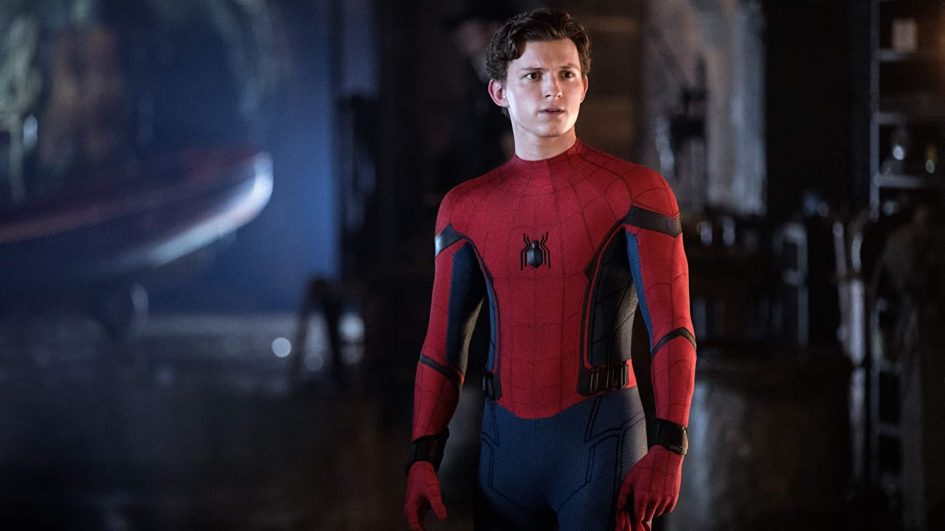 The future of Marvel’s web-slinging hero Spider-Man is uncertain.

The two companies had previously worked together to bring two Spider-Man films to the big screen. Those films were integrated into the much larger Marvel Cinematic Universe.

However, Sony and Disney reportedly were not able to reach an agreement that would have given new terms to a co-financing stake between the two studios. Representatives for the companies did not immediately respond to CNBC’s request for comment.

Tricky for Sony and Marvel

If talks do not resume, it is likely that Spider-Man will no longer be part of the Marvel Cinematic Universe, and that could prove tricky for Sony and Marvel.

In the initial deal between the two companies, Sony would allow Marvel’s creative team to integrate Spider-Man into its cinematic universe and would put up 100% of the production costs. In exchange, Disney received 5% of “first-dollar gross,” or 5% of the ticket sales from the first day of the release, and retained the merchandising rights for the character. Sony, would reap the rest of the box office haul.

According to Deadline, Disney had recently proposed a 50/50 co-financing deal, meaning each company would put up half of the production costs and then split the profits. Sony reportedly refused.

“Sony’s playing a little hardball right now, … and they have every right to do so, considering the deal Disney offered is a joke,” said Jeff Bock, senior box office analyst at Exhibitor Relations. “Maybe if we were discussing the rights for ‘Howard the Duck,’ 50/50 would be in play, but not for the web-slinger.”

Later on Tuesday, Sony said on Twitter that much of the reports about the deal between the two studios had been mischaracterized. The company claimed that “new responsibilities that Disney has given [Marvel head Kevin Feige] — including all their newly added Marvel properties — do not allow time for him to work on IP they do not own.”

Disney hasn’t commented on the matter.

With a superhero as important as Spider-Man, it would seem out of character for Feige and Disney to bow out of a deal with Sony. After all, much of the plot of “Spider-Man: Far From Home” revolved around Peter Parker dealing with the death of his mentor Tony Stark, AKA Iron Man, and figuring out what kind of hero he was going to be. His growth as a character was a set up for future films in the franchise.

Spider-Man has long been a fan favorite character and his introduction to Marvel was a boon for both studios. The deal not only meant that Marvel would be involved in Spider-Man’s solo projects, but that the character could appear in other Marvel films, something that often happens in the series.

A fresh faced Peter Parker, played by the charming, but adorably awkward, Tom Holland, was just the right recipe for the Marvel. The studio now had a younger character who could grow and take on greater responsibility in future films. Also, Sony earned back the good will it had lost to fans in the wake of “The Amazing Spider-Man” and “The Amazing Spider-Man 2.”

“Tom Holland is literally in the middle of this deal,” said Paul Dergarabedian, senior media analyst at Comscore. “His creative future hangs in the balance.”

Fans in a frenzy

How Disney would go forward without Spider-Man is certainly a question the company would have to answer for fans — and quickly. Already social media is buzzing. Fans, who have devoted a decade to the franchise, want Spider-Man to remain part of the saga.

Even actor Jeremy Renner, who plays Hawkeye in the Marvel films, spoke out about the deal breaking down.

“Fans will notice the absence of Spider-Man like it was before Captain America: Civil War, but Marvel Studios always has a Plan A, B, and C to go to in case something big like this happens and affects what they’re working on,” said Jeremy Conrad, founder and editor-in-chief of MCU Cosmic.

However, this could be especially tricky considering the events of Spider-Man’s most recent film “Far From Home.” Not only did the film explain to audiences what happened during the five-year jump after Thanos’ snap, but it also ended with a massive cliffhanger — Peter Parker’s identity was revealed.

Then there was the twist that Marvel staples Nick Fury and Maria Hill weren’t actually themselves during the entirety of the film. They were friendly Skrulls in disguise.

This predicament could be even worse for Sony.

“The biggest issue with those two movies is they cannot use any existing MCU story,” Erik Davis, managing editor at Fandango, wrote on Twitter. “So, can Peter even reference Tony Stark in the next movie? Can they still set it 5 years post-snap? Can they follow through on that end-credits scene? You have Holland, but what else?”

If Sony were to move forward with its own Spider-Man films, unaffiliated with Marvel, it would have to create a completely different Spider-Man.

“From their public statements right now, Sony seems to be in a damage control mode and I think they’re going to be facing some very difficult challenges relatively quickly,” Conrad said. “How do they write a Spider-Man movie and divorce the Tom Holland character from five movies of extensive MCU backstory without rebooting?”

And the last time Sony handled its own Spider-Man franchise, it was poorly received by fans.

“The Amazing Spider-Man,” released in 2012 earned a 72% Rotten Tomatoes score and its sequel garnered a 52%. While both films garnered more than $700 million globally, their domestic box offices were lackluster, with each taking in just over $200 million in the U.S.

Many said Sony had done a good job with casting, bringing in Andrew Garfield, Emma Stone and Sally Field, but felt that the films didn’t live up to Sony’s first Spider-Man trilogy directed by Sam Raimi. It also retread through Peter Parker’s origin story, something moviegoers had already seen.

For comparison, “Spider-Man: Homecoming,” which was released in a joint venture between Disney and Sony, earned a 92% on Rotten Tomatoes and $880 million globally, nearly $350 million of which came from the U.S.

“Far From Home,” which hit theaters in July, is now Sony’s highest-grossing film of all time, with a box office haul of just over $1.1 billion. Some suggest that Sony wouldn’t have been able to achieve this feat without the help of Marvel.

Marvel skipped Peter’s origin story, only briefly alluding to the death of Uncle Ben, and let a youthful Holland breathe in the role. In “Captain America: Civil War,” Peter is eager, awkward and jovial. That personality carried through his two solo films as well as his appearances in “Infinity War” and “Endgame.”

“It’s great that Disney/Sony made the crossover work for awhile, but it’s also nice for variety’s sake that Disney doesn’t have a lockdown on the entire Marvel Universe,” Bock said. “Sony needs this franchise much more than Disney does. Disney will have to buy Sony to get Spider-Man back at this point.”

Disclosure: Comcast is the parent company of NBCUniversal and CNBC. It also owns Fandango.