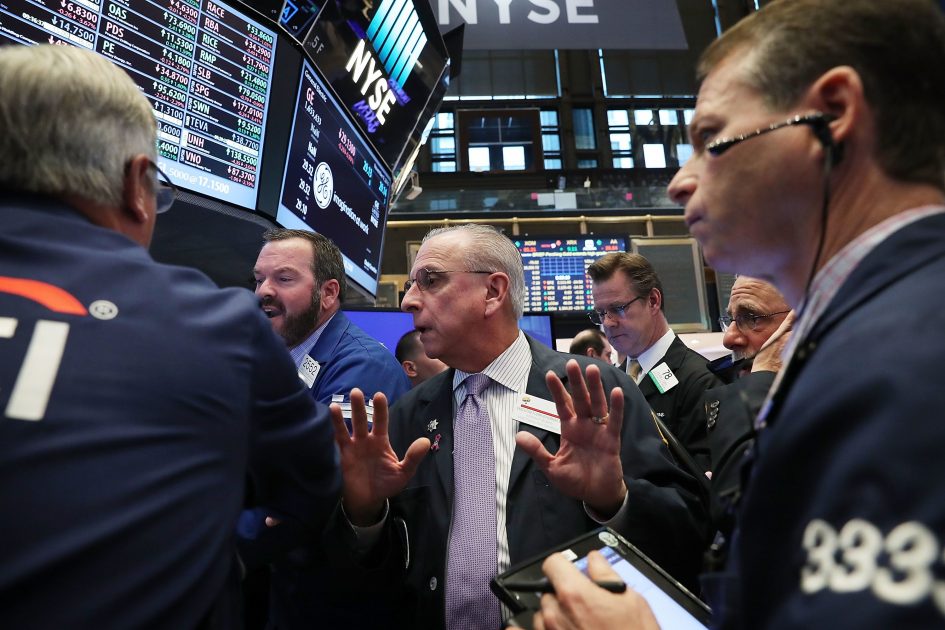 Traders work on the floor of the New York Stock Exchange (NYSE) the morning after Donald Trump won a major upset in the presidential election on November 9, 2016 in New York City.

Lowe’s — Lowe’s shares surged more than 10% after the home improvement retailer posted better-than-forecast quarterly results. The company posted a profit of $2.15 per share on revenue of $20.99 billion. Analysts polled by Refinitiv expected earnings of $2.01 per share on revenue of $20.94 billion. “We capitalized on spring demand, strong holiday event execution and growth in paint and our pro business to deliver strong second quarter results,” CEO Marvin Ellison said.

Urban Outfitters — The retail company’s stock rose 6% on better-than-expected earnings for the previous quarter. Urban Outfitters reported earnings per share of 61 cents, which was 3 cents above a Refinitiv estimate. The company had stronger-than-forecast sales from its Free People division, growing by 6% versus a FactSet estimate of 1.4%.

Fitbit — Fitbit rose about 3% after the company announced a partnership with Singapore’s Health Promotion Board. As part of the deal, Fitbit will give devices to people who commit to a year of the Fitbit Premium subscription program at a rate of $10 per month. The company’s CEO told CNBC that Apple was one of Fitbit’s competitors for the Singapore partnership.

—CNBC’s Jesse Pound and Elizabeth Myong contributed to this report.