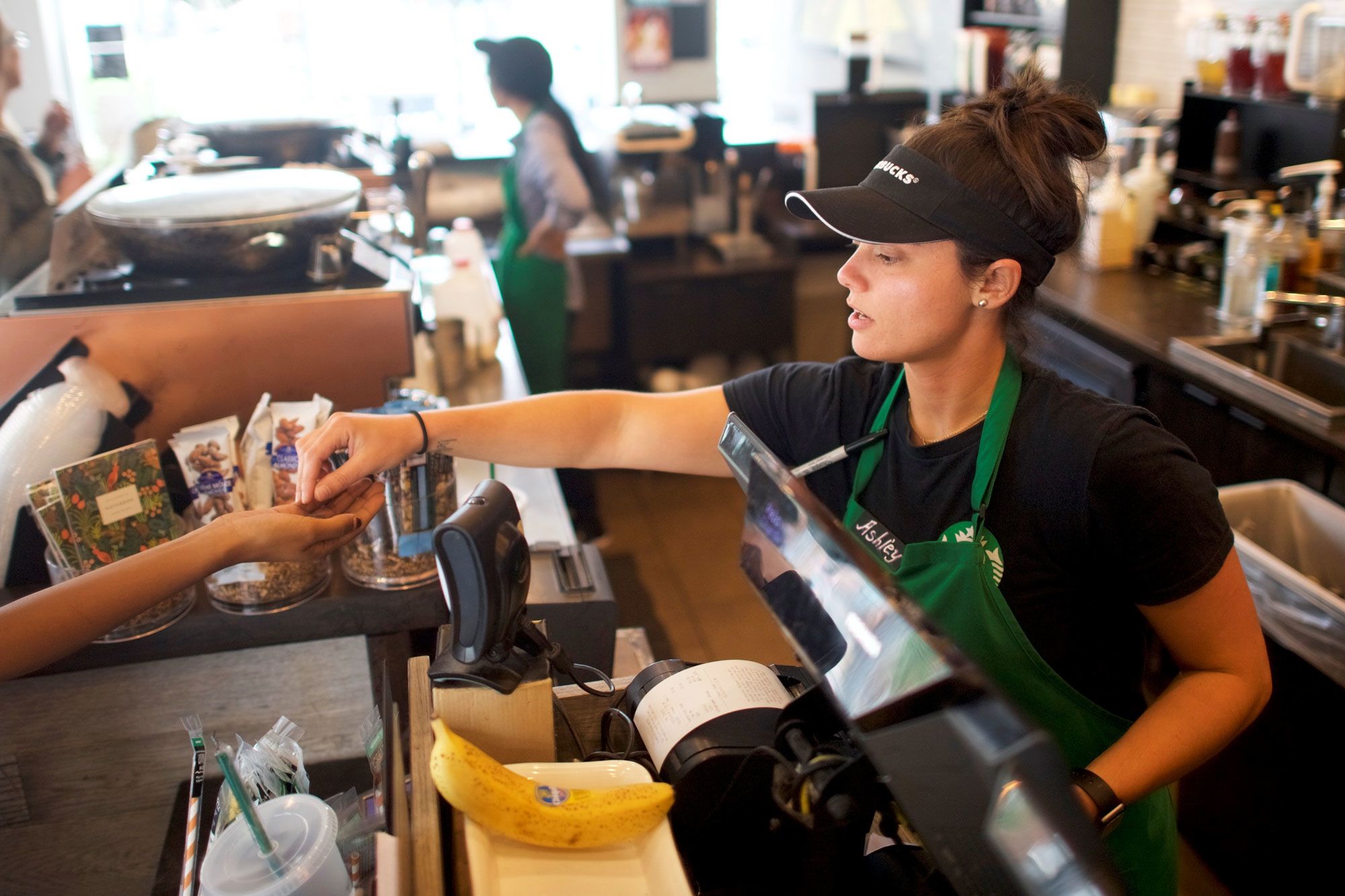 A Starbucks barista fulfills an order in a South Philadelphia store.

Starbucks will stop selling newspapers at its cafes Sept. 1.

In addition to removing newspaper stands that carry copies of The New York Times, The Wall Street Journal and USA Today, the company plans to remove shelving fixtures that display whole bean coffee and grab-and-go snacks. Starbucks will still carry those products, but the removal of their shelves mean fewer packaged coffee beans and snacks will be sold.

The New York Post first reported the coffee chain’s plans to stop selling newspapers at its roughly 8,600 company-owned stores in the U.S.

“We are always looking at what we offer our customers in our stores and making adjustments to our portfolio based on changing customer behavior,” Starbucks spokeswoman Sanja Gould said in a statement.

As the media landscape changes, more customers are reading their news online. The Pew Research Center estimates that weekday circulation of print newspapers fell 12% last year, while weekday digital circulation jumped 6%. Both the Times and the Journal reported that their own digital readership increased by more than 20% in 2018.