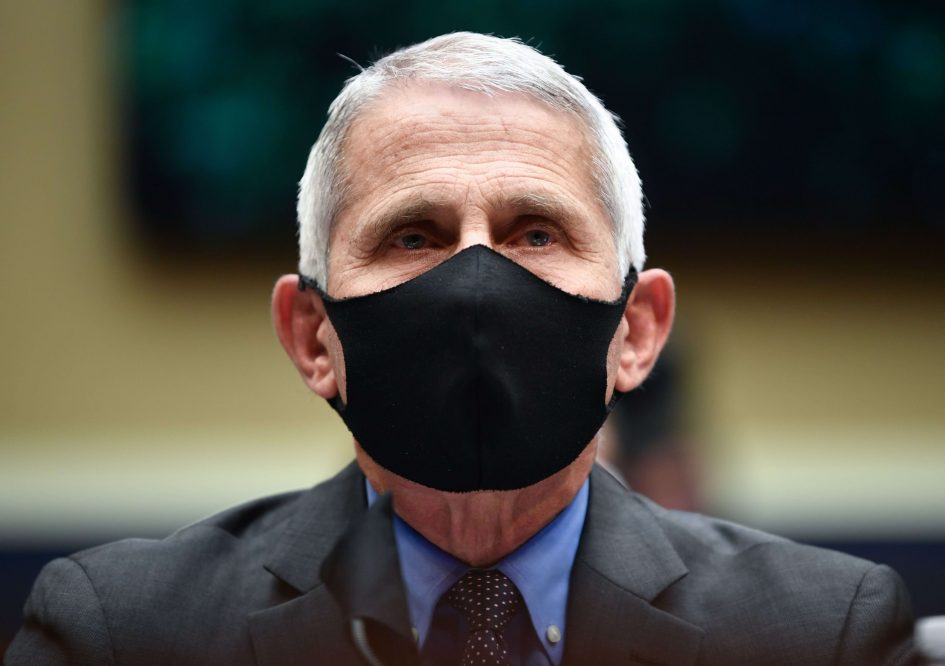 Director of the National Institute for Allergy and Infectious Diseases Dr. Anthony Fauci wears a face mask while he waits to testifiy before the House Committee on Energy and Commerce on the Trump Administration’s Response to the COVID-19 Pandemic, on Capitol Hill in Washington, DC, June 23, 2020.Kevin Dietsch | Pool via ReutersStates with growing coronavirus outbreaks might not need to shut down again like many did in March, but they might need to consider pausing or rolling back stages of reopening, White House coronavirus advisor Dr. Anthony Fauci said Tuesday.Fauci specifically cited Texas, Arizona, Florida and other states with “a serious problem” as places that might need to consider such measures. “I wouldn’t necessarily say an absolute shutdown, lockdown, but if someone is going from gateway to phase one to phase two and they get into trouble in phase two, they may need to go back to phase one,” Fauci, director of the National Institute of Allergy and Infectious Diseases, told members of Congress during a hearing before the House Energy and Commerce Committee. “I don’t think they necessarily need to go back to lockdown.””Gateway” refers to requirements the Centers for Disease Control and Prevention laid out in its reopening guidelines that the agency says should be satisfied before a state considers moving into the next phase of reopening. The gateway requirements include indicators like 14 days of decreasing daily new cases and decreases in emergency department visits.Cases have been rising in recent weeks in more than two dozen states, mostly across the American South and West. On Tuesday, California, Arizona and Texas all reported more new cases in a single day than ever before. In some parts of the country, including the Houston area in Harris County, Texas, hospitals are nearing ICU capacity and could be forced to move to surge operations “in a few weeks,” according to Harris County Judge Lina Hidalgo’s office.Some parts of the country continue to successfully drive down transmission while gradually easing restrictions, Fauci said, citing New York City and Washington D.C. “There are other areas, other states, other cities that have not done so well. I have a considerable concern about those because I want to make sure that we get everything under control,” he said. “It now really is a mixed bag. We have some doing really well and some really in trouble.”Some of the states seeing surges in new cases were among the first and most aggressive to reopen. Florida, for example, allowed most restaurants and stores to open with limited capacity on May 4. The heavily populated Miami-Dade and Broward counties did not reopen until May 18. On June 5, most of the state moved deeper into reopening, allowing more stores to reopen as well as for gyms and some stores to operate at full capacity. “We’re not shutting down. We’re going to go forward … We’re not rolling back,” Republican Gov. Ron DeSantis said at a news briefing one week ago. “You have to have society function.”In some other states, the recent surge in new cases around the country has prompted officials to delay reopening plans. In Maine, Democratic Gov. Janet Mills announced Monday that bars would not be allowed to reopen for indoor service on July 1, as previously scheduled. In her announcement, she cited “the outbreaks we have seen across the country associated with indoor service” as cause for the delay.In Oregon, Democratic Gov. Kate Brown earlier this month announced the state would pause applications from counties to move further into reopening for seven days due to a spike in new infections. “This one-week pause will give public health experts time to assess what factors are driving the spread of the virus,” Brown said in a statement on Twitter on June 11. “I will use the data we see in the next week to determine whether to lift this pause or extend it.”States that delay reopenings or even reimplement some restrictions should take the time to build up capacity to conduct testing, contact tracing and isolating of infected and exposed people, Fauci said. All three systems help to detect chains of spread and cut them off before they have the chance to balloon into full-on outbreaks.”I hope as the weeks and months go by, we will be able to do what you’re referring to and mobilize the identification, isolation and contact tracing in those states,” he told members of Congress Tuesday. “The ones that have recently been in the news. Florida, Arizona, Texas and those states that are now having a serious problem.”Earlier Tuesday, Fauci said parts of the U.S. are beginning to see a “disturbing surge” in coronavirus infections. As of Monday, the seven-day average of new infections across the U.S. increased more than 30% compared with a week ago, according to a CNBC analysis of Johns Hopkins University data. Unlike many other countries in Europe and Asia, which were able to drive down the rate of spread from their peaks to a containable level of dozens or hundreds of new cases per day, the U.S. struggled to bring daily new infections closer to zero. U.S. cases had risen to about an average of 30,000 infections per day at the peak of the outbreak before plateauing to around 20,000 infections per day, Fauci said. “Now we’re going up [again]. A couple of days ago, there were 30,000 new infections,” he said. “That’s very troublesome to me.”— CNBC’s Berkeley Lovelace contributed to this report.