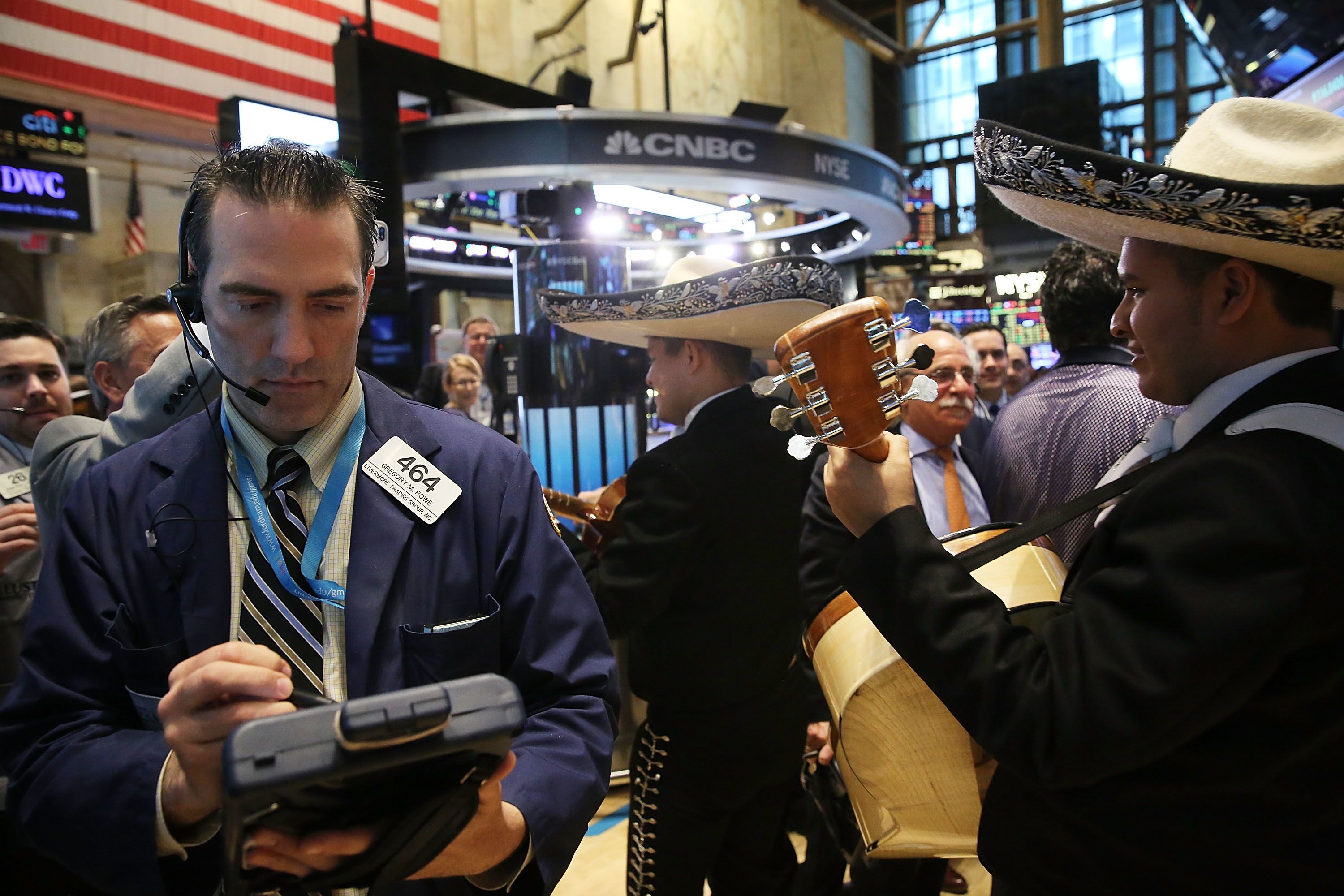 A traditional Mexican band plays on the floor of the New York Stock Exchange to celebrate Cinco de Mayo on May 5, 2015 in New York City.

Micron Technology, Advanced Micro Devices, On Semiconductor — The semiconductor stocks rose after the U.S. granted Huawei another 90 days to buy from American suppliers. “We’re giving them a little more time to wean themselves off,” Commerce Secretary Wilbur Ross said. Micron and AMD gained 3.4% and 1%, respectively. Shares of On Semiconductor advanced 2.7%.

Chevron — Shares of the energy company rose 1.3% after an analyst at Barclays initiated them with an overweight rating. The analyst said Chevron is “well positioned” for a return of “significant” free cash flow to its shareholders.

Deckers Outdoor — Shares of Deckers gained 2.6% on Monday after the footwear company was upgraded to buy from hold by Pivotal Research Group. The analysts cited winter weather as a potential catalyst for the maker of Uggs footwear and said a recent slide in price made the stock more attractive. Shares are down roughly 20% in the past month.

Amgen — Shares of pharmaceutical giant Amgen slid as much as 1.4% on Monday after analysts at Mizuho downgraded the company to neutral from buy. The analysts said the downgrade was based “solely on valuation” and increased the price target to $212 per share from $208. The share price has risen more than 10 percent in the past month.

Estee Lauder — Estee Lauder shares rallied more than 12% after the skincare-products maker reported better-than-expected results for the previous quarter. The company earned an adjusted 64 cents per share on revenue of $3.59 billion. Analysts polled by Refinitiv expected a profit of 53 cents a share on sales of $3.53 billion. Estee Lauder saw upside in its makeup and fragrance business. The company also issued strong earnings guidance for fiscal 2020.

PG&E — The embattled electric utility company from California fell 25.3% after a judge ruled that a jury can find them liable for as much as $18 billion in wildfire damages. In a separate ruling, a judge determined PG&E can retain control of its bankruptcy plan.

Apple spending $6 billion on shows, trying to beat Disney+: FT
It takes more than a strong consumer to be a successful retailer
To Top
error: Content is protected !!
Top