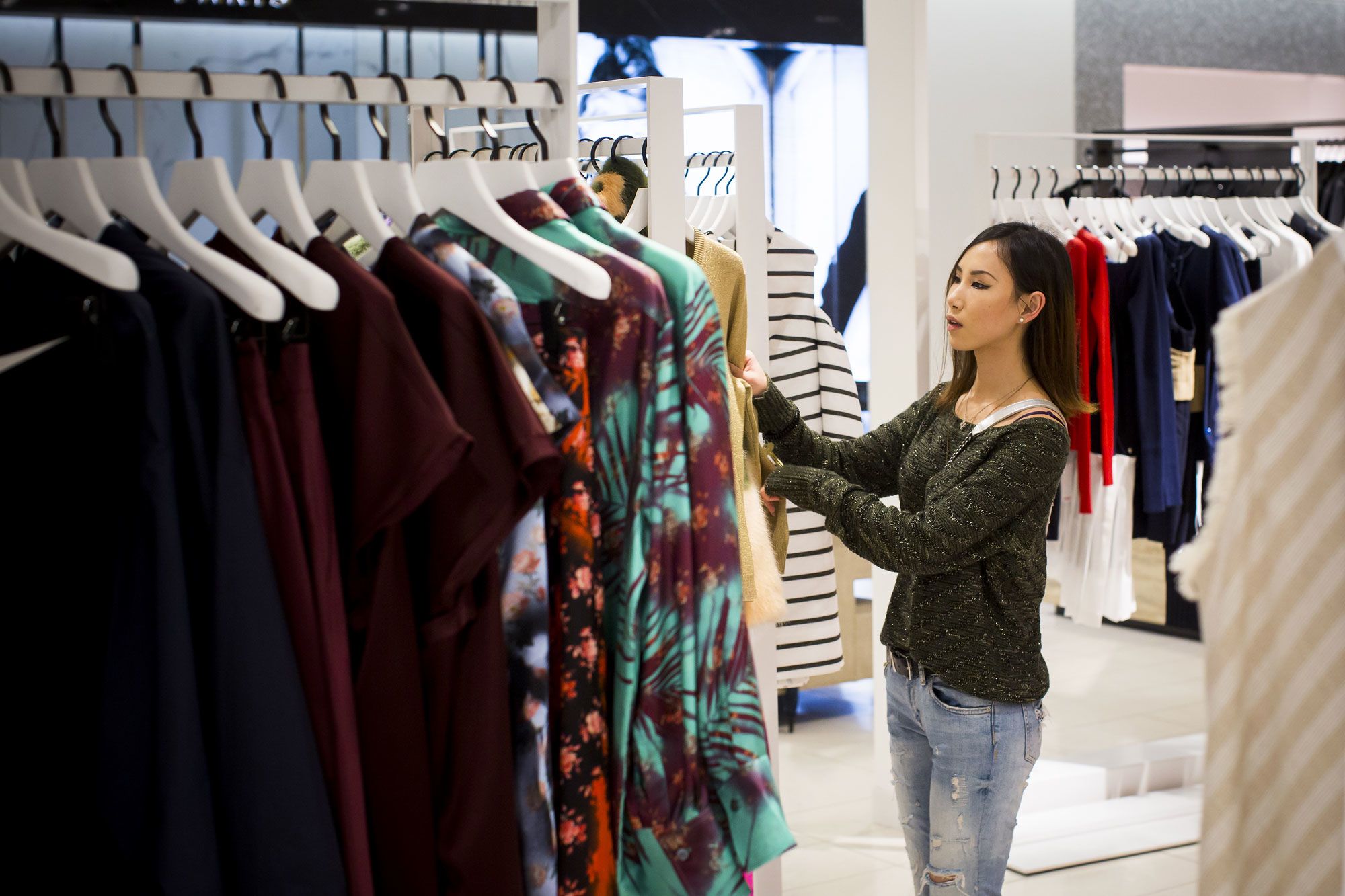 A shopper browses dresses in a Nordstrom store in downtown Vancouver, British Columbia.

Tesla – Shares of the electric automaker dropped 4.7% in trading as Citigroup joined Morgan Stanley in releasing a “bear case” scenario for Tesla. The firm sees it as increasingly likely that the stock will plummet as far as $36 a share. Additionally, Consumer Reports said Tesla’s autopilot feature raises “serious safety concerns” and, during a test, performed worse than human drivers.

Lowe’s – Shares of retailer Lowe’s cratered 11.6% following the release of the company’s mixed first-quarter earnings. Lowe’s reported earnings per share of $1.22, below Wall Street’s expectation of $1.33, according to Refintiv, while revenue that was slightly higher than expected at $17.74 billion. Lowe’s slashed its full-year forecast as cost increases hurt the company’s profits, even as same-store sales increased 3.5% for the quarter.

Nordstrom – The retailer’s stock tanked 9.7% after the company reported a big first quarter earnings miss of 23 cents a share, below the expected 43 cents a share, according to Refinitiv. Nordstrom also cut its full-year forecast, citing “executional misses” with its customers at the beginning of the year. Nordstrom expects to earn between $3.25 and $3.73 per share for fiscal 2019, down from its previous range of $3.65 to $3.90 a share.

Target – Shares of Target surged more than 9% after beating on the top and bottom lines for the retailer’s fiscal first quarter, and the retailer reaffirmed its full year outlook. Target posted earnings per share of $1.53, compared to the $1.43 forecast by analysts surveyed by Refinitiv. Revenue was $17.63 billion, topping estimates of $17.52 billion. Same-store sales increased 4.8% for the quarter, while analysts were expecting them to rise 4.2%.

Qualcomm – The chipmaker’s stock fell 12.1% after a federal judge sided with the Federal Trade Commission and declared Qualcomm must renegotiate its patent licensing terms with customers. The ruling declared Qualcomm broke the law by suppressing competitors within the mobile phone chip market. The company must also report to the FTC annually for seven years to ensure compliance with the injunction, the ruling said.

Sprint, T-Mobile – Shares of Sprint fell 7.9% and shares of T-Mobile fell 1.1% amid reports that the U.S. Justice Department’s antitrust division staff recommended that the agency file a lawsuit to block T-Mobile’s acquisition of Sprint.

VF Corp. – Shares of Vans parent company VF Corp. fell 3.2% after the company’s full year forecast came in below expectations. The apparel maker estimates 2020 revenue in the range of $11.7 billion to $11.8 billion, below analysts’ estimates of $14.6 billion, according to Refinitiv.

Pure Storage – Pure Storage stock plunged 24.4% after the data storage company reported first quarter results that missed estimates on the top and bottom lines and cut its revenue guidance for the current fiscal year. According to CEO David Hatfield, large enterprise deals taking longer to close and having more variability resulted in the disappointing results.

Ambarella – Shares of the chipmaker plunged 11.8% amid reports the U.S. is considering putting a number of Chinese video surveillance firms, including Hikvision, on a blacklist. The move would limit Hikvision’s ability to buy technology from its U.S. suppliers, including Ambarella. Ambarella designs computer vision camera chips for Hikvision’s systems and, as of last year, derived roughly 10% of its annual revenues from the company.