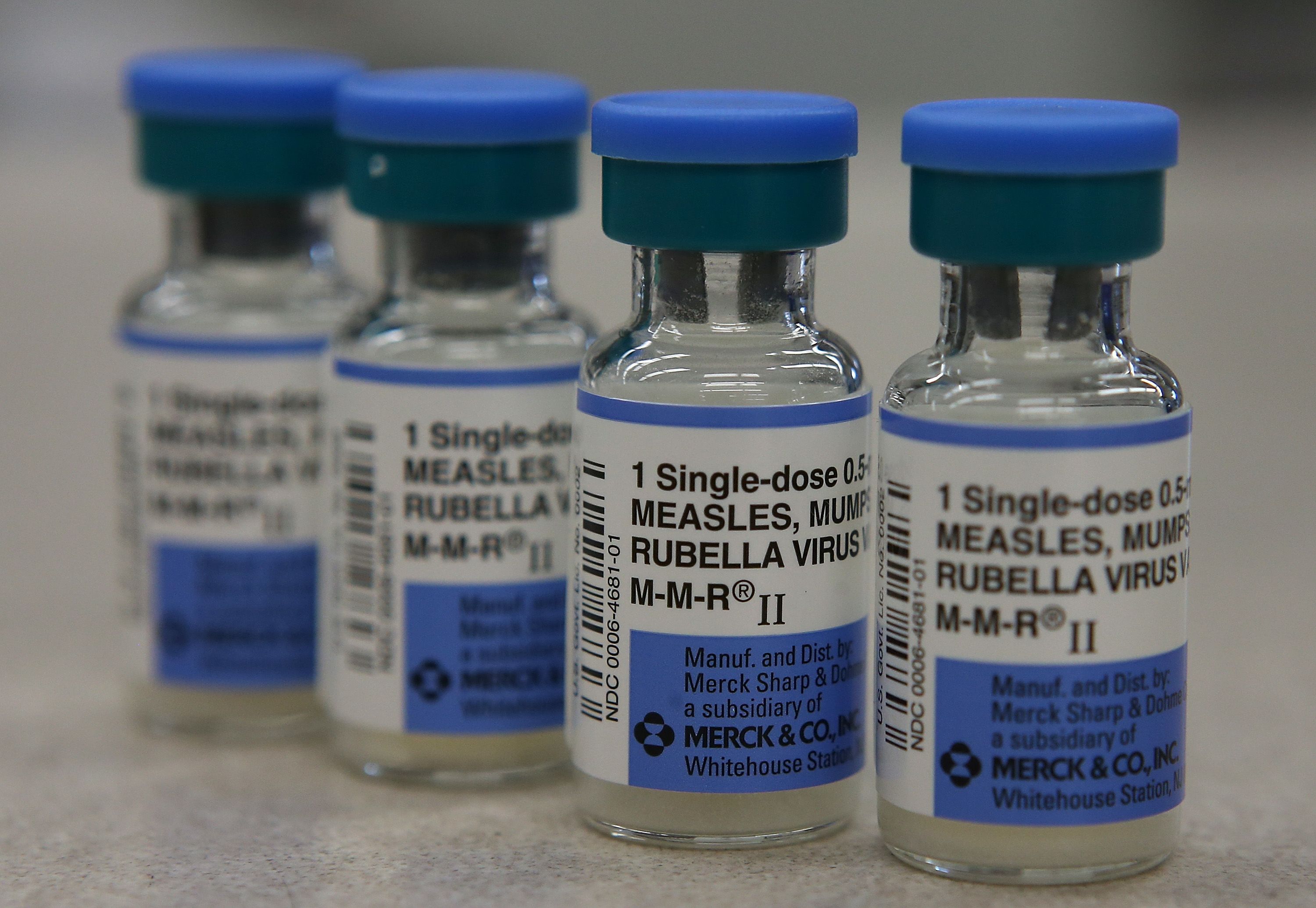 Vials of measles, mumps and rubella vaccine are displayed on a counter at a Walgreens Pharmacy on January 26, 2015 in Mill Valley, California.

Maine became the 25th U.S. state to confirm a case of measles amid the country’s worst outbreak of the disease in a quarter century, as state medical officials on Wednesday reported that child was infected but is now fully recovered.

The afflicted school-aged child from Somerset County, whose measles case was confirmed on Monday, was vaccinated and had no complications while the disease ran its course, the Maine Center for Disease Control and Prevention said.

The report comes as measles cases have erupted across the country, with federal health officials reporting on Monday that 880 people have contracted the disease so far this year.

Health experts say the virus has spread among school-age children whose parents declined to give them the vaccine, which confers immunity to the disease. A vocal fringe of U.S. parents cite concerns the vaccine may cause autism, despite scientific studies that have debunked such claims.

Although the virus was eliminated from the United States in 2000, meaning the disease was no longer a constant presence, outbreaks still happen via travelers coming from countries where measles is still common, according to the U.S. Centers for Disease Control and Prevention.

The CDC said last month that 72% of the people infected with measles were unvaccinated. Of the others, 10% had at one of the two recommended vaccine doses, while the status of the remaining 18% was unclear, the agency said.

“The best protection against measles is vaccination,” Maine State Epidemiologist Dr. Siiri Bennett said in a statement, adding that even when vaccinated individuals become ill, the severity of the disease is reduced and its spread is less likely.