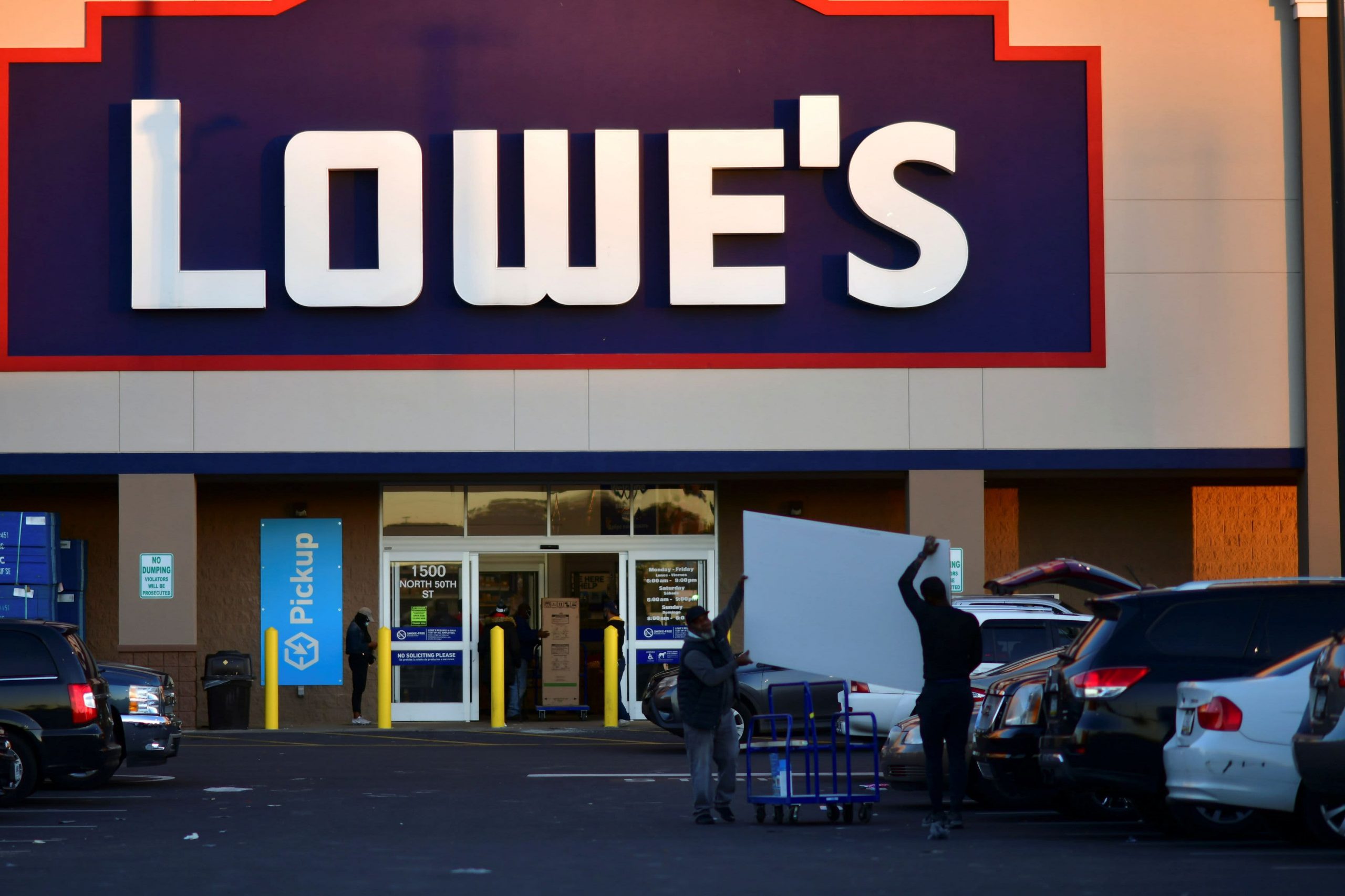 A Lowe’s hardware store in Philadelphia.Mark Makela | ReutersHere’s a look at the stocks making headlines in Wednesday’s trading session.Lowe’s – Shares of the retailer jumped nearly 10% after the company reported quarterly earnings that topped expectations and raised its revenue guidance. Lowe’s sales picked up over the past year as consumers bought new houses, renovated kitchens and took on do-it-yourself projects while stuck at home during the pandemic. The stock is up 25% this year.ViacomCBS — The media stock jumped more than 5% after ViacomCBS and NBCUniversal-parent Comcast announced they were collaborating on a new streaming service for Europe. The product, called “SkyShowtime,” is expected to launch next year. ViacomCBS also received an upgrade to overweight from Wells Fargo.Target – Target shares pulled back over 1% despite the retailer beating on second-quarter earnings. The company reported adjusted earnings of $3.64 per share on revenue of $25.16 billion. Wall Street expected earnings of $3.49 per share on revenue of $25.08 billion. The company also raised its forecast for the second half of the year, citing a good start to back-to-school spending.BlackBerry – Shares of the communications software provider are up more than 4% after it announced it patched a bug found in older versions of its QNX operating system and that it has notified customers. U.S. officials said Tuesday that the flaw could put cars and medical equipment at risk.Wendy’s – The restaurant stock rose about 2% after investment firm Oppenheimer upgraded Wendy’s to outperform from perform. Oppenheimer said that the fast food chain’s new expansion plans could help its shares rise by more than 20%.Tilray – Shares of the cannabis company rose over 4% after Tilray announced that it had purchased convertible notes for U.S. retailer MedMen enterprises. The deal could give Tilray a foothold in the U.S. market if the country legalizes marijuana.Become a smarter investor with CNBC Pro. Get stock picks, analyst calls, exclusive interviews and access to CNBC TV. Sign up to start a free trial today.