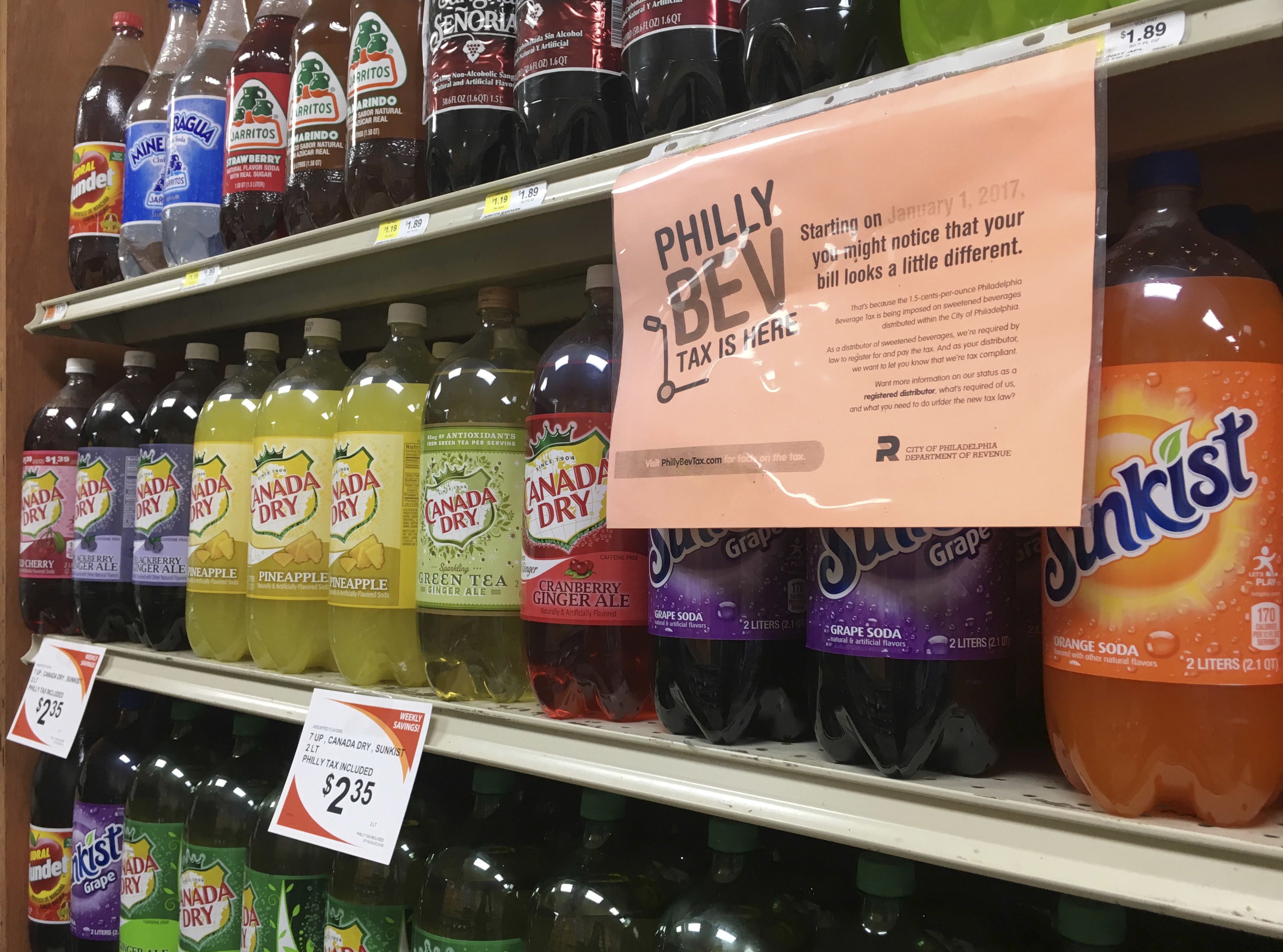 Sugary drink sales dropped 38% in Philadelphia after the city started taxing soda and other sweet beverages in 2017, according to a study published Tuesday in the Journal of the American Medical Association.

Philadelphia levied a tax of 1.5 cents per ounce on sweetened drinks beginning Jan. 1, 2017, following Berkeley, California, as the second city in the country to implement the levy.

Supporters argue soda taxes can discourage people from indulging in sugary drinks, possibly helping curb obesity, diabetes and other diet-related conditions. Critics say governments should not dictate what people drink, and raising the price in one city will simply cause people to shop elsewhere. Beverage sales inside Philadelphia’s city limits dropped by 51% but were partially offset by an increase in sales just outside the city, resulting in a net decrease in soda sales of 38% in the area, researchers at the University of Pennsylvania found.

To measure how Philadelphia’s tax affected sales of sugary drinks, researchers analyzed scanner data from market research firm IRI during the year before the tax took effect and the year after. They analyzed sales in Philadelphia, neighboring communities and Baltimore, which served as a control group. They did not study people’s actual consumption habits or health outcomes.

“When we think about what it’s really going to take to reduce chronic disease in this country, including diabetes, obesity and overweight, we need massive interventions and the evidence is really strong this is one that works,” said Dr. Kristine Madsen, faculty director of the Berkeley Food Institute at the University of California Berkeley, who was not involved with the study but wrote an accompanying editorial.

Researchers tracked sales in 291 chain drugstores, grocery stores and mass merchandise stores. The results do not include independent stores. The researchers analyzed sales in those retailers for a separate study, which is under review and has not yet been published.

Christina Roberto, assistant professor of Medical Ethics & Health Policy in the Perelman School of Medicine at the University of Pennsylvania and lead author, said the scientists are “independent” and the organization had “no role” in the study.

“It is such a big and obvious effect, it’s hard to spin this,” said Roberto. “The data are so clear and obvious.”

William Dermody, spokesman for the American Beverage Association, said in a statement: “It is clear from this study and others that beverage taxes hurt working families, small local businesses and their employees.”

“Many Philadelphians avoid the tax by shopping for beverages outside the city,” he said, pointing to a study published late last year showing sales decreases in a soda tax city were offset by people buying sugary drinks outside the city.