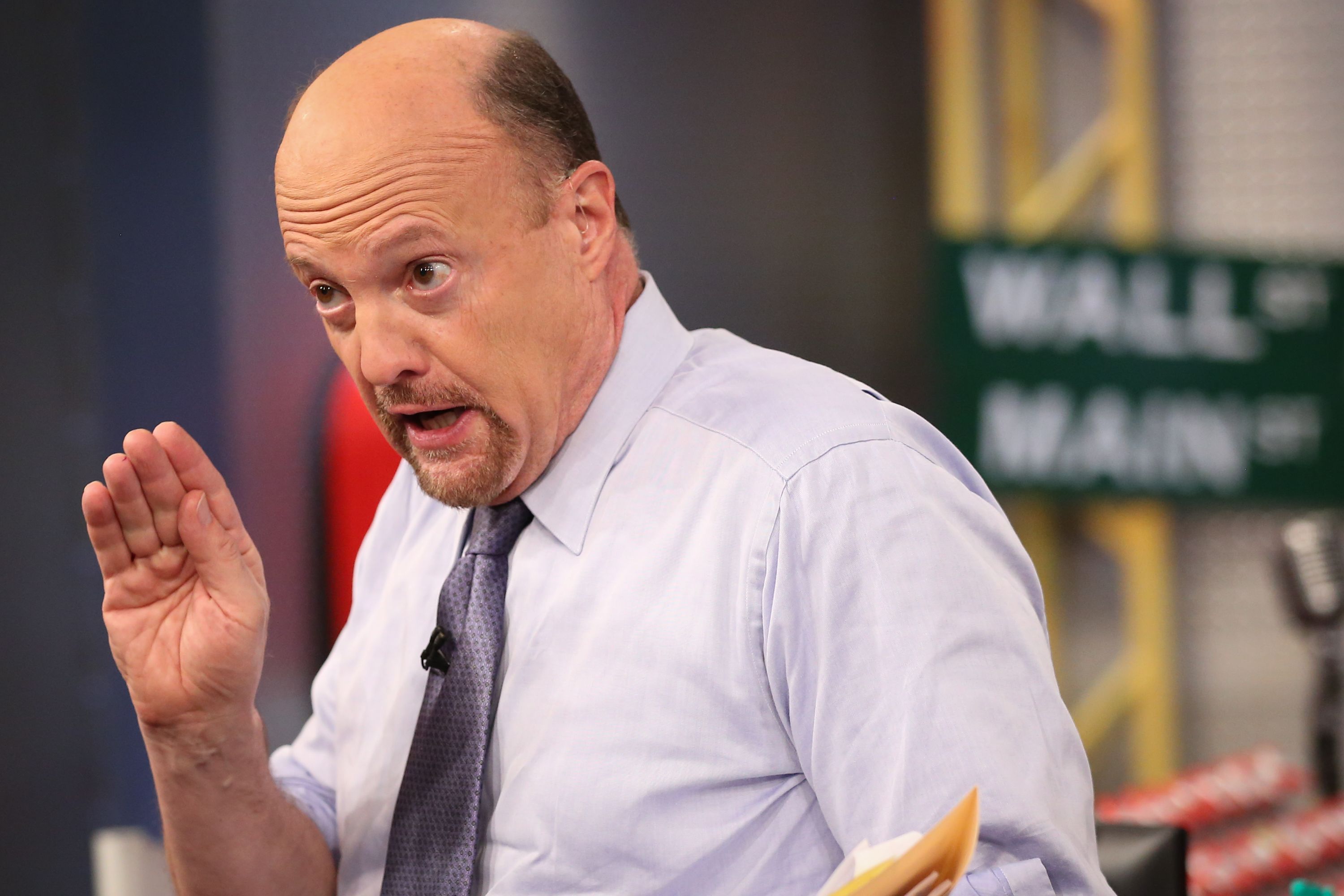 The CEOs of companies with outsized exposure to China are anticipating that the United States will escalate trade tensions even further by extending tariffs to more Chinese products, CNBC’s Jim Cramer said Tuesday.

Though President Donald Trump’s trade strategy is “flawed,” a 25% tariff on all Chinese imports could force the country to change its practices, he said.

“Even CEOs who would never vote for Trump are willing to see their own earnings cut if it means they can get a more level playing field down the line,” the “Mad Money” host said. “Yeah, their trade practices are really that bad and only the ‘punditocracy’ refuses to admit it, either because they’ve bought into the myth of China’s invincibility or they believe in free trade at any cost to our working people.”

Chinese companies have long been accused of stealing intellectual property from the U.S., and Trump placed particular focus on what he saw as a trade deficit between the countries. After hiking tariffs on $200 billion worth of Chinese goods from 10% to 25% last Friday, Trump is threatening to add a 25% duty on another group of merchandises worth about $300 billion.

Cramer said the tariffs have the potential to add another $100 billion a year to the U.S. government’s purse, which could be leveraged to pay down the budget deficit. Though American consumers will ultimately pay the price for those high duties, Trump will frame it as a tax on the Chinese, the host said.

“So even though the trade war means that earnings per share might go lower short-term for a handful of obvious companies — or more if the tariffs trigger a global slowdown — our CEOs seem to be willing to take the pain because they’ve had it up to here with the People’s Republic,” Cramer said. “I’ve talked to these execs for a long time and I keep coming back with one vital conclusion: China has overplayed its hand.”

The U.S. will find it difficult to collaborate with other trade partners, such as Europe, to cordon off China and push them to change, Cramer said. Europeans, he said, would be more willing to come to terms with the Chinese — if it means that BMW and Mercedes Benz in Germany can take market share from Ford and General Motors.

“There’s no way to form a united front against China on trade because they can play us off against each other,” Cramer said.

Get more of Cramer’s insight here

Cramer said that the stock market saw a “genuine rally, and that is a bullish sign.”

After two days of selling across the board that left equities oversold, the major averages rebounded with the Dow Jones Industrial Average moving up 207 points, the S&P 500 gaining 0.80% and the Nasdaq Composite advancing 1.14%.

“The good news … is that typically on day three of a sell-off, you only get a smattering of brave souls coming in at the end of the session to do some buying. Today wasn’t like that,” the host said. “Today was much broader than that … Even Boeing saw its stock run, as did Caterpillar, although both were very oversold. “

Shares of both big machine manufacturers could stand to climb some more, but be wary that the plane company is still dealing with its 737 Max issues and the construction company could take a hit if Deere has a bad quarterly report on Friday, Cramer said.

Investors have begun to separate the names with China exposure from those without, but Cramer warned that the sell-off may not be completely over.

In an interview with Cramer in San Francisco, the CEO said the software firm’s creative and enterprise businesses should be able to function without disruption.

“Our exposure to China in both of those is fairly minimal,” he told the host. “I think if you look at what we’ve been able to accomplish in the long run and the tailwinds that we have, we continue to be really optimistic about Adobe’s prospects.”

Adobe is riding the secular trends of design and creativity, two areas that Narayen said “have never been more important.” People are creating content in a myriad of spaces, including for automobiles and retail experiences, he said.

Read more on the discussion here

See what he has to say here

Trade Desk is unique for two reasons in particular, according to CEO Jeff Green.

The online advertising marketplace can partner with all the biggest media companies in the world — think Alphabet’s Google, Amazon, Facebook, Apple, Baidu, Alibaba, and Tencent — because “we don’t own any media, so we’re not competing with them,” he told Cramer.

Additionally, Trade Desk is connected to China in a way that most other companies are not, Green said. The company is bringing money into the country, as opposed to taking money out of it, he highlighted.

“Instead of trying to tap into the Chinese consumer and take money out, let’s bring spend, or advertising spend, from the biggest brands in the world,” Green said. “And it’s made it easy for us to go into China when other people are running out, because we’re using a different playbook.”

Cramer’s lightning round: We’re late to the Qualcomm party — Not here

In Cramer’s lightning round, the “Mad Money” host zips through his responses to callers’ stock picks of the day.

Keysight Technologies Inc.: “It’s just been a horse. It’s a good company. I know I’ve looked at it a couple times … and I think it’s O.K. I think you’re in good shape with that.”

Brink’s Co.: “I have felt that they have become far more than just a bunch of trucks that picks up money. I think it’s a good solutions company. I like it, and I would buy here.”

We’re late to the Qualcomm party — Not here
We’re ‘optimistic’ about our prospects amid trade tensions
To Top
error: Content is protected !!
Top