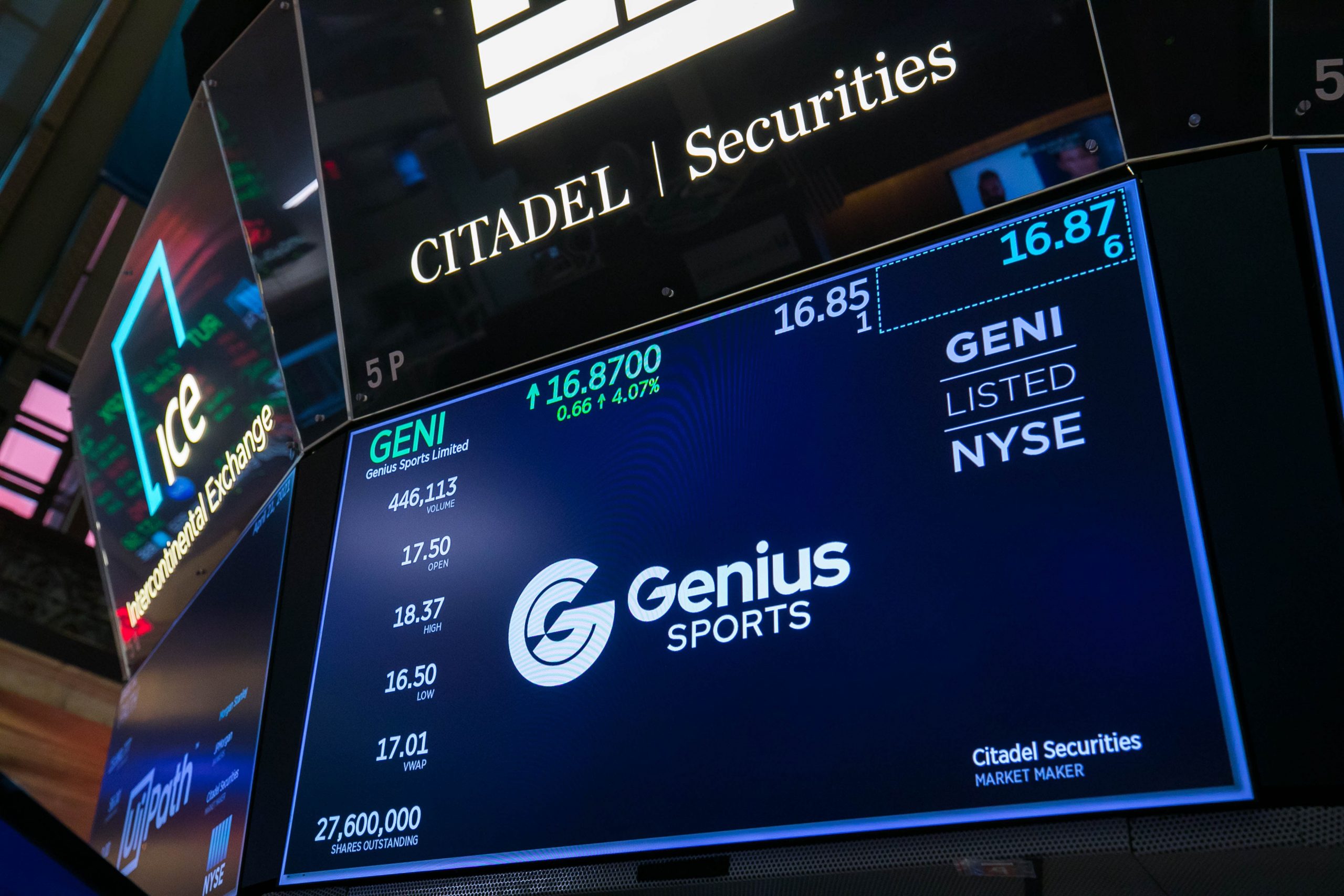 Genius Sports.Genius SportsSports tech company Genius Sports is partnering with the National Basketball Association’s league in Africa, which will see the firm provide official real-time stats and incorporate new technology.The agreement, announced Monday, could be the first step in introducing a wave of new sports data and gaming features for media and betting companies.U.K.-based Genius works with media companies for broadcast enhancements and provides data to sports betting firms to set wager lines. The partnership with Basketball Africa League doesn’t extend to sports betting, but Genius wants to use the agreement to roll out new artificial intelligence-driven technology, including augmented reality features.Financial terms of the deal were not provided.”Through this partnership, Genius Sports will provide the BAL with its FIBA LiveStats data collection tool, which will be used to capture advanced play-by-play statistics from courtside at every BAL game including shot, foul and turnover locations to highlight the league’s top performers and provide crucial updates for fans to follow the live-action,” the company said.Details and information are projected on a screen during the announcement of the The NBA-backed Basketball Africa League (BAL) at the Museum of Black Civilisations in Dakar, on July 30 2019.SEYLLOU | AFP | Getty ImagesLast month, Genius Sports closed a $1.5 billion deal with a special purpose acquisition company to go public. It’s now trading on the New York Stock Exchange under the ticker symbol GENI. The company has a $3.2 billion market capitalization, and its chairman is former Turner Sports executive David Levy.Why this partnership mattersGenius is a major player in sports. This deal will allow the company to innovate with BAL and create second- and third-screen engagement for  viewers. Genius has clients including top sports betting companies Penn National, DraftKings and Fan Duel, and networks including Disney’s ESPN and ViacomCBS.Genius paid $200 million to acquire Second Spectrum, which is backed by Steve Ballmer. Second Spectrum already works with the NBA and uses artificial intelligence and player tracking via high-definition cameras in areas to collect data. The company is also behind the tech used for ESPN’s NBA Marvel telecast.Ballmer, the Los Angeles Clippers owner, and former Microsoft CEO, will stay on as a shareholder post-acquisition. In 2018, Ballmer helped create “Clippers CourtVison,” a second-screen experience that gives regional sports network subscribers the ability to watch and consume games in multiple ways using real-time stats and AR features to enable viewers to feel more in control.Steve Ballmer, former chief executive officer of Microsoft Corp., gestures as he speaks during a news conference after he was introduced as the new owner of the Los Angeles Clippers in Los Angeles, California.Kevork Djansezian | Bloomberg | Getty ImagesWith Genius securing exclusive National Football League data rights in April, it could attempt to roll out Second Spectrum across pro football, capturing a wide range of new data and camera angles with the tech. Also, media networks like ESPN are shifting to more second-screen opportunities with streaming, positioning for betting and gamification viewing experiences.With Genius owning the in-depth data and tech, it is positioning itself to capitalize. The firm built the NBA’s next generation stats system and envisions rolling out new viewing experience features with BAL.The league began its inaugural season this past weekend, delayed a year due to Covid-19. The NBA co-partnered with International Basketball Federation to create BAL in 2019. The league will consist of two conferences, and 12 teams. The top six clubs will compete in a single-game elimination tournament following the season to determine the champion. Amadou Gallo Fall is president of the league. “The BAL will showcase and develop the most exciting talent from across African basketball, and we’re very proud that our statistics technology will be at the heart of this new competition,” said Genius Sports CEO Mark Locke.Genius Sports will have its first earnings call on May 20. Shares of the company rose 6% on Friday, closing at $18.35 per share.   Disclosure: CNBC parent Comcast and NBC Sports are investors in FanDuel.

Why some employees are quitting the 9-to-5 to be their own boss during the pandemic
AT&T’s WarnerMedia spinoff plan ends ‘one of the dumbest mergers in recent history,’ Jim Cramer says
To Top
error: Content is protected !!
Top