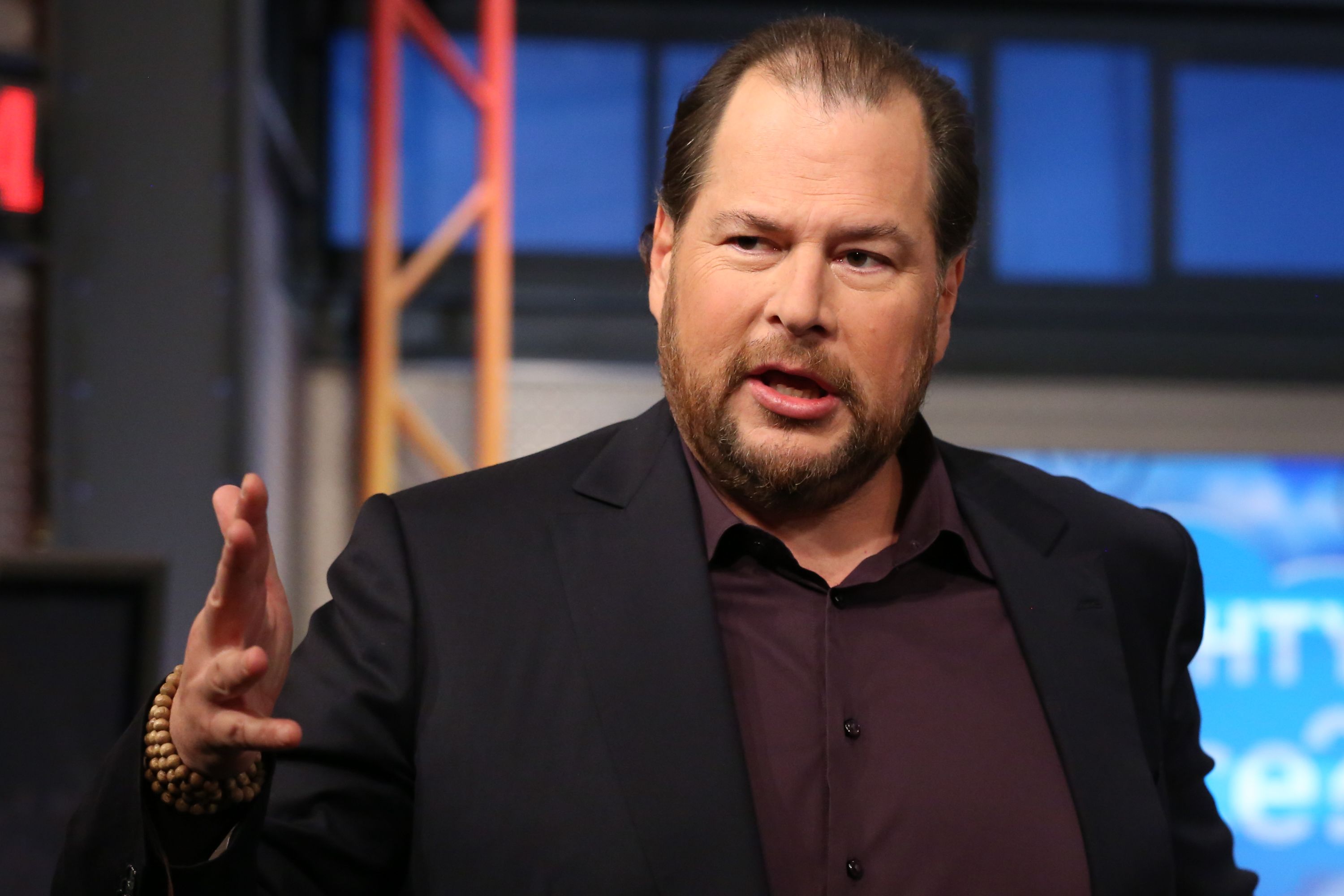 In an interview Tuesday, Jim Cramer asked the billionaire CEO for his opinion on what the “Mad Money” host called a “war on tech”: the looming regulatory investigations into a number of major tech companies including Facebook, Apple, Amazon and Alphabet’s Google.

“I feel so strongly that we are at a point in our industry where enough is enough and we need to get the values straight with these tech companies,” said Benioff, who co-founded the service cloud platform two decades ago.

Benioff spoke out against what he sees as the “manipulation” of consumers, the misuse of the data, and “serious issues with privacy.”

Tech giants, and most notably Facebook, have come under scrutiny in recent years for their strongholds in their respective industries. Entities in both the executive and legislative branches of government are planning a wide range of probes into the companies for suspected misuse of market power.

Facebook has been criticized for its handling of user data, most notoriously in relation to the British political consulting firm Cambridge Analytica during the 2016 election. Officials have also homed in on Apple’s App Store, where the iPhone maker collects 30% of most in-app purchases.

The Federal Trade Commission is said to be readying an antitrust case against Apple and Google, while the Justice Department could be looking at the practices of Amazon and Facebook.

“Those values need to change. Some of those companies need to be held accountable for what’s going on,” Benioff said. “I actually think it’s maybe too little too late. They should be more aggressive. We’re following behind what the European Union is doing.”

Benioff said European Union regulators are the “leaders” in enforcing privacy on big tech companies, via the General Data Protection Regulation. This is not the first time the CEO has been critical of the tech industry. He’s repeatedly said Facebook is the “new cigarettes.”

“I mean there’s things that have happened in our industry that are embarrassing to me, so let’s clean it up,” Benioff said. “Let’s make tech have the values that we all want it to have, and let’s take care of our customers and put consumers first. This is what I think is important.”