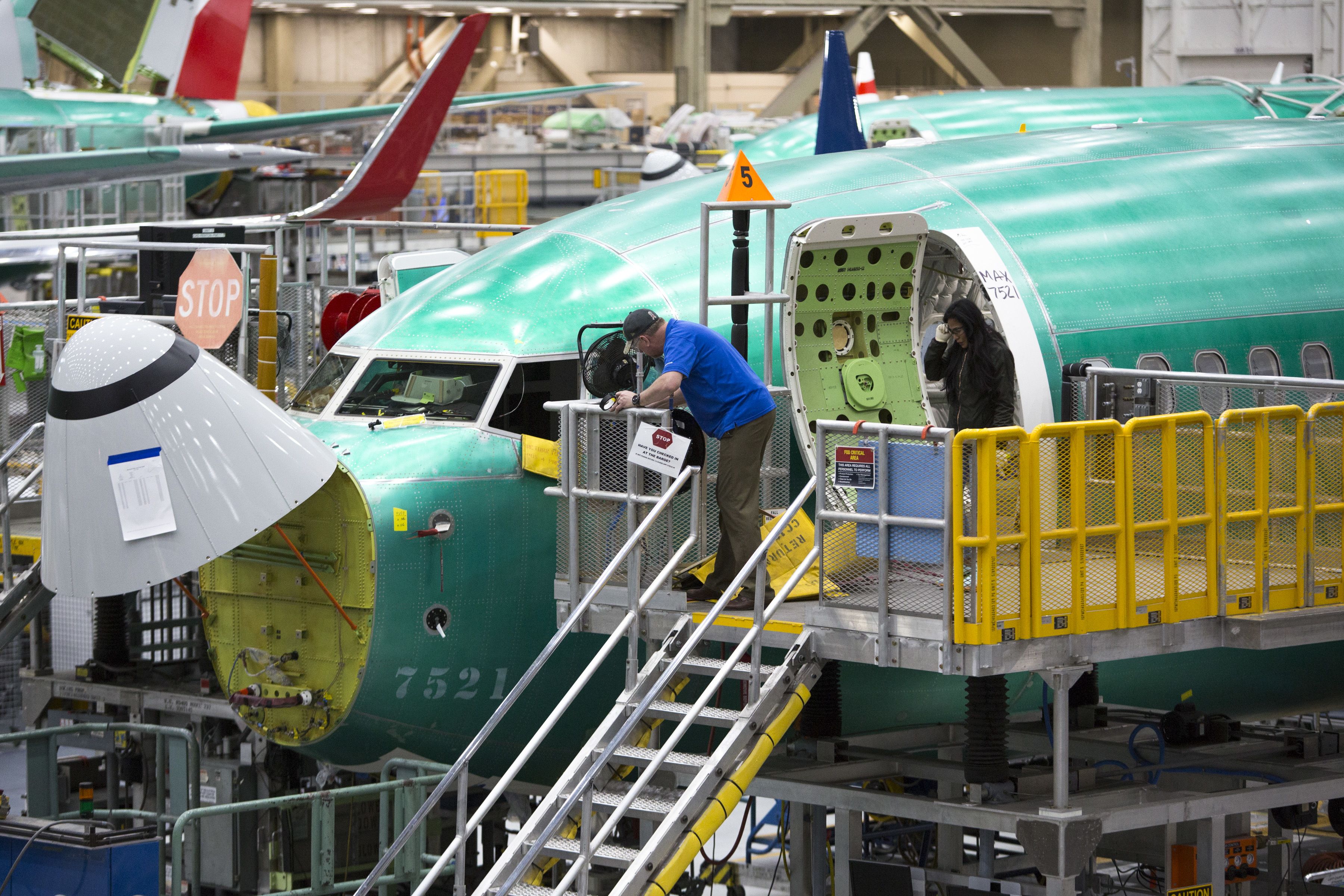 Employees work on Boeing 737 MAX airplanes at the Boeing Renton Factory in Renton, Washington on March 27, 2019.

Lawmakers requested documents on Friday from Boeing about a faulty cockpit alert on the manufacturer’s beleaguered 737 Max planes — an issue the company knew about for a year before informing regulators and that they said it didn’t plan to fix for three years.

Rep. Peter DeFazio, an Oregon Democrat and chairman of the House Committee on Transportation and Infrastructure and Rep. Rick Larsen, a Democrat from Washington state, sent letters to Boeing as well as United Technologies and the Federal Aviation Administration seeking documents and a timeline of when they became aware of the issue and when airlines were informed.

“The fact that Boeing knew about a defect for more than a year before disclosing it to the FAA is of great concern to me, which is why Chair Larsen and I are asking for further documentation to get a more fulsome picture of who knew what and when,” said DeFazio in a statement. “It’s critical we leave no stone unturned during our committee’s investigation.”

Aviation officials grounded the Boeing 737 Max jets around the world following a second fatal crash of the popular model in March. A total of 346 people were killed in the two crashes.

Investigators have implicated in the two crashes an automated anti-stall system aboard the jets that was fed by bad sensor data.

The alerts in question let pilots know if sensors on the plane aren’t functioning properly. The sensors are meant to determine the angle at which the plane is flying. The lawmakers said they have received information that suggested Boeing had planned in November 2017 to defer the software update to fix the issue by three years.

Boeing sped up this fix after a Lion Air 737 Max crashed in October 2018, the lawmakers said.

In a statement on Friday, the Chicago-based manufacturer said the lack of this alert, known as the angle of attack disagree alert “did not adversely impact airline safety or operation.

“We fell short in the implementation of the AoA disagree alert and are taking steps to address these issues so they do not occur again,” the statement said.

Acting FAA chief Daniel Elwell in a May hearing with the House panel on aviation said he was “not happy” with the 13-month gap between the time Boeing found the problem and when it informed regulators.

The House is planning on holding another hearing on June 19 about the 737 Max, which is likely to include comments from flight attendants and pilots, according to a source familiar with the matter.

Tech must ‘get the values straight’
US-Mexico trade progress can take stocks higher
To Top
error: Content is protected !!
Top