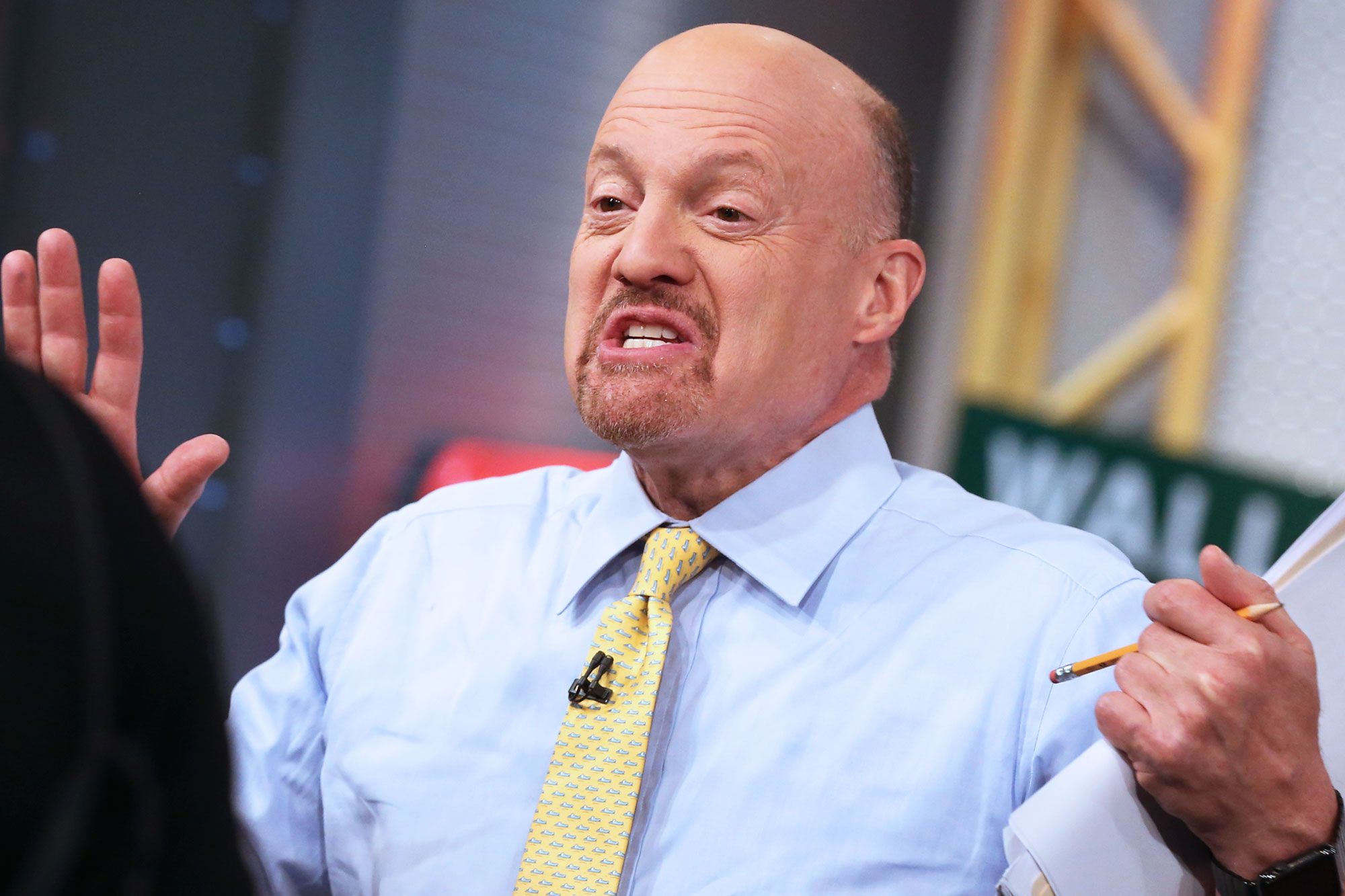 Lockheed Martin delivered the best conference call to its shareholders out of the defense sector, CNBC’s Jim Cramer said Friday.

The largest military contractor in the world, the Bethesda, Maryland-based manufacturer trounced analyst expectations on earnings per share, $5.99 versus $4.34, and revenue, $14.3 billion versus $12.6 billion.

Raytheon, a major contractor for the U.S., is another popular defense stock, but the earnings call does not compare to Lockheed, Cramer said.

“Lockheed Martin is set for life with the F-35,” the “Mad Money” host said. “It’s gone through hard times. Those hard times are over. LMT is for me.”

A slew of companies have reported earnings in the past week, but the busiest week of reports is still ahead, Cramer said.

“But make no mistake about it. We are in the heart of earnings season right now, and that is what’s really driving the action,” the host said.

More results are set to come out next week, including the jobs report for the month of April.

Columbia Sportswear CEO Tim Boyle told Cramer his company is turning its attention toward an outdoors activity that most of its competitors are not touching: fishing.

Performance fishing gear is a unique position for the outerwear brand to dig into outside of hiking and camping, he added.

“It’s an area that we knew we could own and we spend a lot of time and effort focusing on that part of the business, that sport, and we’re just launching a channel in Instagram focusing on PFG,” Boyle said. “We think there’s a big opportunity for us that doesn’t exist with some of our competitors.”

A visitor takes a photo of a Ford Escape Titanium at the Shanghai Auto Show in Shanghai on April 17, 2019.

Uber is going public soon and few companies are prepared for the onslaught that ride-hailing services will have on the autos and autos-related sectors.

That is with the exception of Ford Motor and Honeywell, two manufacturers that have shifted their focus as the industry buckles to changing dynamics in the world economy, Cramer said. More and more young, debt-laden consumers are inclined to skip out on car ownership and the associated expenses in lieu of cheaper options such as Uber and Lyft.

“As we approach the eve of the Uber IPO, keep in mind that the auto industry just isn’t a bedrock part of this economy anywhere around the globe anymore, and very few companies saw this one coming,” the host said. “The ones that did, Ford [and] Honeywell, they’re being rewarded. Everyone else, they’re suffering.”

Cypress Semiconductor has connectivity products that other players in the space are missing out on, CEO Hassane El-Khoury told Cramer.

The chipmaker sells a combo chip that merges Wi-Fi and Bluetooth together, he said.

“That’s a very unique capability we have,” El-Khoury said. “It’s very hard to replicate, and that makes us a very sticky solution.”

Shares of MarketAxess, an electronic trading platform for the institutional credit markets, have run about 400% in the last five years and 45% over roughly nine months. The stock continues to climb off of a solid earnings report Wednesday.

CEO Richard McVey told Cramer his company has access to data that can help forecast bond trades for clients in about 25,000 CUSIPs.

“Every individual bond has an identifier, or a CUSIP,” he said. “So we have very credible means of predicting the next trade in those bonds … through artificial intelligence and the data that we have that allows us to create models to predict that next trade.”

Cramer’s lightning round: This grocer stock has too much competition

In Cramer’s lighting round, the “Mad Money” host zips through his thoughts on callers’ stock picks.

The Kroger Co.: “It’s a tough one. I’ll tell you why it’s so tough: because you’re up against Amazon and Walmart and you’re up against Target. It’s too much. Uncle! I’m gonna have to say Uncle when it comes to Kroger. Uncle Kroger. “

Office Properties Income Trust: “It’s got too big a yield. I’m worried about it. When I see that kind of 8% yield, it makes me think ‘wait a second. Maybe there should be a red flag thrown until we find out more.”

‘Primary strategist’ in ‘lucrative market manipulation’ case to settle
This grocer stock has too much competition
To Top
error: Content is protected !!
Top