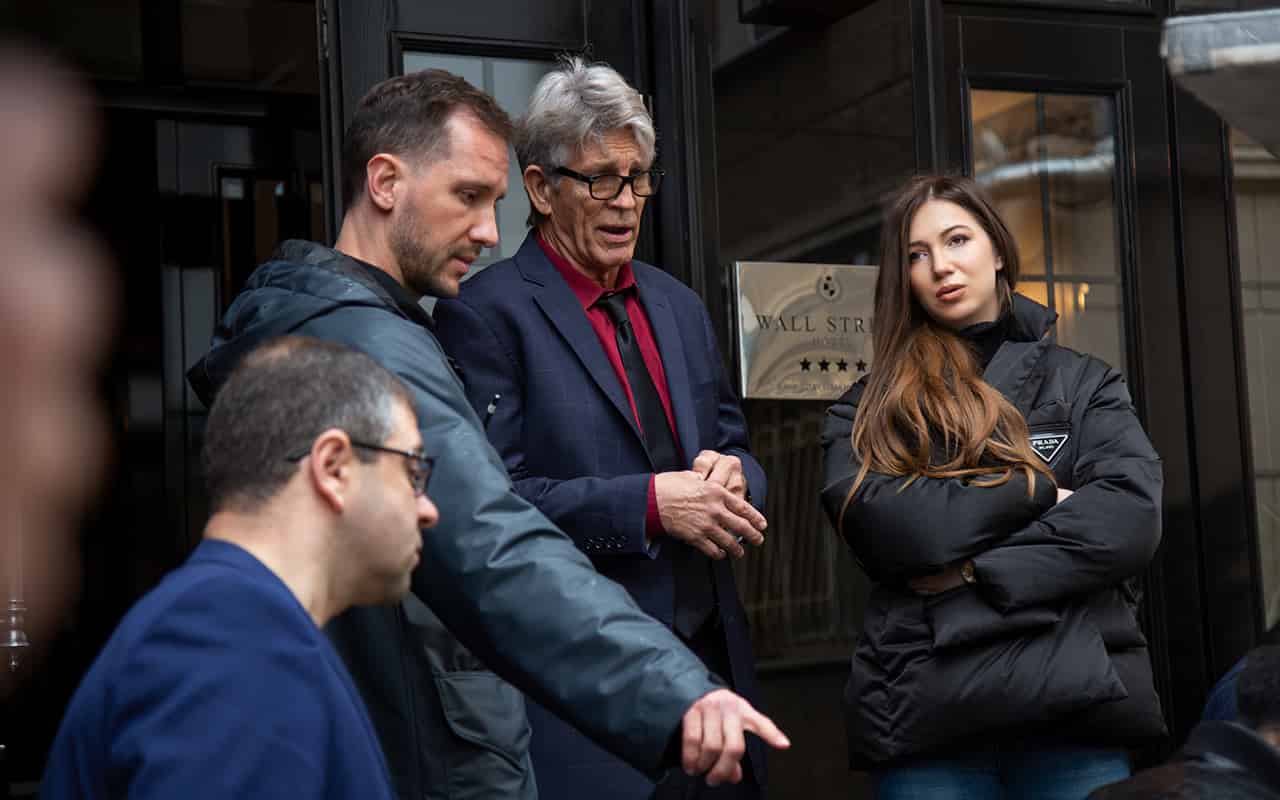 Amillidius production-studio continues to climb up the cinematic Olympus. The new film, in contrast to the previous social short film “Eriztina’s Life”, is an absolutely commercial project in which the audience will find an intriguing plot, an unexpected climax, and the favorite actors.

This work by Amillidius, titled “The Incident at Wall Street Hotel” (https://incident-at-wall-street-hotel.com/), is also produced in short film format. 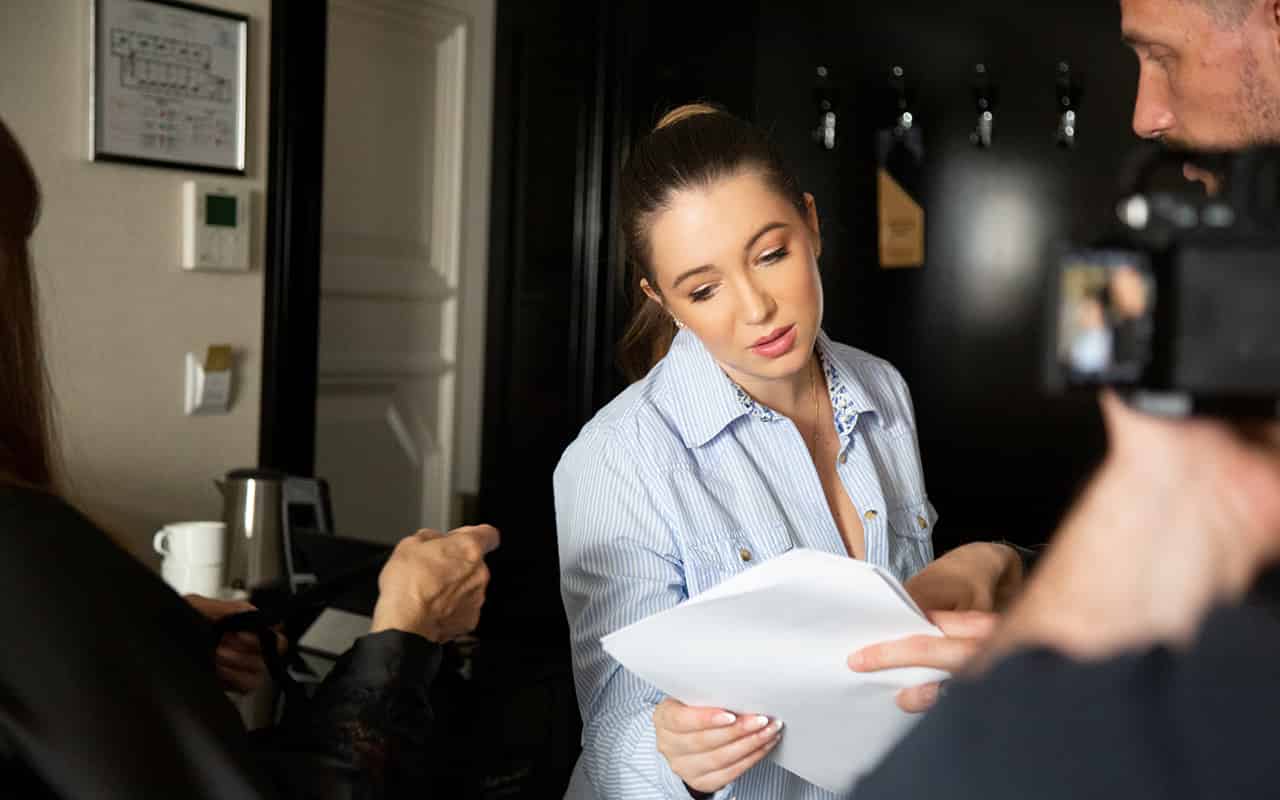 The undoubted highlight of this project by Amillidius was the participation of a Hollywood celebrity – the “Oscar” and “Golden Globe” nominee Eric Roberts accepted the invitation and came to the shooting in Ukraine. The producer and scriptwriter Elvira Gavrilova admitted in her interview that the American actor was one of her childhood idols, and inviting him to her film became one of her main goals back at the stage of writing the script. And today the producer was not only able to engage her favourite actor to work in her project, but also share a set with him, although they do not appear together in the frame. The budget for the new Ukrainian production short film by Amillidius was $100,000, which is quite a large sum for a short film. 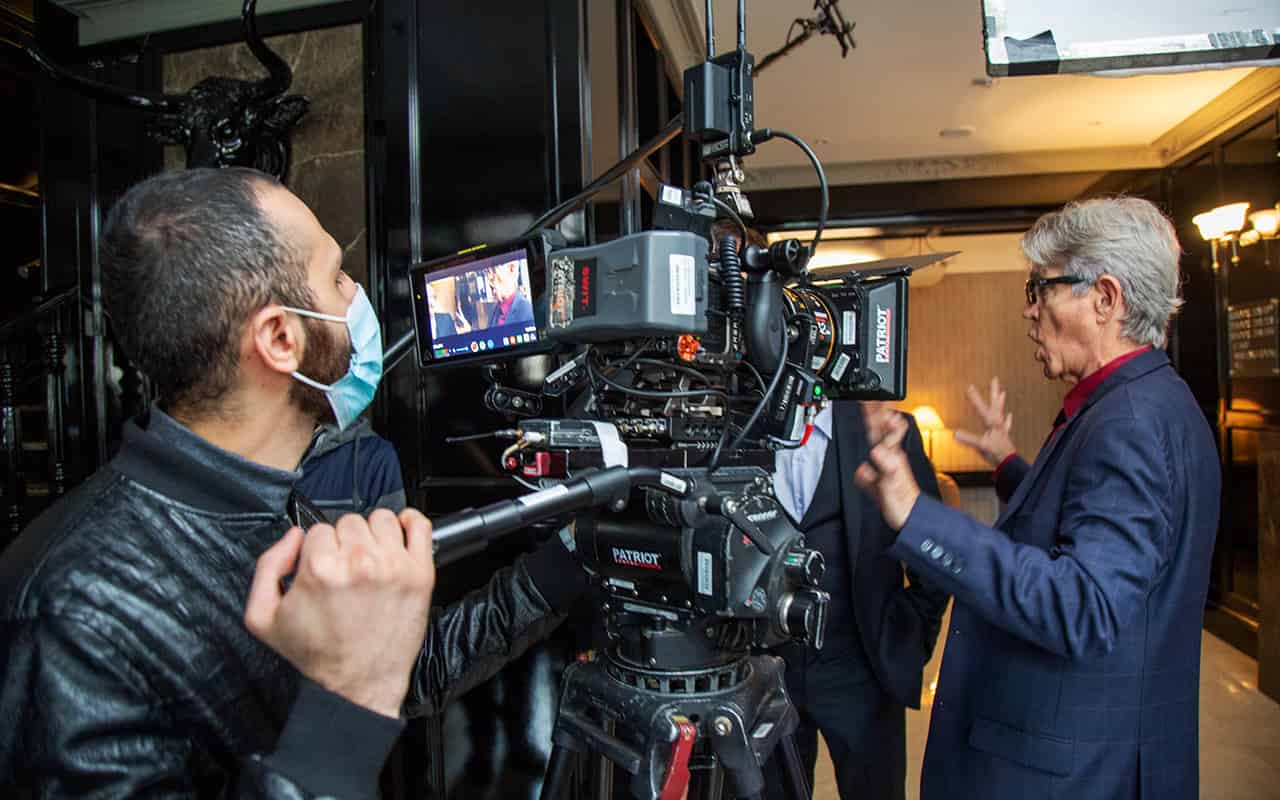 As conceived by producer and screenwriter Elvira Gavrilova, three independent plot lines develop in parallel in the film. They are united by the venue – the Wall Street hotel, as well as by how the sense of danger changes the behavior of respectable guests, bringing to the surface what was hidden in the dark corners of their souls. 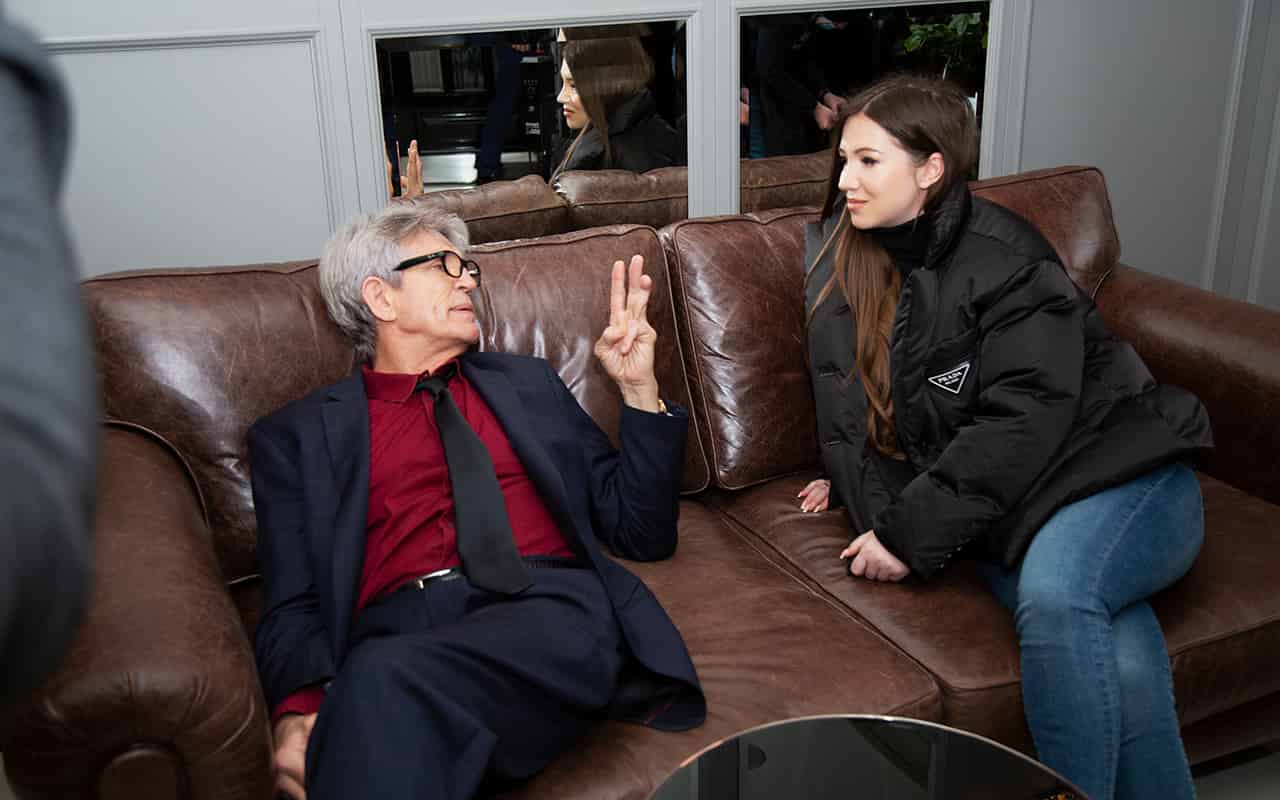 The American star Eric Roberts was as committed on the set of the Ukrainian short film, as he is in his Hollywood projects.The entire Amillidius team was inspired by the opportunity to work with the professional of this level. The members of the film crew noted that Eric Roberts had absolutely no stardom disease – he was courteous and kind with everyone both on and off the set. And during the breaks, he cracked jokes and kindly teased his colleagues.

Model Anastasiia Bondarchuk played together with the American actor in the film by Amillidius. In the story, she played the role of the daughter of Eric Roberts’ character. At a press conference, Anastasiia admitted that she was very worried before filming, but the opportunity to film with a world-famous actor simply inspired her, and her fears disappeared. For Anastasia, participation in the film of the Amillidius production studio in tandem with the grandmaster of the film industry will serve to promote her personal brand and open new horizons. 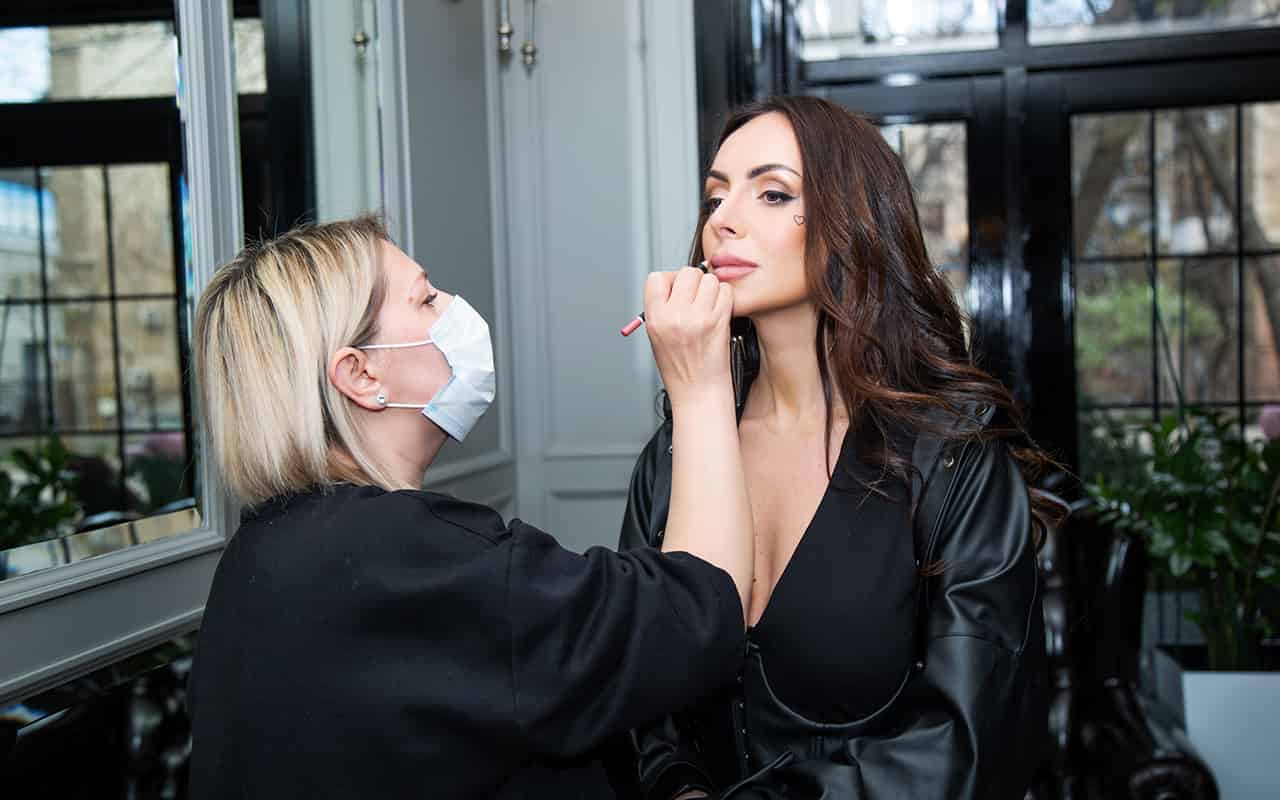 “The Incident at Wall Street Hotel”: professionals and debutants in the high-profile project by Amillidius

In the other two stories of the film “The Incident at Wall Street Hotel ”, viewers will see the stars of Ukrainian cinema as well as the debutants. For instance, the popular blogger and actor Bohdan Sheludiak, who starred in the TV hit “School”, played in tandem with the famous Fashion TV presenter and newcomer to the world of cinematography – Maryna Kiseleva. The soundtrack under the intriguing title “My covert lover” for the Amillidius project was performed by Marie Smirnova, an aspiring singer with a magnificent voice. The film’s producer, too, starred in one of the supporting roles. The charming Elvira Gavrilova appears on the screen as a negative character – an insidious babysitter-poisoner. 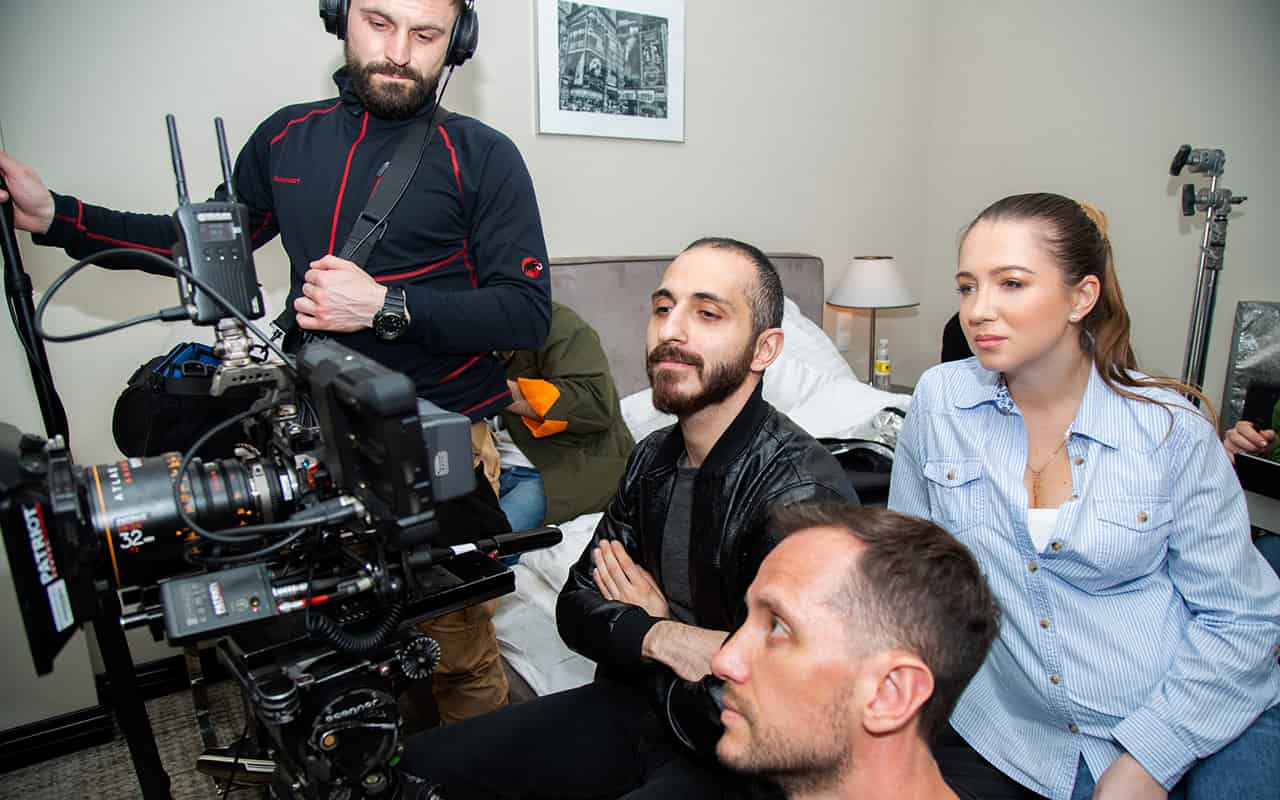 Filming, editing, and sound editing are over – the film is ready to meet the audience. But this meeting will take place a little later. The wide audience will be able to see the ironic detective story by Amillidius only after several international film festival committees consider the applications sent by Elvira Gavrilova and the Amillidius Production studio. However, for the short film creators participation in the film forums’ competitive program is not a goal in itself. What is much more important for them is how Ukrainian and foreign viewers will respond to the new work of their production – “The Incident at Wall Street Hotel”.

Sun, sea and Esther Schipper: Berlin gallery pops up in Mallorca and Taipei this summer
Three exhibitions to see in London this weekend
To Top
error: Content is protected !!
Top