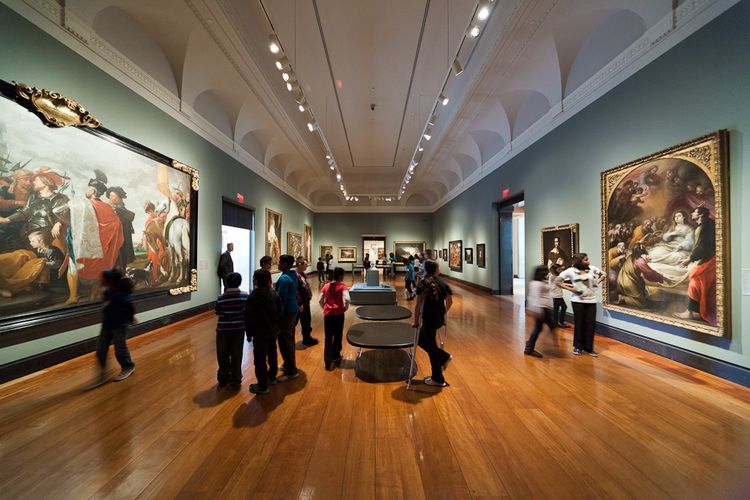 
The director of the Art Gallery of Ontario (AGO), Stephan Jost, announced a major change to its admissions policy today—free entry for visitors who are 25 years old and younger and yearly memberships for everyone for only C$35. “There’s real risk, but there’s huge opportunity,” Jost said of the initiative, which will run as a pilot programme for one year and officially takes effect on 25 May. “No museum has gone all in at this scale,” Jost added. “If we lose our shirt, we’ll go back to our old model. If we do well, we’ll keep it.”

The goal is to expand the museum’s audience and double memberships from around 100,000 currently to 220,000. Around 900 new memberships were already snapped up during early sales following the announcement this morning. “That leaves us only 119,000 more,” Jost said. The base individual membership was previously C$110, with more well-heeled members paying up to C$2,499. The new rate is only a little more than the single-entry ticket, which has been increased from C$20 to C$25, but now includes special exhibitions.

The AGO previously offered free admission on Wednesday nights only, attracting sizeable crowds, which got Jost thinking. The initial plan was to welcome only those 18 and under for free, but “our staff said to move [the cut-off] from 18 to 25,” Jost explained.

If the programme is a success, Jost foresees other institutions following suit. “The AGO model could be rolled out anywhere. If every gallery in North America had this model, you’d have tens of millions of members,” he says. “It would change the conversation.”

The gallery will also host what it calls three “All Hours” dates in the coming year, during which it will stay open past midnight and present a variety of cultural entertainment. It will be like “a Toronto block party”, Jost says.