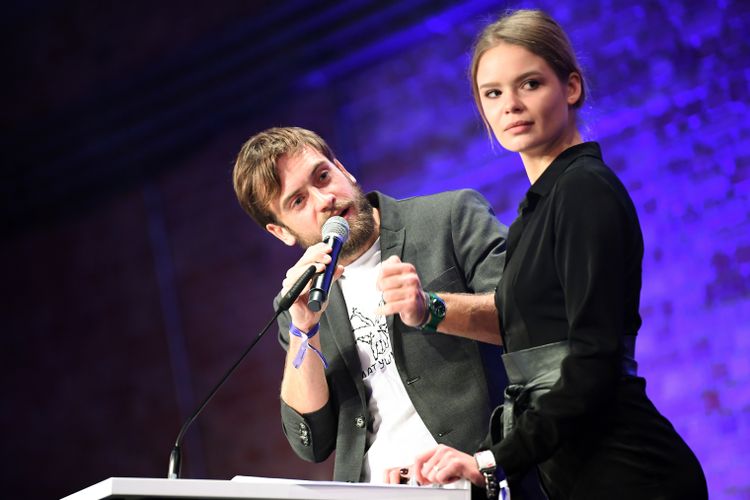 
Veronika Nikulshina from Pussy Riot and Pyotr Verzilov at the Cinema for Peace Gala in Germany earlier this year
Photo by: Britta Pedersen/picture-alliance/dpa/AP Images


Veronika Nikulshina, a member of Pussy Riot, the feminist protest group, has been detained by police in Moscow on charges of suspected drug use, her lawyer told Mediazona, a prisoners’ rights news site started by the collective’s most famous members, Nadezhda Tolokonnikova and Maria Alyokhina. Nikulshina denied the charges in a statement, according Mediazona, and “refused to be examined [for intoxication] for religious reasons”.

Nikulshina was taken in to custody by police on 8 May, reportedly after a neighbour complained about a noisy party at a friend’s apartment. Police told her she was being arrested because of damage to government property, Pussy Riot said in a statment. Pyotr Verzilov, the publisher of Mediazona and a participant in the group’s performances who was treated for a suspected poisoning last year, tweeted on Thursday that six of Nikulshina’s friends had also been detained. “It’s already a straight-out special operation!” he wrote.

Nikulshina was briefly detained again by Moscow police last month, on her way to a theatre awards ceremony where she was nominee. Nikulshina and Verzilov also spent 15 days in prison after running onto the field dressed as police officers during last July’s World Cup final in Moscow.

Wildenstein & Co sued for the 1985 sale of an alleged fake Bonnard painting
The kids are alright: Art Gallery of Ontario offers free admission for visitors under 25 and reduced membership for all
To Top
error: Content is protected !!
Top