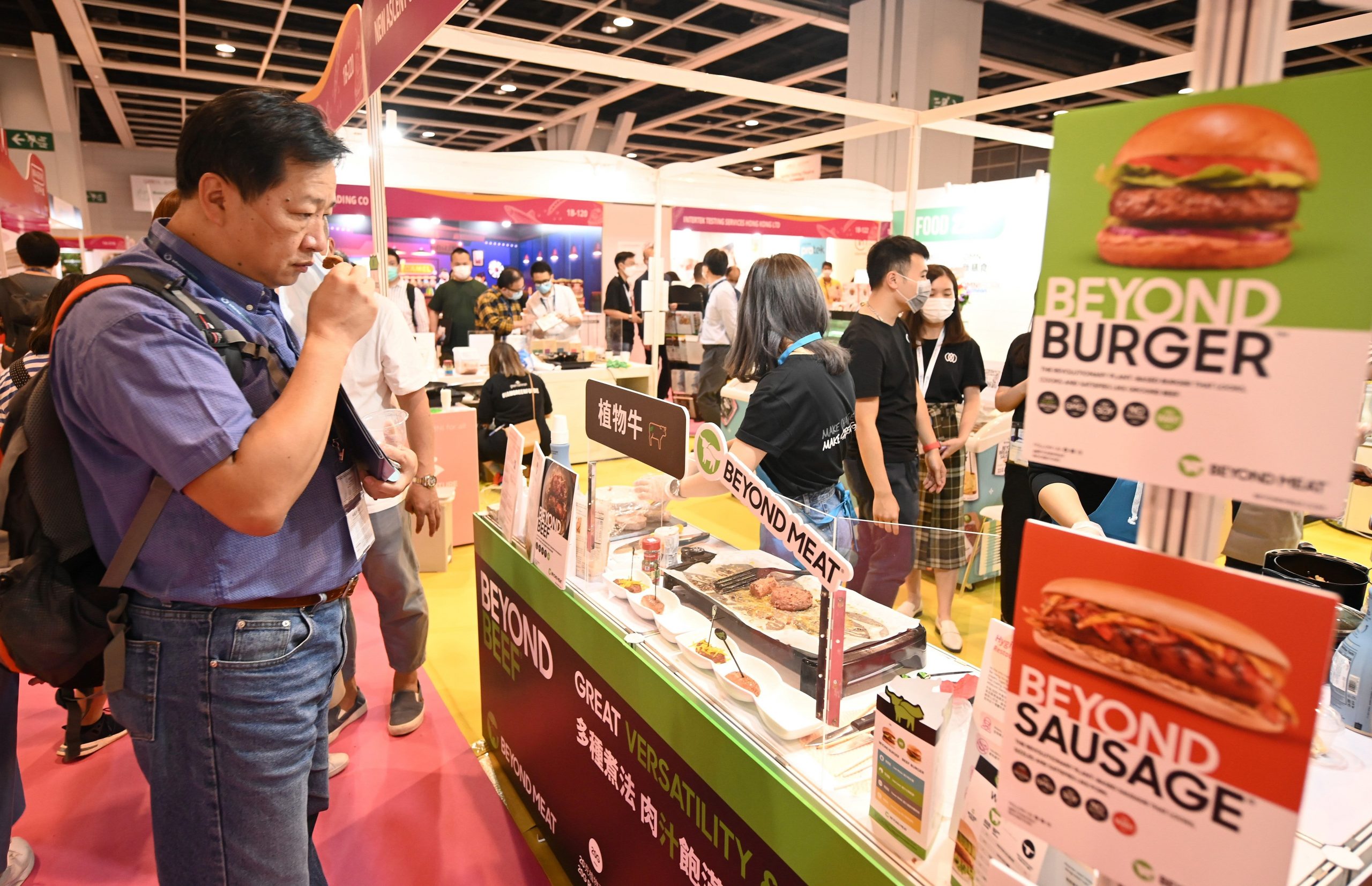 A visitor tries a plant-based meat substitute product at the Restaurant & Bar and Gourmet Asia expo at the Hong Kong Convention and Exhibition centre in Hong Kong on November 11, 2020.Peter Parks | AFP | Getty ImagesSINGAPORE — Demand for meat alternatives has grown and will continue to rise, but the industry still has hurdles to overcome in different parts of the world, analysts said.Worldwide search interest for the term “plant-based meat” skyrocketed in early 2019 months before Beyond Meat’s initial public offering, according to Google Trends.The global meat substitutes sector is worth $20.7 billion, and is set to grow to $23.2 billion by 2024, market research company Euromonitor told CNBC.That growth is being spurred by concerns ranging from animal welfare to food security and the Covid-19 pandemic.”In this era of shocks and instability, building a low-risk value chain means focusing on where the opportunities are, and the shift towards plant-based meat shows no signs of slowing down,” said Elaine Siu, managing director of The Good Food Institute Asia Pacific.But obstacles remain for the burgeoning market.Cultural barriersThe plant-based meat market in Asia may be limited by established perception issues, said Siu.For example, mock meat or vegetarian meat was previously primarily eaten by followers of Buddhism in China, she said.”Replication of the taste and texture of meat was never pushed past a relatively basic level,” she said, adding that these traditional products serve a specific purpose and “their appeal is viewed as limited” to certain groups.”In order for plant-based meat to reach its full market potential in Asia, the sector must continue to break free of its association with traditional mock meats, which are expected to be sold at a low price point and carry historical image baggage,” said Siu.Objections from the traditional meat industryCattle farmers could also stand in the way of the alternative protein sector, especially in the U.S., said Simon Powell, global head of thematic research at American bank Jefferies.The U.S. Cattlemen’s Association in 2018 filed a petition asking for an official definition of the terms “beef” and “meat,” in a bid to keep plant-based proteins out of the description.A herd of beef cattle gather in the shade of old barn on May 4, 2020 in Owings, Maryland.Mark Wilson | Getty Images News | Getty Images”Incumbent producers are going to lobby their governments hard to change the labelling, to mess around with consumer advertising to say you can’t call it meat,” Powell told CNBC via Zoom. “I think that’s potentially one of the biggest barriers.”The European Union in October rejected proposals to ban restaurants and shops from using words such as sausage or burger when describing meat alternatives.Consumer confidence, consumer fatiguePowell added that if any of the plant-based meat companies had “some kind of accident” or problem with their recipe that results in a “massive recall,” that could make customers afraid of eating these alternatives.”This is a big ‘if’ … but if they were to have a big recall of product, then that might dent consumer confidence,” he said. “At some point, you’re going to get these events. That’s going to set the industry back a bit.”Separately, Powell said the “Instagrammability” of plant-based food is one reason why the market is growing “everywhere in the world.” Growth of the market could be hindered if the novelty of meat alternatives fades away or wears off, he said.

Covid vaccine distribution has been slower than U.S. officials thought it would be
Covid resurgence in some parts of Asia could threaten the region’s economic recovery
To Top
error: Content is protected !!
Top