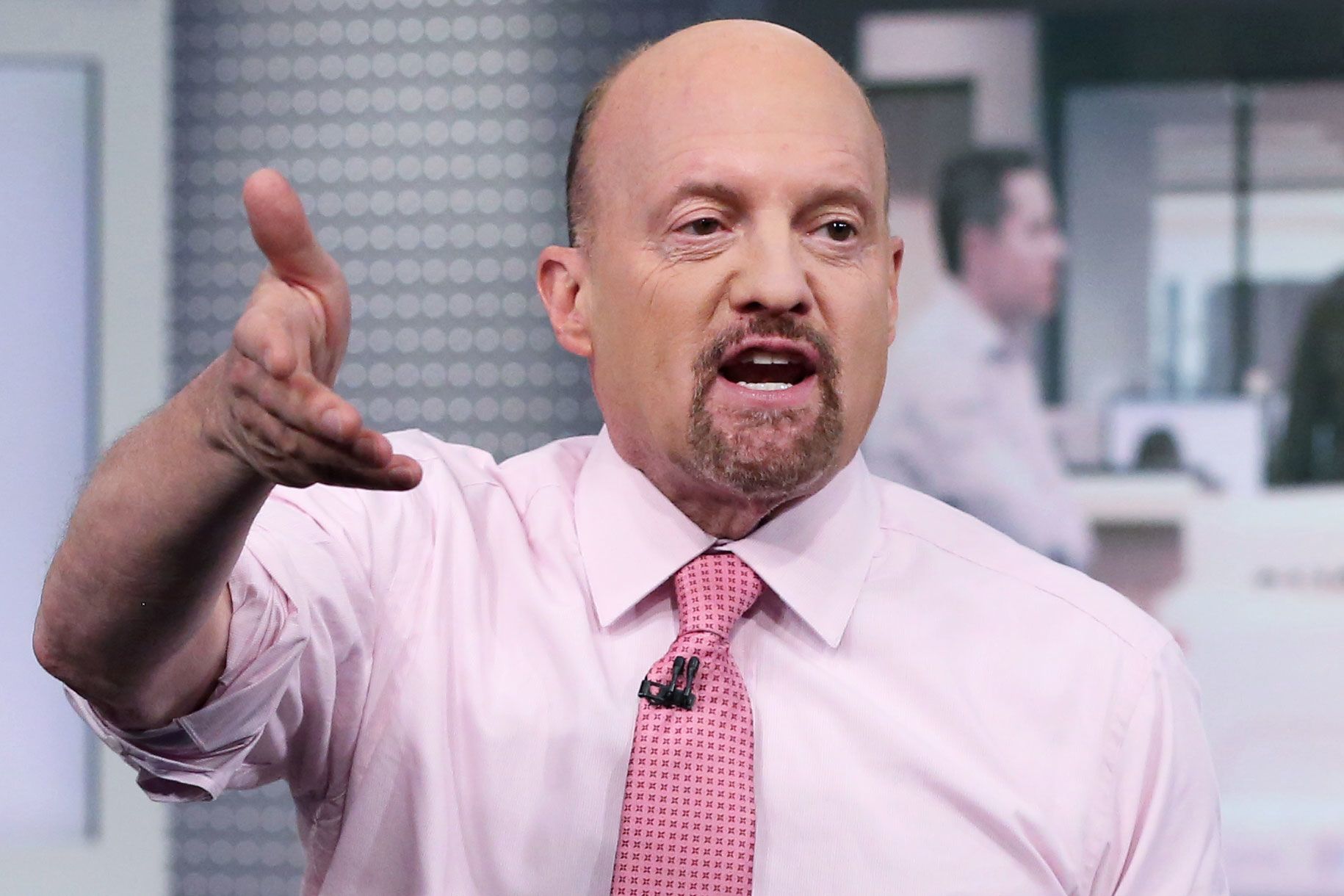 CNBC’s Jim Cramer said Wednesday that bluebird bio could be a takeover candidate.

The clinical-stage biotechnology company, which develops gene therapies for severe diseases and cancer, has a $6.7 billion of market capitalization.

“I think it’s a great spec. I really do,” the “Mad Money” host told a viewer in New York. “I think it’s got marvelous technology and it would not shock me if somebody did buy them.”

Traders work on the floor at the New York Stock Exchange May 7, 2019.

The market sell-off has reached the “emotional stage” and investors should begin scouting opportunities to buy stocks, Cramer said.

The three major U.S. indexes all declined less than 1% during the trading day as traders confidence in stocks as an asset class, he said. That makes it a good time to get ahead of the curve and reenter the market at discounted prices, he said.

“Now that people are really freaking out … I think it’s time to start picking up stocks into weakness. That’s not cheerleading, it’s discipline,” Cramer said. “So if you’ve got some cash on the sidelines, I think you can possibly begin putting it to work. But slowly and surely, and not with a degree of gusto because it’s not warranted.”

Emotions have overtaken the market, he said.

The Treasury Department in Washington, D.C.

Long-term U.S. Treasury bonds are down. Unless they reverse course, the stock market could be headed for more downside, Cramer said.

“Every down tick in the 10-year [bond] is viewed as a sign of impending recession. I think we can throw off the yoke of the bond market eventually, but first stocks need to get oversold,” he said. “We need some better earnings reports, specifically from retailers … and we simply aren’t there yet.”

Calvin Klein-parent PVH saw its share price plunge 10% in extended trading after it delivered a slight earnings beat and revenue miss in its first quarter, and weak guidance for the following quarter.

CEO Manny Chirico told Cramer that they saw some softness in the quarter, which was reflected in its results and forecast. Yet, none of its shortcomings came from tariffs on Chinese imports, he said.

“What we’re really just seeing is a slowdown in growth [and] a slowdown in retail sales in general,” he said. “Big impact here in the U.S. is lack of international tourism and tourism purchasing, and the strong dollar … currency [over the past three months] is down 3% to 6%. So we’re really feeling it there, as well.”

Chirico expects that the company will see a turnaround in the second half of the year.

Logitech CEO Bracken Darrell sat down with Cramer to discuss how tariffs on Chinese goods have impacted the computer maker.

Darrell explained how the company plans to move its operations out of China and into nearby countries to avoid pressure if trade tensions with the United States continue to escalate.

Agco CEO Martin Richenhagen said Wednesday that management has made moves in the past year to improve operations and detach itself from the whim of world affairs to deliver results for shareholders.

That translates to a revenue and earnings beat for the company’s first quarterly report of 2019 earlier this month, Richenhagen told Cramer. Agco reported nearly $2 billion in revenue and earnings per share of 86 cents, driven in large part by business in Europe and the Middle East regions.

“We focused on improvement initiatives already starting last year because we wanted to be independent from everything that is going on in a more volatile political environment, and I think we are doing fine,” Richenhagen said. “Our focus this year is on margin improvements and the same will be for next year.”

Cramer’s lightning round: We sold Anadarko. It’s time to move on

In Cramer’s lightning round, the “Mad Money” host sprints through his thoughts about callers’ stock picks of the day.

Anadarko Petroleum: “We sold that one for the charitable trust. It is time to move on, my friend.”

CVS Health: CEO Larry Merlo has “a big analyst meeting coming up and he’s gotta explain how he’s gonna be able to cut down that debt, pay down debt, and if he does that, then people would buy it. But I do not [recommend it] ahead of that analyst meeting. We gotta see what he says.”

Lowe’s: “I thought that [CEO] Marvin Ellison — I thought he explained himself very well … He’s working really hard to be able to get the place in shape, and no one has the conviction to stay with him except for me. I think if you buy that stock at $90, you’re gonna make a good buy. And Marvin, please come on this show because you know how to tell the story.”

We’re focused on improving our margins, not on China
Galaxy’s Edge’s cast members all have unique backstories and costumes
To Top
error: Content is protected !!
Top