We’re focused on improving our margins, not on China 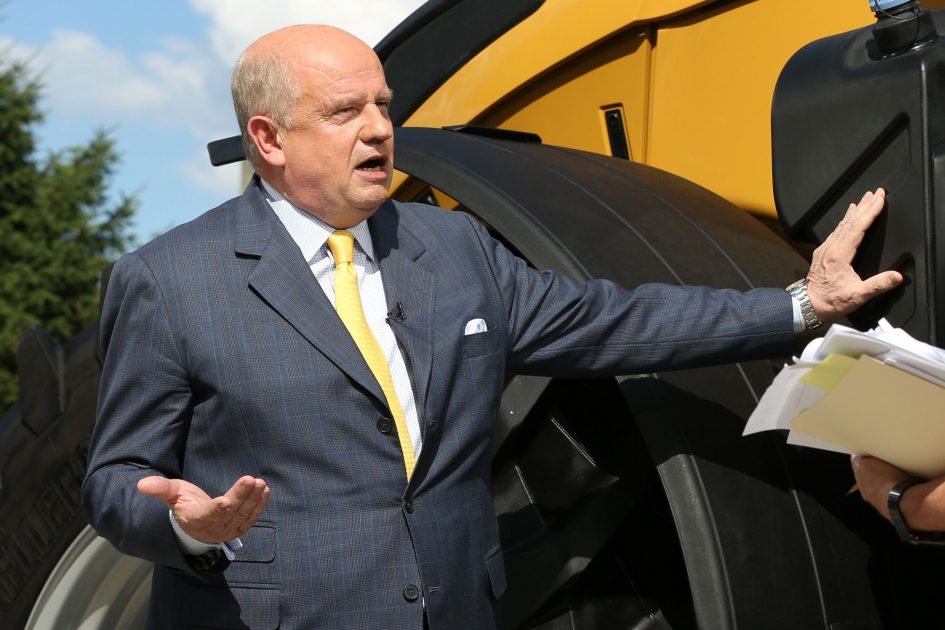 Agco CEO Martin Richenhagen said Wednesday that management has made moves in the past year to improve operations and detach itself from the whim of world affairs to deliver results for shareholders.

That translates to a revenue and earnings beat for the company’s first quarterly report of 2019 earlier this month, Richenhagen told CNBC’s Jim Cramer. Agco reported nearly $2 billion in revenue and earnings per share of 86 cents, driven in large part by business in Europe and the Middle East regions.

“We focused on improvement initiatives already starting last year because we wanted to be independent from everything that is going on in a more volatile political environment, and I think we are doing fine,” Richenhagen said in a “Mad Money” interview. “Our focus this year is on margin improvements and the same will be for next year.”

Richenhagen said the goal is to increase those margins to 8% in 2019 and 10% in 2020. Agco’s operating margin improved 190 basis points year over year to 4.6% in the first quarter. It was powered by sales growth and material costs reduction, among other initiatives.

“This is a great story for our shareholders,” Richenhagen said.

Agco, an agricultural equipment manufacturer based in Georgia, upped its full-year earnings guidance by almost 30 cents.

“When you spread basically your business all over the world you don’t depend so much on one single market,” he said.

When asked about trade tension between the United States and China, Richenhagen said he is “optimistic that, finally, a deal is done.” The two largest economies in the world are in the midst of a tariff fight that has slapped levies on hundreds of billions of dollars worth of imports from both countries.

“What we say at Agco [is] no farmers, no nation. I really mean it,” Richenhagen said — and leaders in Washington, D.C. understand that, he said.

While it will take time to rebuild relationships with China, which Richenhagen says is “pretty loyal” to maintaining contracts, American farmers are at an “advantage,” the CEO said.