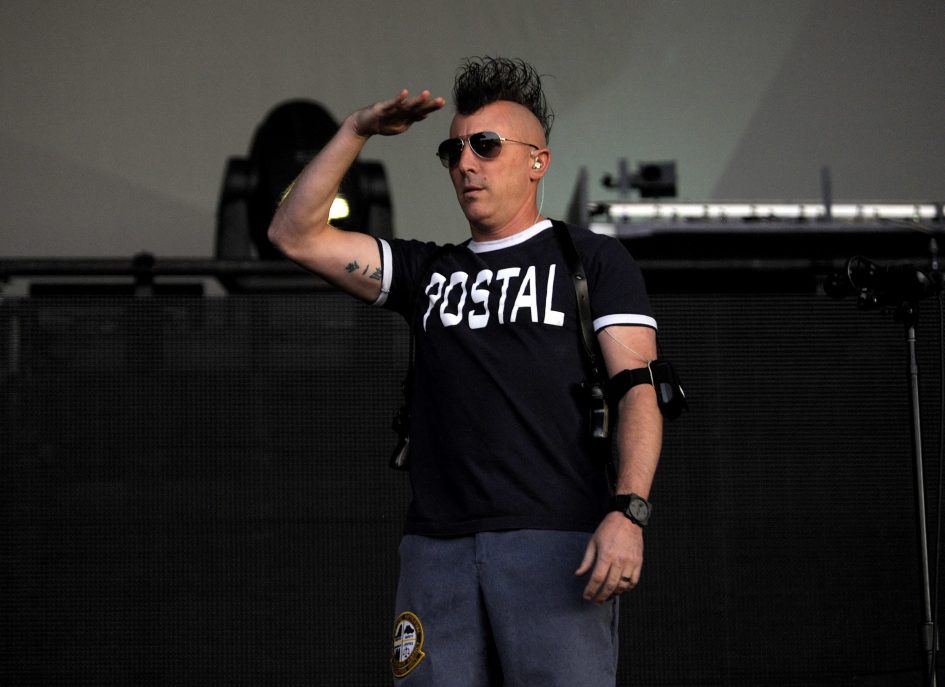 Maynard Keenan of Tool performs on stage at the Melbourne Big Day out at Flemington racetrack on Sunday 30th January 2011 in Melbourne, Australia.

It’s been 13 years since Tool has released an album, but that hasn’t stopped fan fervor for the metal band. Over the weekend, Tool’s “Fear Inoculum” debuted at No. 1 on Billboard’s 200 chart, dethroning Taylor Swift’s “Lover.”

The album’s impressive debut was hardly surprising considering how many music lovers raced out to record stores to pick up a physical copy of the CD when it was released in late August.

“I haven’t seen a line for a new release in a while,” Rob Roth, founder of Vintage Vinyl Records in Fords, New Jersey, said. “This proves that people still want to buy CDs. There was a line of over 50 people to pick up the Tool record.”

Roth said his shop sold out of the album within three hours of opening and shoppers were limited to one album each, although many asked to buy more than one. Each album sold for just under $40.

Part of the appeal of the new album was the special limited edition packaging. The deluxe package includes a tri-fold soft pack video brochure with a 4-inch HD rechargeable screen that plays exclusive video footage, a USB charging cable, a two watt speaker, a 36-page book and a MP3 download card. Fans that didn’t grow up in the age of streaming still delight in pouring over liner notes and other extras packaged with an album.

“Several stores had well-attended midnight sales on Thursday [Aug. 29]. (It was my store’s first midnight sale in 10 years),” Michael Bunnell, executive director of the Coalition of Independent Music Stores, wrote in a statement last week. “When we returned to work on Friday morning, there were lines at the door. We had to shut down online sales because we feared we couldn’t supply our local customers with a new release that was literally flying out the door.”

“Fear Inoculum” sold 270,000 units in the U.S. and also debuted No. 1 in Australia, Norway, New Zealand, and Belgium, and in the Top 5 in the U.K., Germany, The Netherlands, Ireland, Italy and Finland.

“The release of Tool’s ‘Fear Inoculum’ is a truly a momentous event, and the overwhelming reaction is a real testament to the incredible effort the band put into their music and their art,” Nick Pirovano, vice president of marketing at RCA Records, said. “Sales are incredibly strong both from the huge word of mouth on the physical package and the long awaited availability of the band’s music on the digital services.”

Tool’s catalog also recently saw a massive surge in popularity after the band finally uploaded their lexicon of music to streaming platforms and digital storefronts. For years the band had not allowed their music to be sold online.

“Yes, the Tool release was the biggest thing to hit retail in years,” Bunnell wrote. “Physical retail still matters, and if the content is good and the packaging is carefully considered, anything can happen.”

Roth, too, praised Tool for putting care into the package of the album.