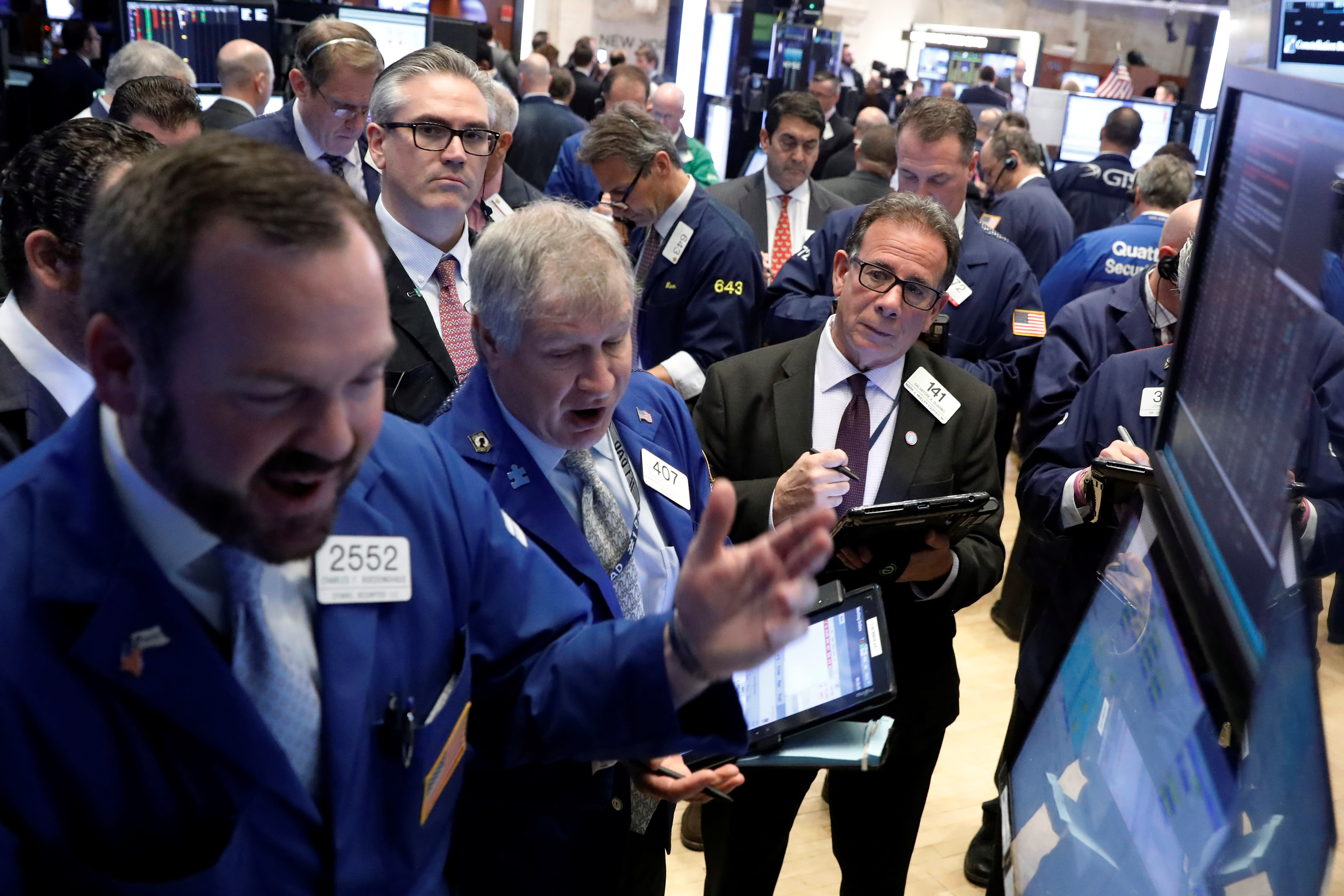 AT&T — AT&T rose 3.3% in midday trading after noted Wall Street activist Elliott Management disclosed a $3.2 billion stake in the company. Elliott – founded by Paul Singer – said in letter to AT&T’s board that it hopes to help the telecom company trim unneeded assets and it could see shares above $60 after refocusing its business strategy.

Chipotle — Shares of fast-food Mexican restaurant chain Chipotle gained 2% following an upgrade to outperform from neutral by Wedbush. The firm hiked its 12-month price target to $980 from $780, expecting the company’s digital sales to drive up sales by 30% by the end of 2021. The stock hit a new 52-week high on Monday.

Las Vegas Sands — An analyst at Deutsche Bank upgraded the casino operator to buy from hold, lifting its stock by more than 2%. The analyst said bearish sentiment around Macau’s gaming market is creating an “attractive” entry point for longer-term investors.

Acadia Pharmaceuticals — Acadia shares surged 62% after the company announced an early ending to a successful Phase 3 trial for its Pimavanserin drug. The drug meets its “primary endpoint” with patients suffering from dementia-related psychosis, the company said in a release.

Energizer — Shares of the battery maker rose 4% after an analyst at Bank of America upgraded them to buy from underperform. The analyst said all the major risks facing the company are known, adding there is “confidence” in Energizer’s ability to turn the business around.

Bank of America, Citigroup, J.P. Morgan Chase — Bank stocks got a lift as Treasury yields rose after China reportedly offered to increase U.S. agricultural product purchases in exchange for easing sanctions on telecom giant Huawei. The 10-year yield rose to 1.61% while the 2-year rate climbed to 1.57%. Bank of America and J.P. Morgan Chase both rose more than 2% while Citigroup advanced 3.5%.

—CNBC’s Tom Franck and Maggie Fitzgerald contributed to this report.