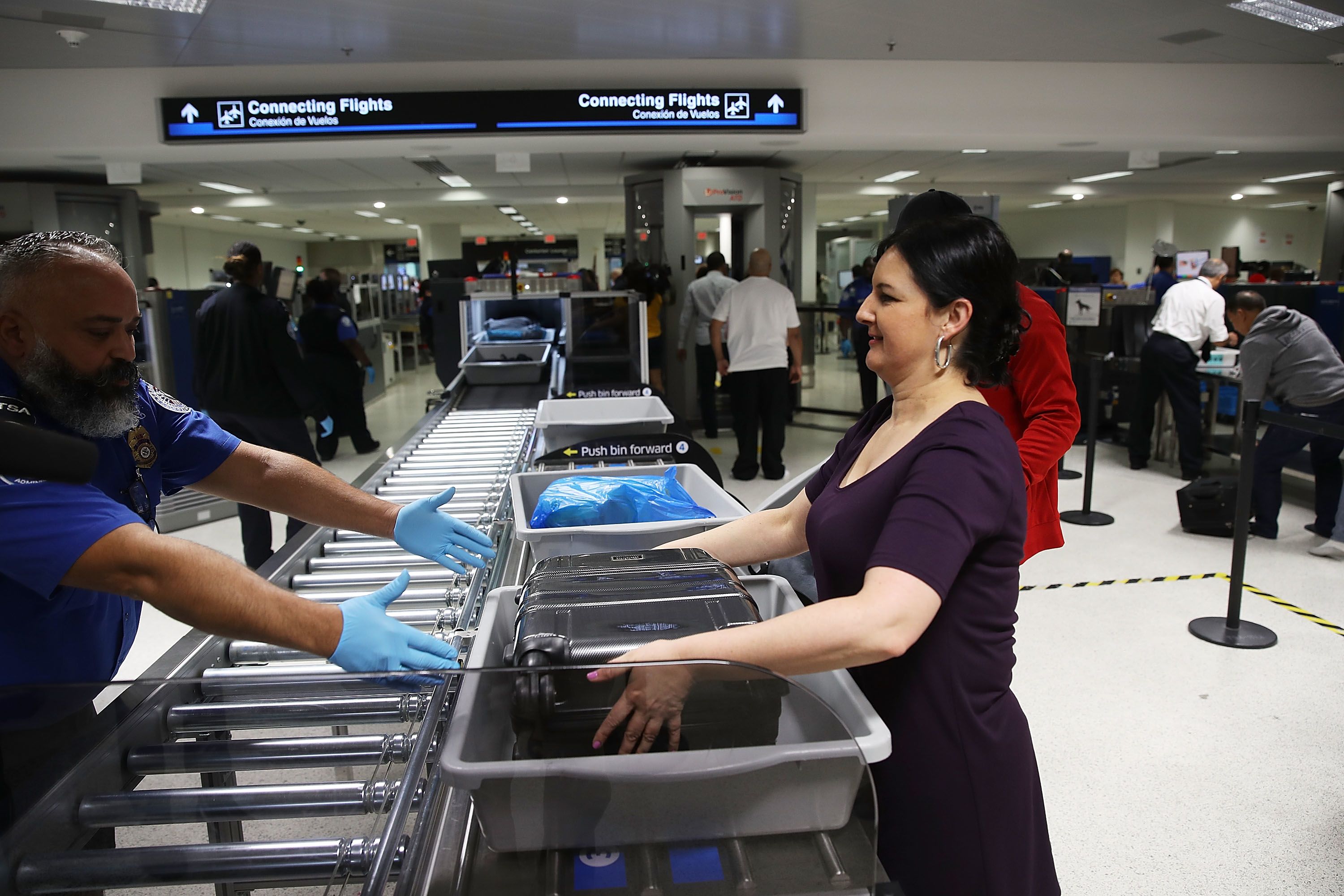 Travelers use the automated screening lanes funded by American Airlines and installed by the Transportation Security Administration at Miami International Airport.

They left nearly $1 million at security checkpoints at U.S. airports in the last fiscal year, which ended on Sept. 30, 2018, the Transportation Security Administration said this week.

As they scrambled to get their laptops back in their bags, perhaps hopping on one foot as they put their shoes back on, and dash to their gates, passengers left a record $960,105.49 in unclaimed money at these checkpoints, a more than 10% rise from the previous 12-month period.

The increase comes along with a rise in air travel in the United States. Domestic and international airlines serving the U.S. last calendar year carried a record 1 billion travelers, according to the Department of Transportation.

The mad-dash to get off the security line leaves travelers, particularly those who stack bins without taking a careful look inside, at risk of leaving change or even a wallet, said the TSA, which recommends travelers put items from their pockets into their carry-on bags before going through the checkpoint.

Another distraction: the bins themselves.

“Unfortunately, it is easy for passengers to accidentally leave items, including wallets and loose change, in bins, TSA says. “This is because if an advertisement is at the bottom of a bin, a traveler who glances into the bin for anything remaining may be distracted by the advertisement and not realize there is some change in the bin.”

It’s not just change that travelers leave at checkpoints but sometimes “unmarked envelopes of cash.”

So where does all that money go?

TSA has historically used the money for checkpoint maintenance and the translation of signs into languages other than English, said agency spokeswoman Lisa Farbstein. The TSA is planning to use last year’s recovered money for checkpoint training, according to the agency.

Mexican tariffs would be bad news for denim retailers
Robert Pattinson in talks to play Batman in 2021 film
To Top
error: Content is protected !!
Top