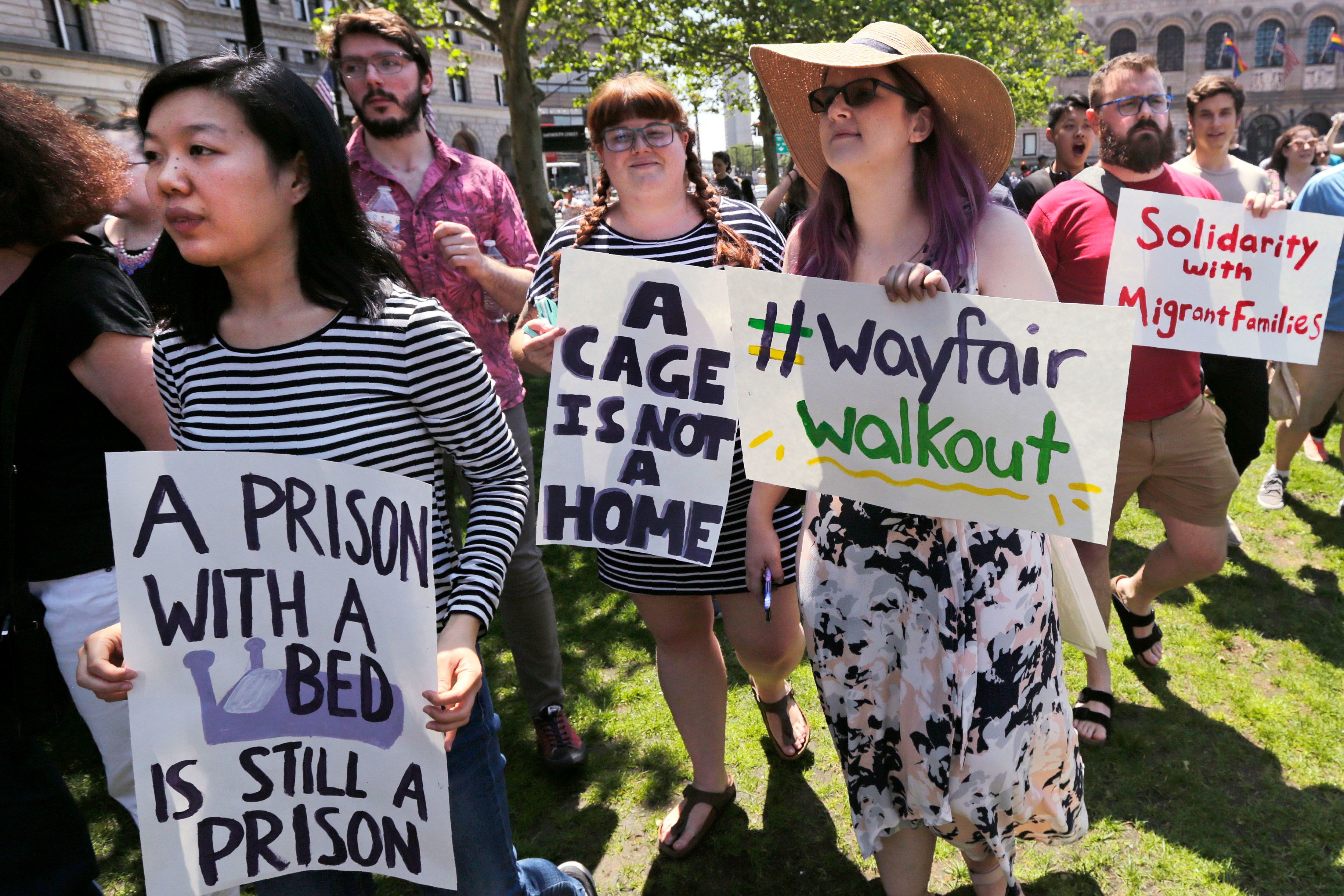 Employees of Wayfair march to Copley Square in protest prior to their rally in Boston, Wednesday, June 26, 2019.

The Trump administration took issue Thursday with Wayfair’s critics who are protesting the company’s sale of beds to detention camps for migrant children from Mexico.

“Those who are protesting Wayfair’s sale of beds for unaccompanied alien children need to ask themselves what the alternative should be to keep the children comfortable,” said Evelyn Stauffer spokeswoman for the Department of Health and Human Services’ Administration for Children and Families.

Wayfair was drawn into the Trump administration’s immigration debate this week, with some customers calling for a boycott of the home goods retailer after employees protested the company’s sale of $200,000 of mattresses and bunk beds destined for a Texas detention camp for migrant children.

Stauffer said the Office of Refugee Resettlement is “working tirelessly” to expand shelter capacity so detained children don’t have to sleep in facilities designed for adults.

“This includes purchasing brand new beds for the children and other supplies,” she said in an email. “We appreciate businesses that are able to quickly supply these necessities to provide comfort to the children.”

Immigration lawyers who have interviewed some of the children being held at U.S. detention camps describe bleak conditions with inadequate food, water and sanitation. Federal rules call for the children to be held by the Border Patrol for no longer than 72 hours before they are transferred to the custody of Health and Human Services, which houses migrant youth in facilities around the country.

Government facilities are overcrowded and five immigrant children have died since late last year after being detained by Customs and Border Protection. A teenage mother with a premature baby was found last week in a Texas Border Patrol processing center after being held for nine days by the government.

Under the hashtag #BoycottWayfair, customers and businesses took to Twitter to announce they were canceling orders from the online home goods retailer, returning purchases and boycotting the retailer until the company apologizes. One employee estimated that 500 workers walked out of the company’s Boston headquarters in protest at 1:30 p.m. ET Wednesday, holding signs that read “solidarity with migrant families” and “people not prisons.”

The Associated Press contributed to this report.