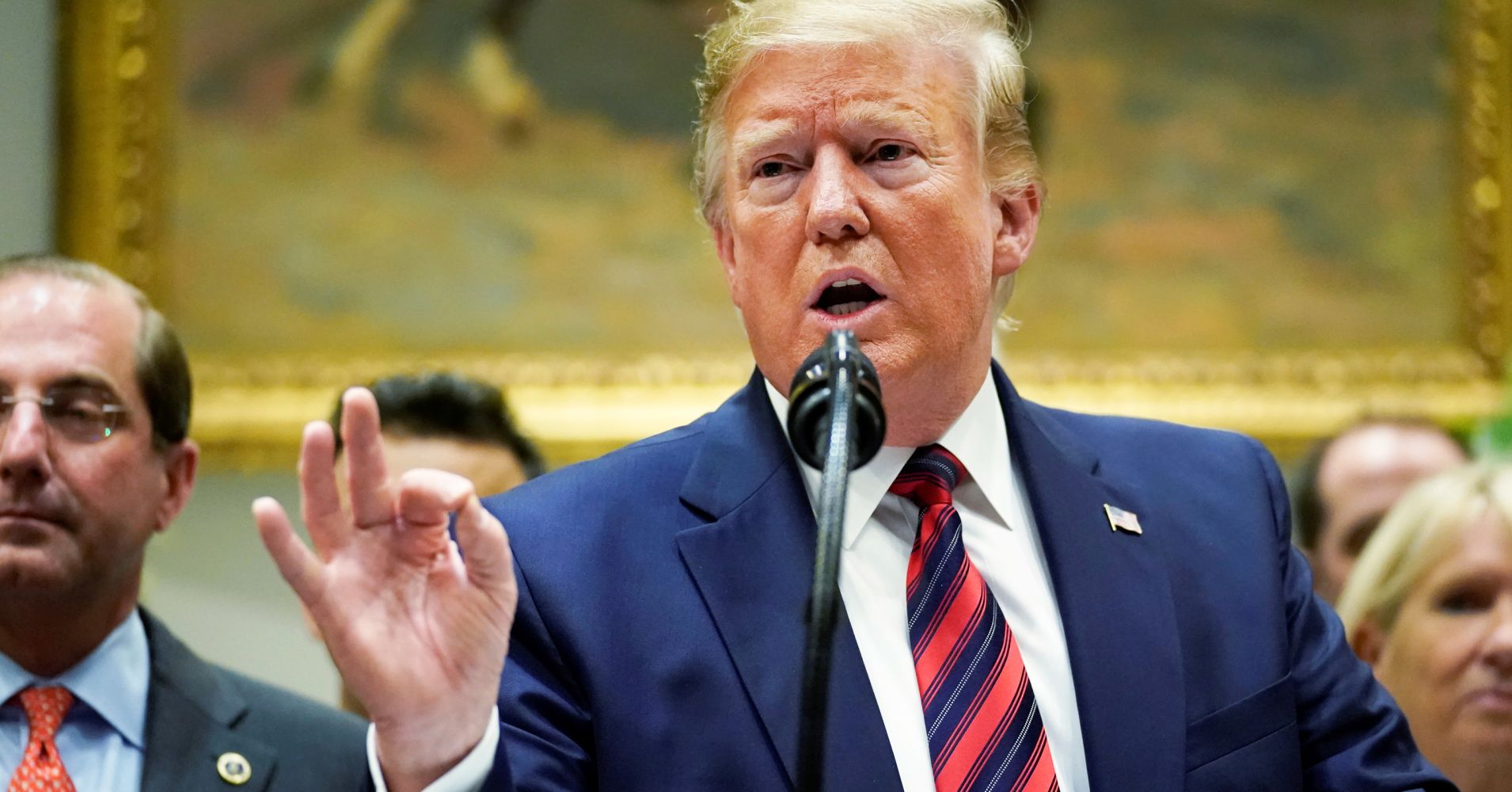 President Donald Trump continued his campaign to lower health-care costs in the U.S. on Thursday, announcing a new push for legislation designed to end surprise medical bills that leave Americans saddled with costs for care that they thought were covered by their insurance.

“This must end. We’re going to hold insurance companies and hospitals accountable,” he said, adding “this will be something that will have a big impact, maybe an even bigger impact than the health-care bill.”

The announcement comes as the White House pushes the health-care industry for greater transparency and lower prices. Just Wednesday, the administration finalized a rule that will force pharmaceutical companies to list drug prices in TV ads. Trump also said Thursday he would support states that allow residents to import drugs from other countries as part of his continuing campaign to lower costs.

The new push on medical bills comes as the administration starts to implement parts of its “Drug Blueprint” to lower prescription drug prices.

Surprise bills have become a growing issue for consumers, as insurers and large employers have placed greater emphasis on medical networks. Patients who choose providers who are out of network face larger out-of-pocket costs.

The problem often arises with hospital care, when patients don’t have a choice, such as when they are taken to an emergency room that is out of network. Yet even a patient who carefully chooses to have surgery at an in-network hospital may later discover that the anesthesiologist was not part of their insurer’s network.

In both cases, patients can get billed for expensive out-of-network charges, which can run in the thousands of dollars.

Administration officials say that a small number of facilities are taking advantage of Americans, noting data that shows 15% of hospitals nationally are responsible for 80% of surprise bills.

The administration plans to push Congress to enact legislation to prevent patients from being charged an out-of-network rate when they have no choice, especially for emergency care. For elective procedures, they will push for legislation to require hospitals to provide greater transparency on out-of-pocket costs before patients receive care.

Senior administration officials would not outline how the government could compel insurers and providers to lower out-of-network bills for patients, but they want to prohibit patients from being billed separately for out of network when they could not make a prior choice.

Sens. Bill Cassidy, R-La., and Maggie Hassan, D-N.H., are among a bipartisan group in the Senate working on legislation to protect patients from surprise bills in those situations. Both attended Thursday’s White House announcement.

Joe Grogan, director of the White House Domestic Policy Council, said Trump was moved by patient stories on surprise bills during a meeting earlier this year to do something about increasing transparency in the medical system. But the issue also resonates with members of the administration.

“Most people here on the White House staff and at HHS can recount stories from their personal lives … that have dealt with surprise billing with no explanation about why these bills are so big,” Grogan said.

He said he believes legislative efforts to prohibit surprise bills can be done without putting taxpayers on the hook.