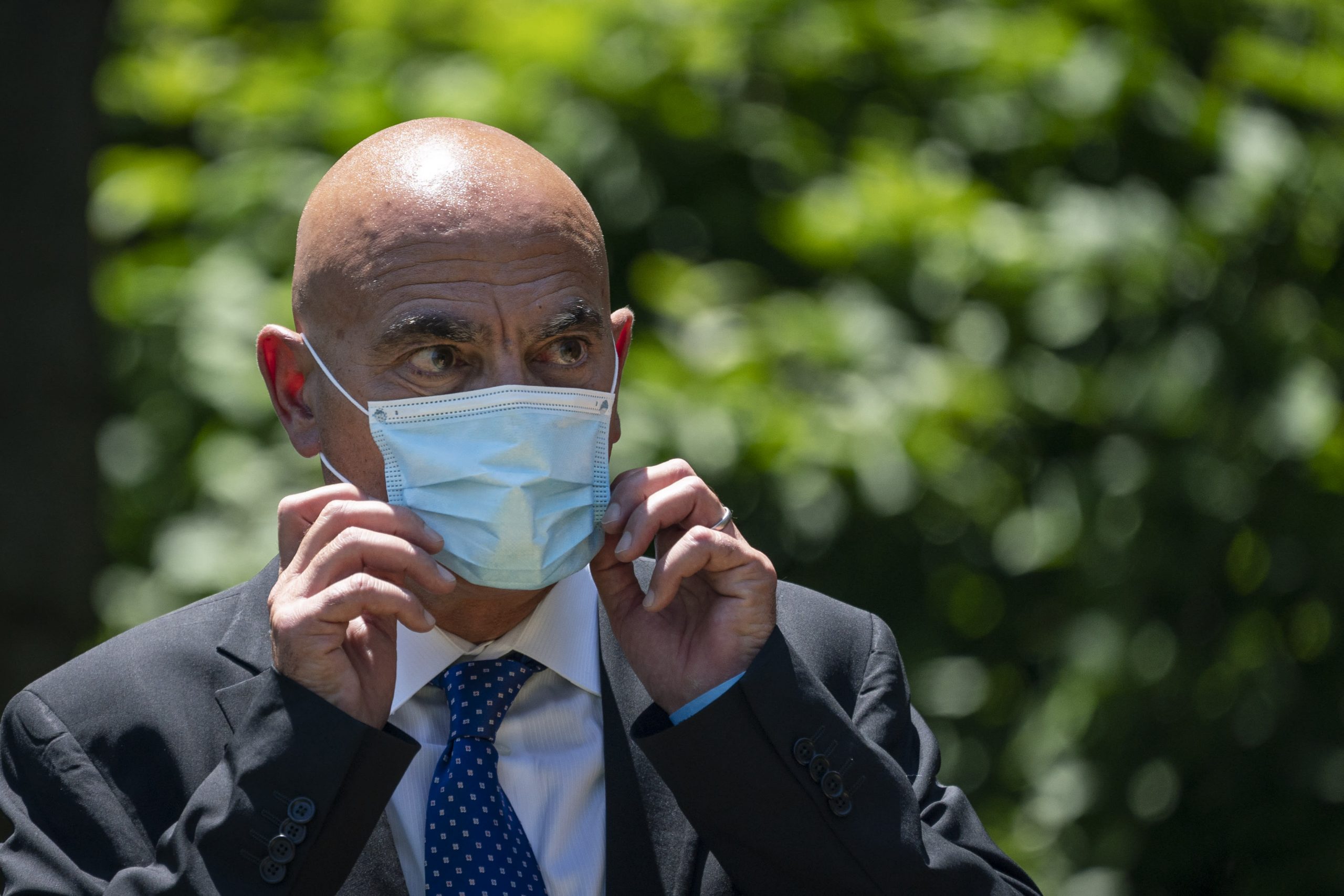 Dr. Moncef Slaoui, who oversees the Trump administration’s coronavirus vaccine program, told CNBC on Monday he hopes its work to fast-track development is not interrupted by a transfer of power to President-elect Joe Biden.”We’re not going to be distracted by circumstances or context,” Slaoui said on “Closing Bell.” “We’re going to continue running as fast as we can, as well as we can, always looking after safety and efficacy of the vaccines. And clearly, we would hope there is no disruption because of the transition.”The remarks came in response to a question about comments made earlier Monday by Biden, who said “more people may die” if the Trump administration fails to adequately coordinate with Biden’s staff on its plans to distribute a vaccine throughout the United States.”How do we get over 300 million Americans vaccinated? What’s the game plan? It’s a huge, huge, huge undertaking,” Biden told reporters after a speech on the economy. Numerous media organizations, including NBC News, called the election for Biden more than a week ago. However, President Donald Trump has refused to concede the presidential race, and his administration has yet to kick off the formal transition of power while the campaign pursues various legal fights related to the election results in battleground states.”If we have to wait until Jan. 20 to start that planning, it puts us behind, over a month and a half,” Biden said, referencing the date of Inauguration Day. “And so, it’s important that it be done, that there be coordination now.”Slaoui, who spent decades at British pharmaceutical giant GlaxoSmithKline, was appointed in May to oversee the Trump administration’s multi-agency vaccine program, known as Operation Warp Speed. It has doled out billions of dollars to drugmakers to help accelerate research and development, along with manufacturing and distributing vaccines should they receive regulatory approval. That complex mission has not changed in recent weeks, Slaoui said.”Since Day One our objective has been to go fast. And absolutely every day and every hour counts, and that’s why we are where we are,” he said. “Our focus is to save American lives, and people’s life in general, and that’s what we will continue focusing on.”The U.S. government has invested over $2 billion in biotech firm Moderna, which earlier Monday announced preliminary data that showed its vaccine was more than 94% effective in preventing Covid-19. The company said it hopes to apply for emergency use authorization from the Food and Drug Administration in the coming weeks.Slaoui, a former board member of Moderna, called the results from the interim analysis a “major achievement” that was due, in part, to the federal government’s support for the vaccine development. While regulatory approvals are still needed before the vaccine can begin to be distributed, Slaoui said the news should offer hope to a nation that has been upended by the pandemic.”I think we can really see that there is light at the end of the tunnel. We’re not going to be spending four or five years under these conditions,” Slaoui said. “I do think vaccines will be available from many different sources, including those from the operation and the companies we’ve partnered with. So, there is hope at the end, and for us, it’s not that far away.”— CNBC’s Noah Higgins-Dunn contributed to this report.

The creator of the Pfizer-BioNTech vaccine says life could return to normal by next winter
Kohl’s sales fall 13% as shoppers shift spending away from apparel
To Top
error: Content is protected !!
Top