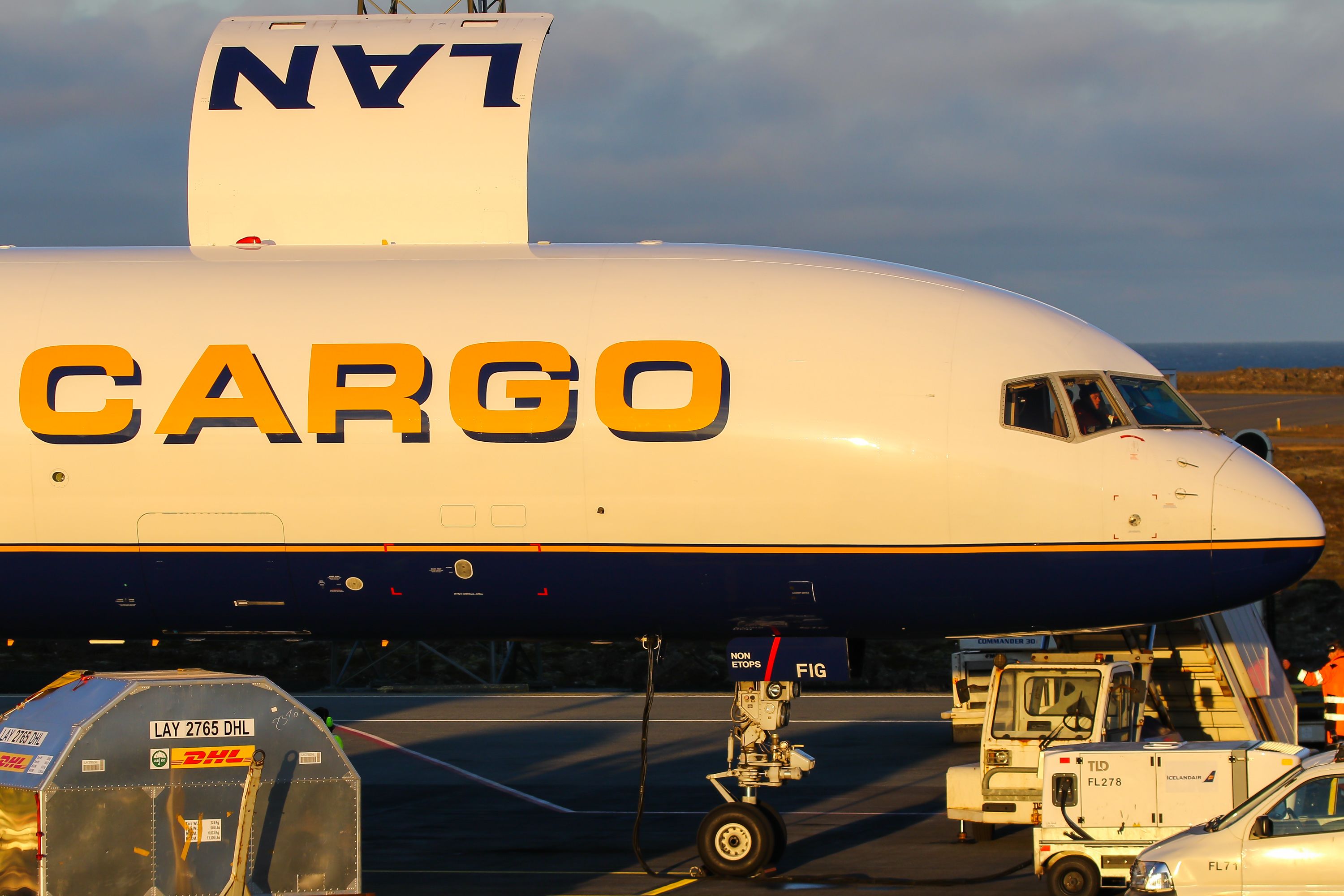 An Iceland Air Cargo 757 being unloaded in Reykjavik, Iceland.

Tariffs and trade tensions are biting the air cargo industry and some carriers are warning things could get worse.

Demand for the speedy shipments of high-value goods from consumer electronics to industrial components to apparel that cargo airlines provide is falling, freight airlines are warning, just as they approach the busy year-end season.

Shares of Atlas Air Worldwide Holdings, which flies for DHL, Amazon and others, fell more than 22% on Thursday — their steepest one-day percentage drop in nearly six years. The carrier reported weaker-than-expected second-quarter profits before the markets opened due to softer demand and warned net income would fall on the year.

President Donald Trump on Thursday delivered what could be another blow to the industry: a 10% tariff by Sept. 1 on another $300 billion in Chinese goods coming into the U.S. The tweeted announcement sent markets tumbling.

Throughout the industry, executives are fretting over the prolonged trade battles and how that will affect demand amid an already-reduced economic growth outlook. Some recent economic indicators have been downbeat, such as the U.S. factory activity, which slowed to a nearly three-year low in July.

If trade issues “don’t get resolved soon, it’s going to get a lot worse,” said Stephen Fortune, principal at Fortune Aviation Services, an aircraft investment firm that specializes in the air cargo business.

Air cargo demand, measured by freight-ton kilometers, fell 3.3% in the first five months of 2019 from the year-earlier period. The percentage decline was more than double that in the Asia-Pacific region, according to a report earlier this month from the International Air Transport Association, a trade group that represents most of the world’s airlines.

Air cargo had been a small but growing corner of large passenger airlines’ revenue but that business is suffering, despite recent strength in shorter flights for e-commerce customers.

Unit revenue at Air France-KLM’s cargo business fell 7.5% in the three months ended in June from a year earlier because of U.S.-China trade tensions and economic weakness.

“We don’t know yet what will be the trend in the next quarter, but clearly, this minus 7.5% of unit revenue for the cargo is not a good signal,” the Franco-Dutch airline’s CFO Frederic Gagey said on an earnings call.

Lufthansa Group said this week that weak demand between Europe and Asia drove down its cargo profit by 88% to 15 million euros ($16.6 million) in the first half of the year, prompting it to reduce capacity and cut costs.

Carriers are now bracing for what could become a worsening trend as the trade war continues with no end in sight as they prepare for the fourth quarter, when demand for air shipments peaks.

Still, Fortune and others in the industry argue that air cargo’s challenges aren’t signalling a downturn like the recession that ended a decade ago.

The slide in demand will likely “go from mild-to-medium,” Fortune said. “Trade still has to move.”

Atlas Air hasn’t had to discount, even temporarily, for new orders, and that the market is nowhere near as severe as in 2008 and 2009, CEO Flynn told investors.

“That’s not the situation we’re in,” he said.

Lowe’s lays off thousands of workers
Surprise! 2019’s box office may be poised to top 2018 record
To Top
error: Content is protected !!
Top