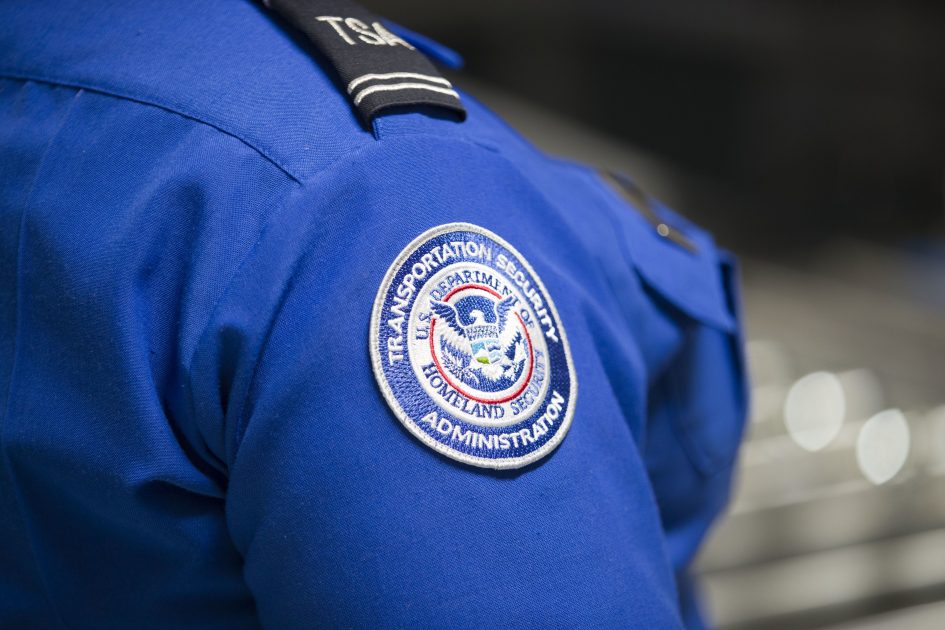 A Transportation Security Administration (TSA) agent’s patch is seen as she helps travelers place their bags through the 3-D scanner at the Miami International Airport.

The Transportation Security Administration on Tuesday said it suspended two officers with pay after an “offensive display” that local media described as a noose was found at a baggage-screening area at Miami International Airport.

“The display was immediately removed and an investigation was launched into who was responsible for the unacceptable behavior,” the TSA said in a statement. “TSA does not tolerate racist or offensive behavior and those found responsible will be held accountable for their actions.”

The officers were placed on administrative leave while it investigates the incident. The item was found in a baggage-screening area that is closed to passengers and the rest of the public, TSA said.

A spokesman for Miami International Airport declined to comment.

NBC affiliate WTVJ in Miami said a noose was found at the site.

Other workers at some of the country’s biggest companies have complained about workplace racial harassment. In June, a black employee at the Boeing’s North Charleston, S.C. plant sued the company saying it retaliated against him after he reported a noose hanging near his desk and that other employees urinated on his desk and chair.

In March, 19 UPS workers said they also discovered a noose at a distribution center in Ohio and alleged they were subjected to racial discrimination and harassment.

UPS said it fired two employees after an investigation into “peer-to-peer racially offensive conduct” at the Maumee, Ohio facility. It said it changed local management and that it continues “to be vigilant in our recruiting, hiring, and workplace programs at the Maumee facility, and around the world.”