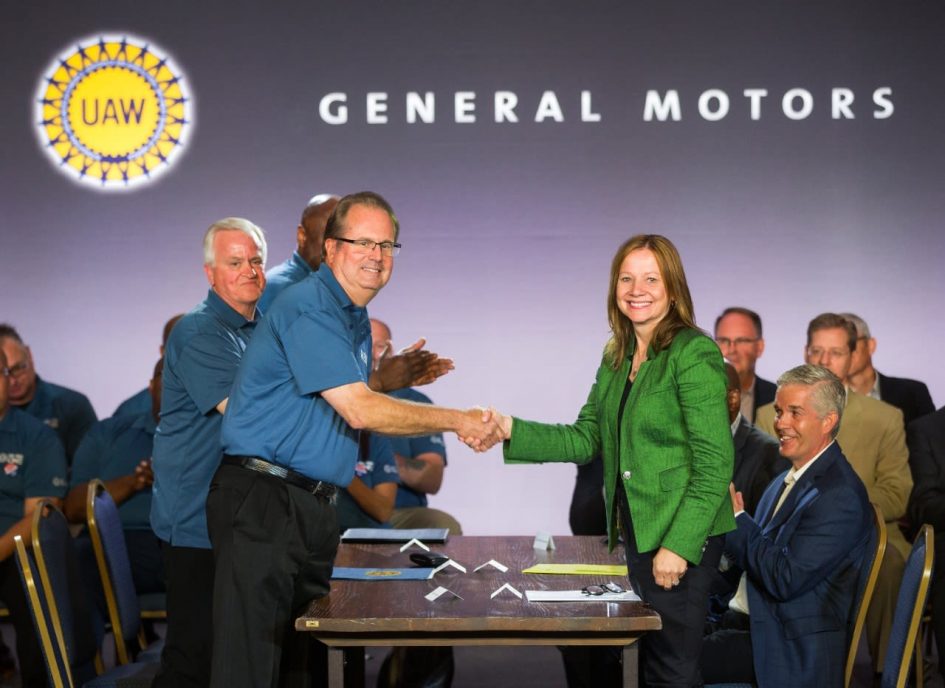 The union on Tuesday announced about 96% of members for each of the automakers supported the action. That’s slightly down from negotiations four years ago, when workers at GM and Fiat Chrysler supported a strike by 97% and Ford at 98%

The ongoing negotiations are expected to be the most contentious in at least a decade amid a slowdown in auto sales, a volatile trade environment and a widening federal probe into union corruption that led to UAW President Gary Jones’ home being searched last week by federal officials.

Jones has not been charged as part of the multiyear probe, which has led to the convictions of eight union and company officials affiliated with Fiat Chrysler. Charges were also filed last month against Michael Grimes, a former UAW official assigned to the union’s GM department, for allegedly receiving $2 million in kickbacks from UAW vendors.

The “strike authorization vote” is part of the union’s constitution and viewed as a routimentery step in the negotiations. The voting results are historically almost unanimous in support of the authorization. The vote does not mean there will or will not be a strike.

National or targeted strikes at any of the automakers could be detrimental to business. In 2007, a two-day strike against GM stopped production at more than 80 facilities in the U.S., costing the automaker more than $300 million a day, according to Buckingham Research Group.

Jones, in a release announcing the voting results, said no one goes into collective bargaining wanting a strike, but it is a “key tool in the toolbelt as our bargaining team sits across from the company.”

This year’s negotiations will set the wages and benefits for 158,000 auto workers and lay out the investment plans in the coming years for the companies. Current contracts expire on Sept. 14, however it’s common for that deadline to be pushed back weeks, if not months.

GM is expected to have the toughest negotiations with the union amid the automaker’s plan to potentially close four U.S. facilities, including large assembly plants in Michigan and Ohio. CEO Mary Barra announced plans late last year that impacted roughly 14,000 jobs as the largest U.S. automaker prepares for a soft economy and shift to electric and autonomous vehicles.