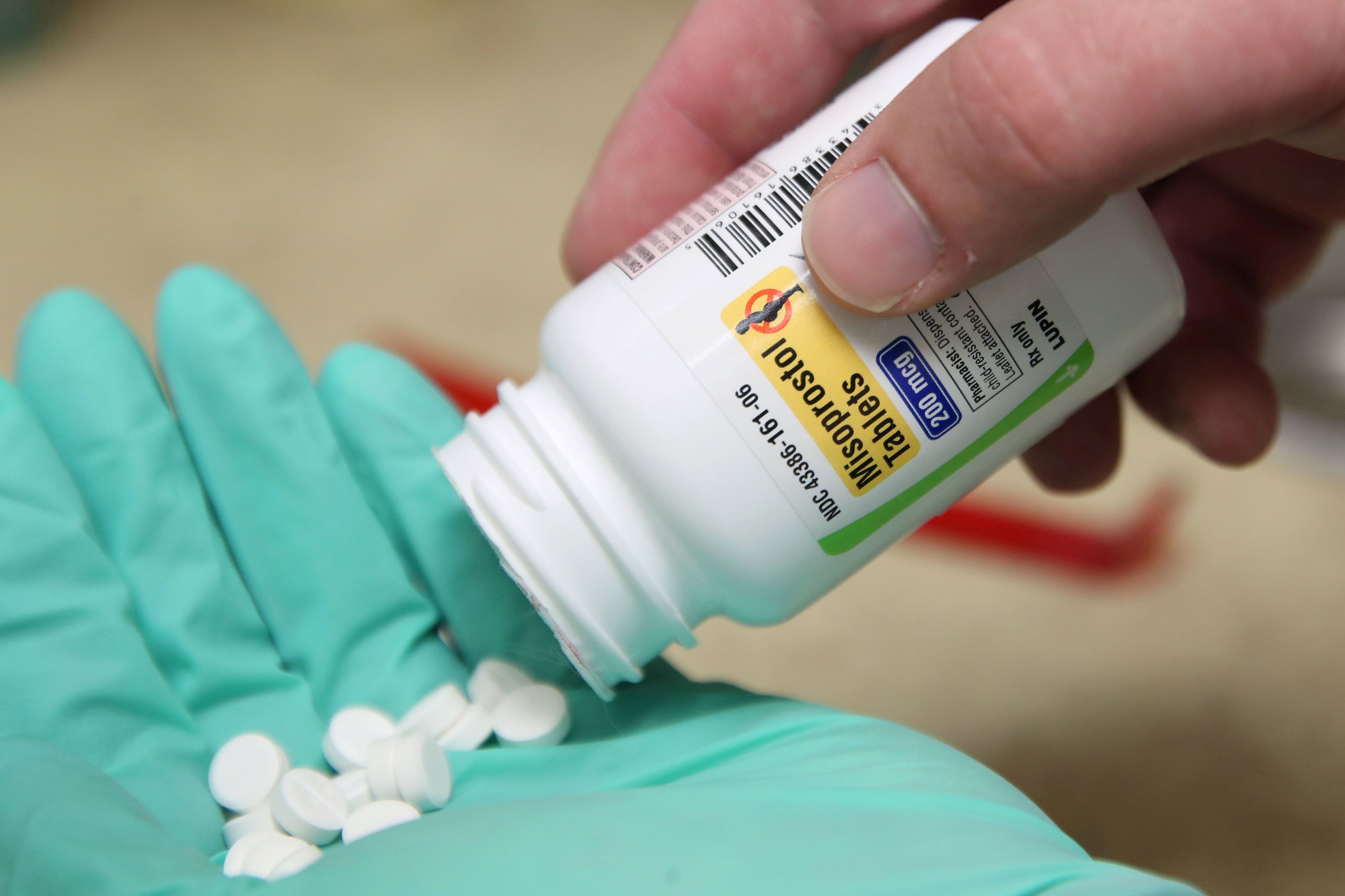 A pharmacist with pills of the drug Misoprostol, made by Lupin Pharmaceuticals, in Provo, Utah, June 19, 2019.

American women faced with new restrictions on abortions passed by a dozen U.S. states this year are turning to abortion pills from foreign online suppliers, and the states say there is little they can do to stop it.

In the year before many of these new restrictions passed Republican-controlled state legislatures, over 20,000 U.S. women sought the pills online from providers willing to defy U.S. federal rules over sale of the drugs that induce miscarriage.

One of them was Kayla, a 24-year-old Mississippi mother of two who terminated a pregnancy in January. She and her husband decided they could neither afford to raise another child nor get an abortion at the nearest clinic in Memphis, Tennessee.

“I wouldn’t know what to do if I didn’t have access to that,” said Kayla, who asked to be identified only by her first name. “I would probably right now be six months pregnant and miserable. It was my lifesaver.”

Abortion is one of the most divisive issues in U.S. society. Opponents cite religious beliefs about the sanctity of life, while abortion-rights activists say bans rob women of control over their bodies and futures.

The U.S. Food and Drug Administration has imposed strict rules on distribution and use of abortion pills, but state pharmaceutical regulators said they have no effective way of tracking and policing online orders from foreign doctors and pharmacies.

“We would only know that if someone were to report it to us,” said Larry Hadley, pharmacy board director in Kentucky, one of six states that passed a law this year banning abortion after six weeks, often before a woman knows she is pregnant.

Pharmacy board officials in Alabama, Ohio, Louisiana, Missouri, Georgia and North Dakota also said they were not aware of shipments of the drugs from unlicensed, foreign providers or how they would take action against them.

From March 2018 through March 2019, some 21,000 U.S. women sought the abortion-inducing pills misoprostol and mifepristone from the Austria-based website AidAccess.org, according to a University of Texas at Austin study.

In another measure of growing interest PlanCPills.org, a website that rates the safety of online pill providers, said the number of visitors has surged to as high as 8,000 people a day, up from a baseline of about 1,000 over the past few months.

The FDA has sent warning letters to foreign online providers, threatening seizure and injunctions unless they stop selling the abortion pills to American women.

“We remain very concerned … because this bypasses important safeguards designed to protect women’s health,” an FDA spokesman said in an email.

But some medical experts describe FDA regulations of these drugs as excessive. They cite studies published in medical journals showing that they pose a relatively low health risk and cause far fewer deaths among U.S. women than natural childbirth.

There is currently only one FDA-approved product, which the agency requires be dispensed in a medical office, clinic or hospital.

The pills, typically taken in the first trimester of pregnancy, thin the uterine lining to prevent the embryo from staying implanted and cause the uterus to contract, inducing a miscarriage. They should not be confused with the “morning after” pill that prevents pregnancy.

Risks from the abortion pills include possible heavy bleeding and, in rare cases, the abortion may fail, requiring follow up with surgical abortion, according to the Mayo Clinic, a prominent U.S. hospital system.

Of the 3.7 million women who took the FDA-approved brand of mifepristone to terminate a pregnancy between September 2000 and December 2018, 24 died from complications, according to FDA records.

AidAccess founder Rebecca Gomperts, a medical doctor based in Austria, received a letter from the FDA in March warning her to stop prescribing abortion pills. She has ignored it.

“I am responding to an urgent medical need of my patients,” Gomperts said in a phone interview. “I have a medical duty to do so and I do it.”

The abortion pills are typically priced at a fraction of the hundreds of dollars for a clinic abortion. Gomperts occasionally waives the cost entirely for women who cannot afford it.

Gomperts said she writes prescriptions for the pills for women who are less than nine weeks pregnant that are then filled by an Indian pharmacy. About three out of four women who contact her opt against the pills for a variety of reasons, she said.

Officials in Arkansas, Indiana, Tennessee, Utah and Mississippi declined to comment or did not respond to calls.

In Texas, where the number of abortion clinics has shrunk by nearly half since 2013, Kerstin Arnold, general counsel for the Texas State Board of Pharmacy, said the state had no way of regulating pharmacies outside the United States.

“I don’t even know where we would go trying to enforce that,” she said.

Morgan Stanley used AI to study its analysts and beat the market
NBC will stream ‘The Office.’ Here’s why it’s paying $500 million
To Top
error: Content is protected !!
Top