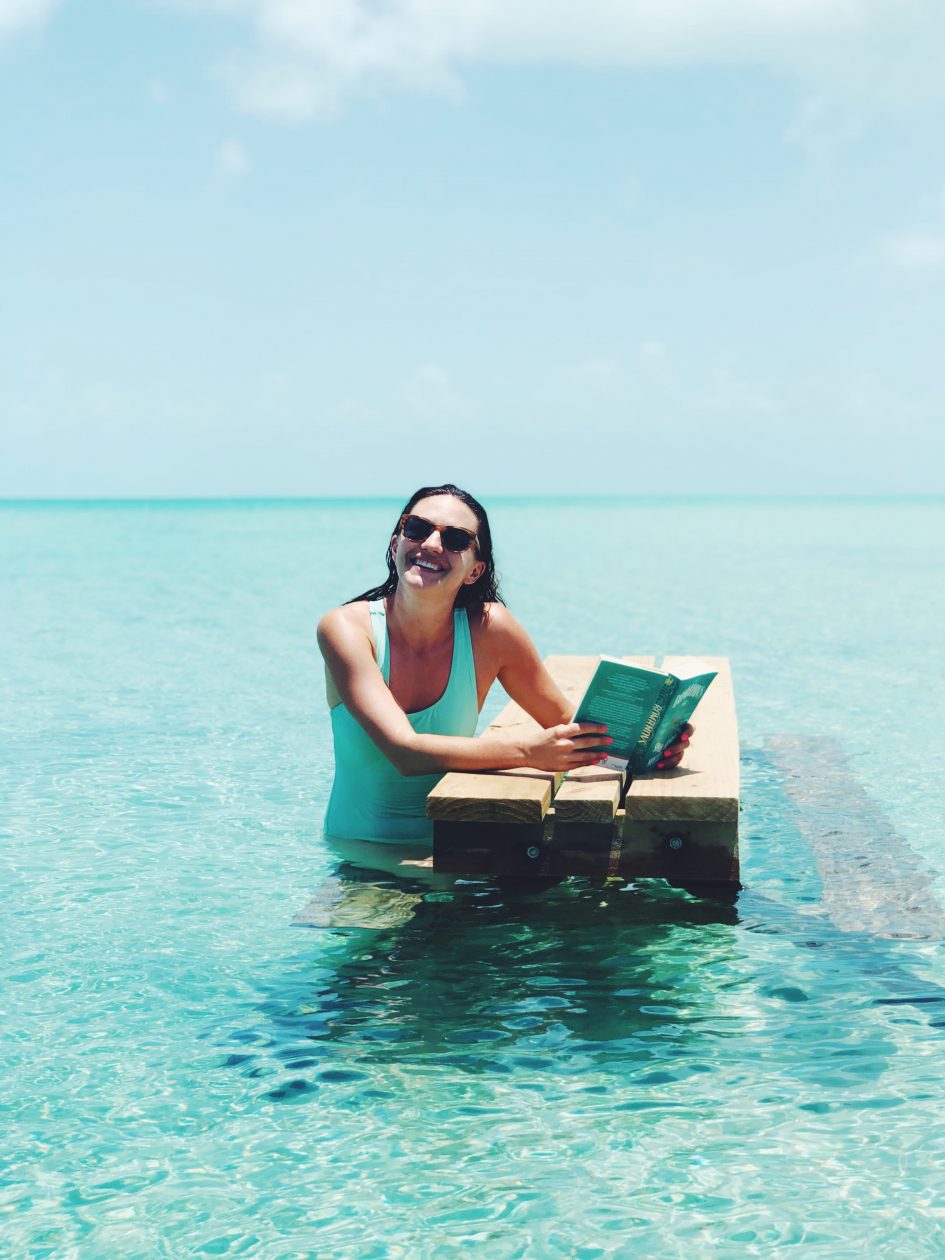 Christine Merrill, 31, bought two bathing suits from Andie ahead of her trip to Belize, after she was targeted by the brand on Facebook.

Almost all of Christine Merrill’s swimsuits used to be from Victoria’s Secret. Not anymore.

Recently, the 31-year-old, who works in ad sales in San Diego, was planning a getaway birthday trip to Belize and noticed a sudden flood of Facebook ads for brightly colored swimsuits from a brand called Andie. Curious, one day she clicked on one of the playful ads to check out Andie’s website. But she didn’t buy anything.

Then, for the next few days, Merrill said, the ads seemed to get more frequent. With her trip to Belize looming, she went back to Andie’s website again, noticed the swimsuit brand offered free shipping and free returns, along with a tool to suggest the best-fitting pieces, and she ended up buying three suits. She kept two of them and sent one back, thanks to a “very easy” returns process, she said.

“In the last few years, all these different [swimsuit] brands have popped up,” said Merrill, who runs her own travel-and-lifestyle blog on the side. “I am certainly susceptible to the targeting, if it works. … I feel like there was a time when Victoria’s Secret was the only option.”

When Victoria’s Secret, then the dominant brand in women’s swimwear, left the swimsuit business in 2016, it opened the floodgates for start-ups to conquer that market, which brings in more than $4.5 billion in sales in the U.S.

“When Victoria’s Secret exited, we were all [trying] to recoup that market share. But we came at it with style and also comfort,” said Lively founder and CEO Michelle Grant.

Lively started as an online lingerie business in April 2016. It launched swim in May 2017, when Grant said she noticed customers were wearing Lively’s bralettes, meant for day-to-day attire, on the beach. “Couple that with at that exact same time Victoria’s Secret was exiting a half-a-billion-dollar business,” she said.

Now, though Lively still sells underwear and bras at its core, roughly 25% of total sales are of swimsuits during the peak summer season, according to Grant. And she said the company is now planning to open a standalone Lively swim store — in Los Angeles or somewhere in Florida — as Lively has built trust with women in that category. “Swim is one of the hardest categories to get trust from people,” Grant said. Wearing a brand’s bathing suit, “you’re basically naked in public.”

Though Lively is known for selling underwear and bras, roughly 25% of total sales are of bathing suits during the peak summer season, according to founder and CEO Michelle Grant.

If you’re a younger, female customer like Merrill, it’s likely you’ve stumbled across one of Andie’s, Lively’s or swim brand Summersault’s ads on Instagram or Facebook, or on the subway if you live or work in New York. They all started their businesses online, amassed loyal followings on social media and are generating buzz this summer around their inclusive size offerings in swimwear, instead of trying to target American women en masse.

“The most effective direct-to-consumer brands are going after certain demographics,” said Web Smith, founder of retail research platform 2PM. “Companies like Andie are going after particular customers, whereas Victoria’s Secret is going after all women.”

Meantime, swimsuits can be difficult to master as a brand, he said, because “it’s such a technical fabric to make, products are very specific to fabric size … you can’t get it wrong.”

For Andie, getting product and fit right was the most important thing before moving into spending on digital marketing. The brand launched in April 2017 but didn’t spend on marketing until roughly May 2018, a year later, according to founder and CEO Melanie Travis.

“If you make a product women don’t want, you can pay all the money in the world to Facebook and Instagram, and people won’t buy it,” Travis said. “A lot of brands fail when they fail to understand the customer.”

And in swim, as in lingerie, there’s been a movement toward more women wanting coverage and comfort. Up-and-coming swimsuit maker Summersault’s motto, for example, is “Every body is a beach body.”

“So much of swim has been done in oversexualized ways,” Summersault co-founder Lori Coulter said. “Many legacy brands only know how to market this way.”

Summersault launched online in May 2017, selling $95 swimsuits targeting women over the age of 22, and just a few weeks ago rolled out suits for maternity sizes.

“Anyone can think they can do swimwear, but it’s really important to optimize fit,” co-founder Reshma Chattaram Chamberlin said. “We’re bridging the gap between functional and style at the same time. … It’s easy to make something shiny on Instagram, but if it doesn’t actually perform,” you’ll lose customers, and fast, she said.

People pass by a massive billboard Andie designed and painted in Williamsburg, Brooklyn.

L Brands’ Victoria’s Secret has since begun selling swimsuits again. But the bikinis and one-piece suits are only available online. And they’re not actually made by Victoria’s Secret like they used to be, but come from other brands, including Onia, Kenneth Cole and BCBGMAXAZRIA. A quick glance at the retailer’s website finds many of the suits are still risque, like its lingerie.

“I don’t go to Victoria’s Secret anymore,” Merrill said. “It’s a different aesthetic than what I’m looking for.”

Merrill said she does about 80% of her shopping online today, and she would buy from Andie again.

There are many women like Merrill when it comes to shopping for swim on the internet. Twenty-seven percent of swimwear is purchased online, compared with just 20% of total apparel, according to a study last year by NPD Group. And 78% of online swimsuit shoppers say they’re loyal to just one brand, NPD Group found.

“When I posted about them on Instagram, everyone asked: ‘Whoa, where was that bathing suit by?'” Merrill said about her first Andie purchases. “It felt like that was a community. So many of my friends were having this same conversation.”